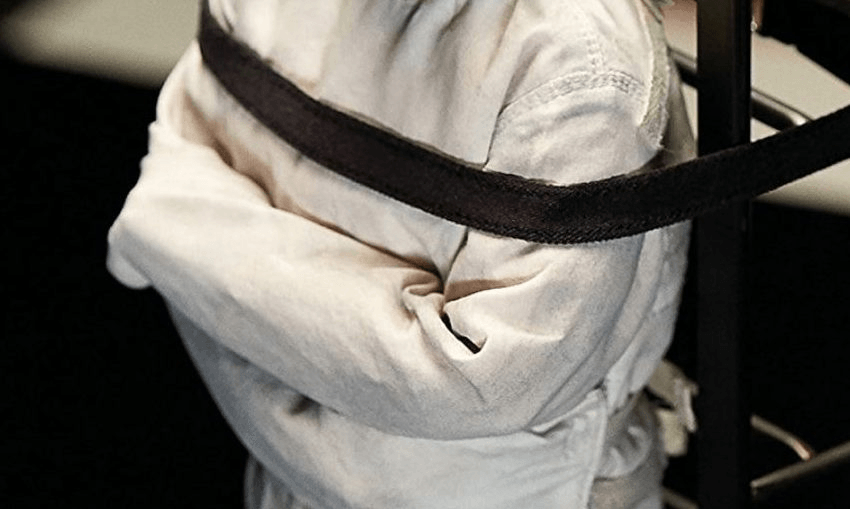 Why Labour and the Greens should tear up their fiscal straitjacket

The Budget Responsibility Rules are arbitrary and unhelpful, argues Branko Marcetic. When your house is in decay, a refusal to spend money to fix it is the opposite of prudent

Just over a year ago, Labour and the Greens unveiled a set of Budget Responsibility Rules that committed them to keep delivering budget surpluses, paring down debt to 20% of GDP, and keeping core Crown spending to 30% of GDP. It was a classic bit of Third Way politicking, attempting to win over centrist voters by appealing to the value of fiscal responsibility in an effort to shed the parties’ reputations as spendthrifts.

The trouble was, no one really seemed to care. Labour didn’t get any polling bump from the announcement (the Greens actually slightly lost support in its wake), and Labour continued to languish in the polls until Jacinda Ardern became leader months later.

Today, the parties’ “fiscal straitjacket”, as it’s come to be dubbed, is a bigger liability than ever. Suffice to say, it was always going to be a tall-to-impossible order to fulfil Ardern’s promises such as fixing problems like child poverty and future-proofing New Zealand against climate change while staying within these stringent rules. Now that the scale of disrepair in which National left the country has come to light, the agreement looks less like prudence than political masochism. It’s no wonder Marama Davidson, the Greens’ new female co-leader, has come into the position rubbishing the agreement.

So why not simply discard it? Electoral suicide, some would say: Labour would lose the centrist and right-leaning voters that helped get them in power. Yet from all indications, Labour won last year’s election in spite of the budget rules, not because of them.

For years, Roy Morgan has been polling New Zealanders about the “most important problem facing New Zealand”. The most recent poll, released last month, found the most common response by far was “economic issues” (34%), followed by “housing/homelessness,” “social issues,” and “environmental issues.” Drilling down to specific issues, the largest share of respondents chose “poverty/the gap between rich and poor,” followed distantly by housing issues.

And how does the issue of government spending poll? The issue is so unimportant it’s crammed into the catch-all category of “government policy/politics/human rights,” along with issues like leadership, political system, thoughts on various political leaders, refugees and immigration, and racism. Even then, the whole category polled at 10% (or 6.1%, if you’re talking about the not-quite-as-broad category of “government/politicians/politics”), suggesting that among the voting public, it’s an issue that barely registers.

It’s been this way not just since the election, but for years. Time and again, New Zealanders overwhelmingly cite economic and housing issues – what should be Labour and the Green’s bread and butter – as the country’s most pressing, with poverty and economic inequality becoming increasingly large concerns. The disparate hodge-podge category that includes government spending has generally stayed in the range of 6-10 percent.

In fact, if there’s been any change, it’s that New Zealanders who are concerned about economic inequality have become an even larger share, now appearing to count some of those who last August saw issues around housing and homelessness as most important.

So not only would jettisoning the budget rules be the financially responsible thing to do – National’s years in power have already shown how a rigid insistence on delivering budget surpluses ends up actually creating deficits  – there would be little political cost. Would the voters who put Labour, Greens and New Zealand First in the driver’s seat last September really be more disappointed at these rules being broken then they would if the years of underinvestment that are currently coming home to roost continue to wreak havoc? Common sense and polling numbers suggest no.

There would no doubt be a minor furore. National would call the coalition irresponsible spenders – what else is new? – and accuse them of breaking a campaign promise. But politicians have broken promises early on before and it hasn’t come with a political cost – just see John Key’s decision to increase GST early in his first term. In this case, dispensing with the budget rules is a broken promise most coalition voters would probably welcome. Who knows – it might even win them votes in 2020 from the struggling Kiwis who no longer bother turning up to elections.

And once they’re done reconsidering their budget rules, perhaps Labour can take another look at raising taxes on the wealthy. Given that the coalition will need money to meet its various ambitions – and given that 63% of New Zealanders (and 78% of Labour supporters) support raising taxes on people earning more than $150,000 a year for just such a purpose – it might not be the worst idea. Otherwise, the party will continue to have to resort to politically unpopular and largely unfair measures like raising taxes on petrol and other consumer goods that most hit the pocketbooks of those least well off.

But first, Labour and the Greens need to leave behind the rigid rules that few people outside the Beltway actually care about. When your house is in decay, a refusal to spend money to fix it is the opposite of prudent. New Zealanders have already had years of such fiscal “responsibility,” and they decided they didn’t want it.