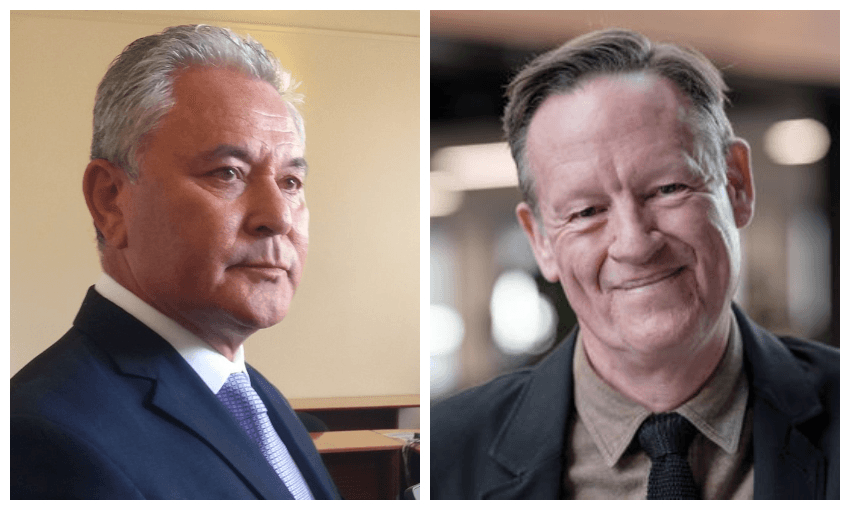 The Auckland mayoral hopeful and the journalist

John Tamihere’s unconventional campaign for the Auckland mayoralty continues, with his putting money behind a social media post attacking Simon Wilson’s coverage for the Herald.

Auckland mayoral hopeful John Tamihere has stepped up his increasingly hot war with Herald journalist Simon Wilson, putting money behind a tweet from late last week which compares the Tamihere-Goff contest to Trump-Clinton in 2016. According to Tamihere it’s a reference to a March 2019 column in which Wilson cast him as this race’s Trump and the incumbent as Clinton. “It’s uncanny,” Wilson wrote then. “John ‘Trumpface’ Tamihere v Phil ‘the Downunder Hill’ Goff. Bluster v boring. The outsider v the machine, frontrunners for the mayoralty.”

Tamihere says he has little option but to defend himself via any means he can, and views Wilson as being a Goff partisan. “If you look at his articles, they’re not just unkind, they’re unbalanced,” he says. “I’ve got a rogue senior journalist.”

For his part, Wilson believes the comparison is valid. “I wasn’t saying he’s white and plays golf. I’m saying he’s a populist who peddles bullshit.”

Using promoted social media posts is hardly novel, yet using them to attack specific journalists over their columns is a new frontier for modern relations between politicians and the media. Tamihere says he considers Twitter to be a beltway scene in New Zealand, and that he will principally use it for his own amusement. “You’ll start to see me winding up in it. Teasing folk like you,” he says.

Marketing consultant and Newsroom columnist Anna Connell drew attention to the promotion, calling it, probably half-seriously, “an aggressive and unique Twitter advertising game we could all learn from”.

This is an aggressive and unique Twitter advertising game we could all learn from guys. I wish I had cash to spare to promote my beefs with people on Twitter. pic.twitter.com/UDxctUMwYN

There are three and a half months until the election, and the tension between Wilson and Tamihere is unlikely to dissipate. Wilson notes that the outsider tweeting attacks on institutions isn’t the only similarity between Tamihere and Trump. “The other thing Trump does is attack the media.”

Tamihere still rejects the comparison. “If he’s calling me Trump, I have to call it fake news.”