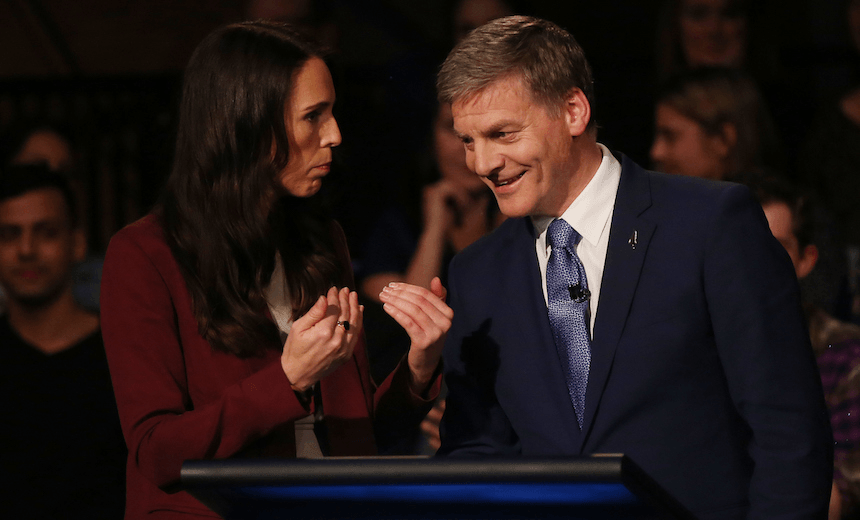 Jacinda Ardern has made an impressive start, leading a government of continuity. And for National, how serious is talk of a new conservative party springing up, asks former cabinet minister Wayne Mapp.

Two months in shows a government, and in particular a prime minister starting to become more comfortable about the reality of governing. Without question the credibility of the government rests on the prime minister. Her enthusiasm and accessibility is its greatest asset. The world has taken notice of her, something that New Zealanders always appreciate.

It is hardly surprising that Sunday’s Colmar Brunton poll for TVNZ placed her as the most preferred PM. That is typical for new prime ministers, but it also reflects her personal popularity. Nevertheless she admitted on the various Monday morning interviews following the poll that she has some way to go. The way the current government was chosen means that support has to be progressively built by actual performance, rather than the promise of performance as has been the norm for new governments when the leading party forms the government.

Perhaps the figure is more about how New Zealanders generally feel about their country, rather than support for any particular government. The level of policy continuity under the new government would seem to confirm that. Although there is a clear group on the left who would prefer a much more radical government, the left leaning blogs are proof positive about that the government has been rather more careful. If anyone needed convincing about the essential continuity of policy, the willingness to sign up to TPP within the first two weeks was the litmus test. Not for New Zealand the last-minute antics of Canada.

Jacinda Ardern clearly wants change, but in a way that takes as many people with her as possible. She knows people did not vote for a revolution, the relative position of the parties is a clear enough indication of that. Her choice of the eradication of child poverty shows she chooses things that no one could possibly oppose. There will no doubt be debate on the best means and the best measures for eliminating child poverty, but not about the goal itself. And it is pretty certain she will nominate a target for reduction that is actually achievable, with maybe a bit of a stretch.

The polls would have also provided plenty of cheer for National. Their vote share has at the very least held steady, and on the more reputable polls, has increased. They have been very effective in showing up the weaknesses within the government.

Some of the ministers would be well advised to look to their leader about setting achievable goals. Proclaiming complete gloom and doom, as seems to be the penchant of David Clark and Phil Twyford among others, is neither convincing nor sustainable. It certainly provides many attack avenues for the previous ministers, as the new government finds that restating lofty goals is no substitute for actually achieving objectives that in any event are barely believable.

National will have taken particular heart from the polling fate of its nemesis, New Zealand First. They are right on the cusp of going under the 5% threshold, and in the 1999 and 2008 elections actually did so. Only the most enthusiastic optimists would think it likely that New Zealand First would go with National in 2020. That would require National to beat Labour by at least 10%, probably more.

A much likelier path to government would see New Zealand First going under 5%. In that case the next election looks pretty much like a two-horse race. National on one side, and the twinned Labour/Green package on the other. The first to 50% wins. It makes the role of the remaining small party of ACT, crucial. That one seat in Epsom could be the difference between National winning and losing.

There is already talk in conservative circles of a new party that could assist National. Such parties can’t be simply manufactured, neither can a major party gift a seat to such a party to give it a start, at least not without enormous self-harm.

But in fact such a party already exists. It already has a seat, initially won by Rodney Hide in 2005 after a hard fought contest with National. The pressure is on David Seymour to build beyond 1% support. That maybe easier in opposition than in government. Recruiting some high profile credible political figures may be one way to gain additional traction. That was how it was done when Act first came onto the scene.

All in all a fascinating start for the new government, but also for the opposition. The real tests will come next year. By next Christmas we will have a pretty good idea whether the government can win in 2020, or whether the voters have suffered a case of buyers’ remorse.