With the budget just days away, we’ve created a somewhat helpful alphabetic introduction to the mysteries of the government’s big fiscal day.

When a government keeps a lid on spending. Because of the negative connotations, you’re far more likely to hear critics of the government use this term than supporters.

In budget speak, this exclusively refers to accounts, often in relation to the balancing thereof, and disappointingly never to potboiler novels.

A virus that ended up having some fairly significant health and economic effects, which will probably be referenced more than any other single factor when the budget gets read. What may or may not be happening to the pay of a large chunk of the public service, depending on whose word you take.

An essential source of takes for all matters finance and expenditure.

If government debt gets too high, then the interest payments can be financially damaging. At the moment though, interest rates around the world are at historic lows, which lessens the impact of this.

The climate change minister who has been issuing pleas to have low-emissions projects prioritised for economic recovery spending, pleas that have largely gone unheeded.

Named after John Milton Keynes, an economist who theorised that governments can and should spend to stimulate the economy, particularly in times of recession. Not exactly the opposite of austerity, but a long way away on the continuum of economic policy.

Have you ever noticed how on budget day a huge number of stories come out at exactly the same time? That’s because all the journos and commentators have been in a lock-up beforehand, getting embargoed copies of what is about to be released to the public. 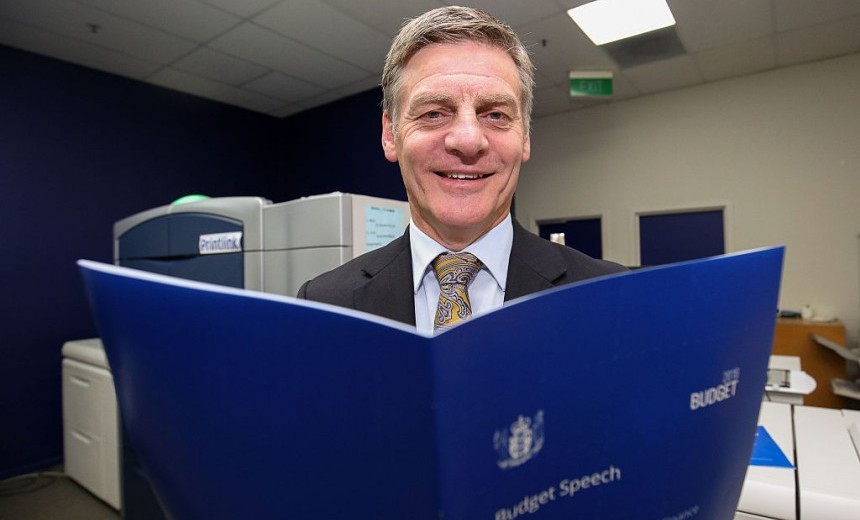 Bill English poses with a copy of his budget speech during the printing of the budget on May 24, 2016 (Photo: Hagen Hopkins/Getty Images)

The reason for the lock-up is in part because what gets announced at the budget can have significant impacts on financial and stock markets, often with unexpected surprises.

A state the economy is not currently in, given the closed borders. And given the warnings being sounded by finance minister Grant Robertson in the lead-up to the budget, probably won’t be for quite a while to come.

In the weeks leading up to budget day, governments these days always make various portfolio-specific announcements, which means greater attention for those decisions, and fewer surprises on the day itself. Some of the big ones this time around include $170 million for early childhood teacher pay parity, and $53 million towards self-screening to prevent cervical cancer.

A method by which (in simplified terms) the government increases the monetary supply in the economy through a central bank, often described as “printing money”. A form of this has been used heavily by the Reserve Bank since Covid-19. 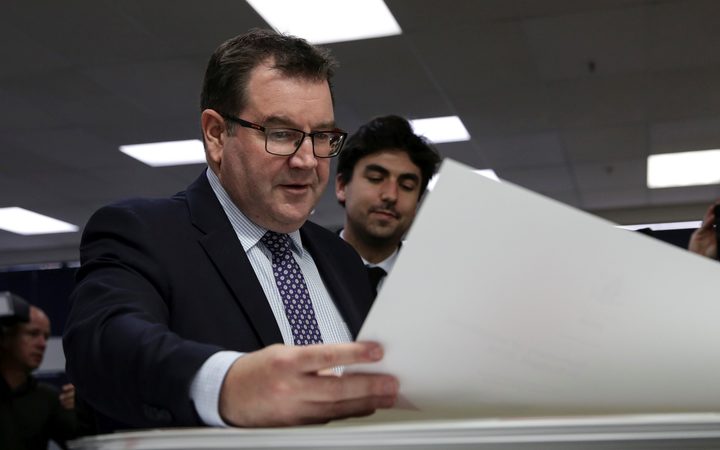 Grant Robertson with a print of his first ever budget (Photo: Richard Tindiller/RNZ)

The finance minister who finally gets to deliver a budget unhindered by coalition politics, after three years of having to negotiate heavily with NZ First (and to a much lesser extent, the Greens.)

More important symbolically than in fiscal reality, but delivery of a surplus – in which there is more in the revenue column than the expenditure column – had become a defining measurement of the performance of finance ministers in the last decade. Since Covid-19, that hasn’t been the case at all.

No, really. The colour of a tie the finance minister wears while presenting a budget supposedly sends a signal about how they want it to be interpreted. A bright colour means it’s a bold, big-spending budget, a muted colour means the budget will be austere and dignified. Or so the pundits say. So far Robertson has gone with a sort of plum-burgundy in 2020,  dark red with blue stripes in 2019, and patterned red and black with a rose in his lapel in 2018.

Will Robertson continue to use this word to describe the legacy of the last National government? Probably – it’s never far from the surface whenever the Labour government announces some new spending.

Billions of dollars were spent on this scheme last year, to protect jobs that would otherwise have gone with the lockdown. The effects of that will linger in this year’s budget – both in terms of the increased tax take thanks to more people still being in work, and the increase in debt taken on by the government to pay for it.

(In recent years, W would unquestionably have been for Wellbeing, but that seems to have slipped off the agenda, rhetorically at least, since Covid struck.)

It’s tax, but backwards. If you recall the last time we did this, we couldn’t think of anything good for X then either.

The word the finance minister never says straight away when another minister asks them for some more money in the budget.

Under the Zero Carbon Act, the New Zealand government has a legal obligation to meet emissions reduction targets. But a big question is whether new money will be put towards that goal.