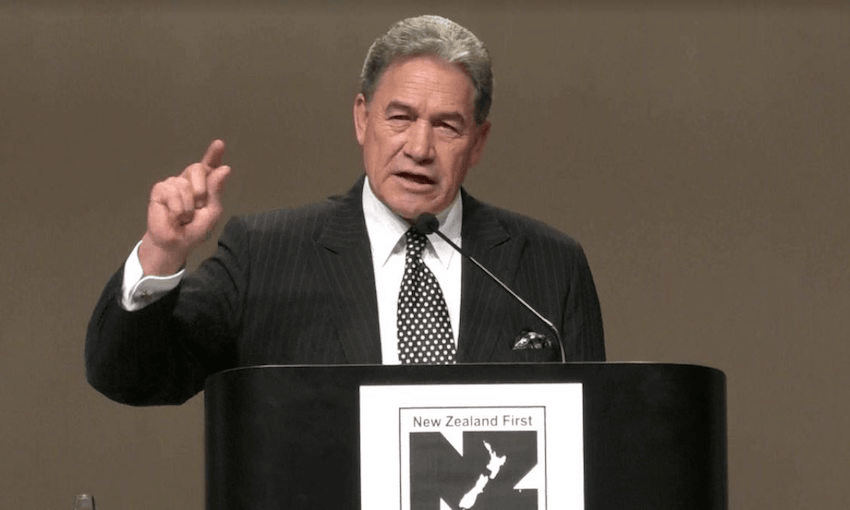 By Reuben Steff
Guest writer
Made possible by

The fiery rhetoric of campaigns gone by has been replaced by a more pro-China stance in a recent speech.

Despite expectations in some quarters that Winston Peters might take a harder line on China during his tenure as the new NZ Minister of Foreign Affairs and Trade, he firmly put that idea to bed last week at a speech to the Confucius Institute of Wellington’s Victoria University.

In it, he suggested that Western commentators that criticise China over issues of ‘freedom’ – presumably referring to China’s lack of national elections, constrained free speech, and dubious human rights practises – should instead recognise that the Chinese model has lifted millions out of poverty.

By now, most western commentators and policymakers have bent to the idea that there is little they can do to influence China’s treatment of its own citizens. On this issue, reality asserts itself. Consider the fact that China is now the largest economic trading partner with virtually every state in the Asia-Pacific region, boasts the world’s second largest military budget, is improving its nuclear arsenal, and making massive investments into renewable energy, cyber security capabilities and artificial intelligence in order to ride key trends of the 21st century. Up against this, most commentators know their words are futile.

What Peters misses is that there is some concern, worthy of discussion and debate, over how an authoritarian Chinese government that does not respect issues of freedom domestically will behave on the world stage.

There is a large body of research that dissects how countries of different stripes – different styles of government – have behaved throughout history towards others. Are authoritarian states more likely to find themselves in conflict with liberal democracies? Some compelling research suggests they are. This may partly stem from the fact that since authoritarian leaders do not respect their own citizen’s rights and do not have to worry about upcoming elections, they are freer to initiate conflict with other countries, since there will not be an electoral cost.

Furthermore, the fact they do not respect their own citizens rights can be mirrored outwards in their international behaviour, leaving them less likely to respect the rights of other states. If this is the case, then freedom inside states does matter.

In contrast, the research finds that liberal democracies are much less likely to go to war with one another, and that by reliable metrics there has never been a full-scale conflict between them. Collectively, the findings that a mutual democratic pacifism exists is known as the Democratic Peace Theory.

So, does the above apply to China? If the research holds up then it might, and the 21st century could become characterised by an international environment where China’s rise leads to escalating tensions with the chief liberal democratic state, the United States. This could even draw in America’s liberal democratic allies, such as New Zealand, given our close security and military links.

Will China be able to peacefully co-exist with the US, despite being a strategic competitor? Will the fact China and the US are, at present, economically reliant on each other prevent those tensions from escalating to conflict? We do not know the answer to these vital questions but, given the stakes and potential consequences, they clearly have implications for every state, including New Zealand.

Therefore, when we talk about concerns over ‘freedom’ in China, the issue is part of a much larger mosaic and pattern of international relations where democratic and authoritarian states often do not get along. This is cause for some concern, and New Zealand decision makers need to recognise this fact squarely, and actively consider it as they work to ensure New Zealand remains secure and prosperous throughout the 21st century.