The current number of members of parliament is starting to get too low for the job we expect them to do, argues Alex Braae.

As a general rule, with the possible exception of their families, nobody likes backbench MPs. But it’s nevertheless time we accepted that parliament should have more of them.

There’s no exact right size or proportion a parliament should be relative to population. In the last Israeli election, there was a 120-seat Knesset for a population of more than 9 million. By contrast, just over 2 million people are represented by the 123-seat parliament of North Macedonia. Each country is different, and has unique circumstances for this sort of thing. Some, like Britain or the US, have many more people represented by each legislator, and they manage that with mechanisms like upper houses or state assemblies.

In New Zealand, there is a case to be made that the country has changed enough to warrant an increase in the number of MPs. In 1996, the population was about 3.7 million people. It wasn’t projected to rise to 5 million as quickly as it has, nor was the expected continued increase expected. Within the next decade, Stats NZ predicts a high likelihood of it hitting 5.5 million, and possibly higher.

One of the most profoundly positive aspects of New Zealand’s political system is the access ordinary people can have to MPs. But the demands on MPs as a result are very high. While they’re frequently derided by many as lazy, incompetent, stupid, craven, petty, and other various terms of endearment, the average MP actually works quite hard at their job – even the backbenchers.

A big part of the job for MPs that aren’t ministers is around select committees. They have to scrutinise the legislation being sent through the parliamentary process, and they have to be at least reasonably informed on what they’re talking about to do that. Many MPs sit on several – to pick a few at random, Labour’s Duncan Webb and Shanan Halbert, and National’s Chris Bishop and Matt Doocey, all sit on three committees each. They each combine that with other jobs – some quite big – and mostly have electorate responsibilities too.

That work isn’t necessarily all that visible to the public either. Chris Penk, the MP for Kaipara ki Mahurangi, said a lot of backbench MP work doesn’t make headlines, but stuff like select committee preparation and constituent work is at least “theoretically valuable”. “Without putting too fine a point on it, a new backbench MP whose activities haven’t made the 6 o’clock news might be doing OK.”

The hours are long and punishing. Penk said his Tuesdays during sitting weeks generally start at 5.30am to get from Auckland to Wellington, with parliamentary business then finishing up at 10pm that same night. That’s probably the upper limit of how long a day will be, but it’s a decent shift to put in. East Coast MP and minister for both conservation and emergency management Kiri Allan put together a rough calculation of her weekly hours, which came out in the range of 83-90.

“I come from a legal background. Long hours aren’t an issue. But the range of issues you need to be across is different and you can’t get into the detail like I would sometimes like to.”

And the driving necessary to get around a big electorate is another grind. Kaipara ki Mahurangi is big by Auckland standards – but an MP like Allan needs to somehow get around the East Coast electorate, which stretches from Kawerau to Gisborne and includes everything in Tairāwhiti and the eastern Bay of Plenty in between.

Allan said that means “a lot of driving and having a good team around you to make sure you have very good ears on the ground so you can respond to issues as they arise and advocate effectively for the whole electorate. I personally have a home base on each side of the electorate to enable me to be as present as I can possibly be.” 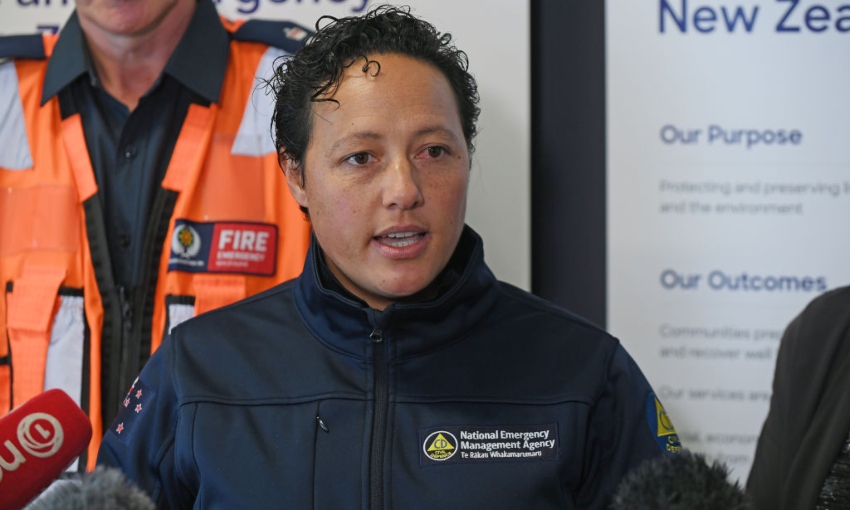 One advantage of adding new electorates would be to bring some of the huge rural seats to a more reasonable size. To do that, some might have to be a bit smaller in terms of population, but that isn’t necessarily a problem for parliament as a whole, which could still be kept proportional to the party vote.

There are plenty of examples. You could drive for seven hours and not get from one end of West-Coast Tasman to the other. Taranaki-King Country includes something like 70 different towns and population centres, some of them tiny and remote, from Raglan down to just outside Stratford. The Māori electorates are bigger by far – Te Tai Tonga includes the entire South Island, a big chunk of Wellington, and the Chatham Islands for good measure.

In 1996 when the MMP system came in, the size of parliament was expanded from 99 MPs to 120. Just over 2 million valid votes were cast to elect that parliament. During the most recent election, that number of valid votes was up to 2,886,420.

This wasn’t necessarily a problem in previous parliaments, before the reforms of 1996. As a Victoria University report from last year noted, “the previous first-past-the-post system had no cap on the total number of MPs, thereby enabling the size of the House to increase if the population of the North Island rose relative to that of the South Island”. That last bit is relevant, and we’ll come back to it in a bit.

In general terms, this has one simple effect – the sheer number of people each MP represents is now far larger than it was 25 years ago. This is especially true for constituent MPs – about 10,000 more votes are now cast in each electorate compared to 1996.

And that has been true even with the number of electorate seats slowly increasing to try to keep pace with population growth. And it gets a bit technical here, but under MMP, the proportionality of parliament has to match up to the share each party wins of the party vote. As such, the number of list seats available shrinks. As the Victoria University report put it, “at some point, this process will make it increasingly difficult to keep faith with the principle of proportionality”.

The other wrinkle is the South Island. Right now, the minimum number of South Island electorates is 16 – a mechanism to ensure that the mainland (and its much lower population) doesn’t get shut out. Seats between the two islands are roughly the same size right now, but over time, unless more North Island seats are added (Hamilton, Tauranga and Whangārei are growing rapidly, not to mention Auckland), that balance will tip.

But with more MPs, won’t that just mean more weirdos being paid out of the public purse? How much do we want to spend on publicly funded weirdos anyway?

There’s a seductive appeal to that kind of argument – take the $150k or thereabouts paid to each backbencher, multiply it by however many new MPs there would be, and cost it out into the millions of dollars. But apart from the fact that “millions” isn’t a particularly big denomination when it comes to public spending, it’s pretty facile to boil down the issue of representation into one of accounting.

The new MPs would have communities and constituents, whose views they’d take into parliament. That would even be true of list MPs – part of why proportional representation works so well is that communities aren’t necessarily bound by geography. Even the lowliest Green or Act list MP has people they represent – that’s why parties put them on the list in the first place.

Increasing the size of parliament would be unlikely to be welcomed – a citizens-initiated referendum in 1999 found 80% of voters would have liked to see the number of MPs reduced. Nor would it be a catch-all panacea to making parliament and the wider electoral system work more effectively or democratically.

But sometimes politicians like to think of themselves as people who will make unpopular decisions in the public interest. This is one such idea that could do with some champions taking it up.