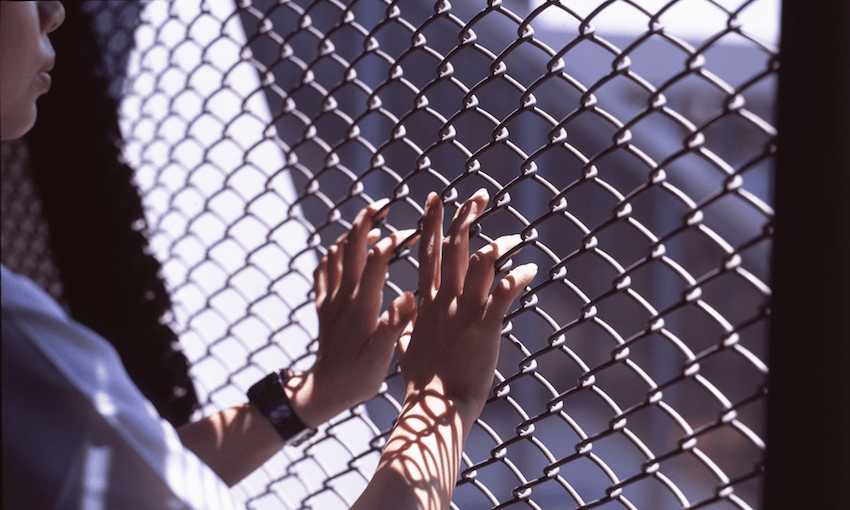 The Covid-19 crisis is an opportunity to reform our prisons

By Rhonda Pritchard
Guest writer
Made possible by

Covid-19 has demonstrated what resolute government leadership can achieve to address a serious problem. Now let’s do the same to improve our justice system, writes former Parole Board member Rhonda Pritchard.

I’ve spent time in every prison in New Zealand. It was part of my job in a previous career, making repeated visits to each of the Department of Corrections facilities for over seven years. On some days, I’d walk out the gate between 4-5 pm and see prisoners lining up around the compound. They were waiting to be locked in their cells to stay until the next morning, sometimes to be let out as late as 9 am.

As I drove away, I tried to stop thinking about them. I tried not to imagine it. Members of the Sensible Sentencing Trust would call me soft. “Those people in prison have committed a crime and this punishment is the consequence,” they would say. Even if that were completely true, I doubt it would ease my mind. Currently, of the 10,000 people in prison in New Zealand, over a third are on remand; not yet convicted and awaiting trial, or convicted and awaiting sentencing. The number and percentage of prisoners on remand have been increasing over many years.

Of course, prison is a place where people are locked up. It’s also the place where lockdown will be all too familiar. Long before the Covid-19 pandemic, the confining of all prisoners to their cells could be ordered and continued for variable but limited lengths of time. It would be imposed usually in order to regain control during a riot, disturbance, or some other disaster or threat. The spread of the virus among prisoners was obviously a serious threat. Some form of lockdown would be an expected strategy to keep them distant from one another as well as from the staff. But for how long?

Based on reports from inside sources, the media have run stories of inmates being locked up for up to 22 hours at a time. Imagine being told it was for your own good that you had to stay shut in a very tight space for most of the day, as well as all night, for up to weeks on end. Alone or with another prisoner.

It was hard to avoid thinking about it again. It was harder still when I read that the chief ombudsman Peter Boshier was being “discouraged” by the Department of Corrections from carrying out an on-site investigation with his team, even though it was in line with his statutory obligations. I understand that the process is now underway. I just want someone in authority to go in and check.

Whatever the importance of keeping prisoners in lockdown for their health and safety, I’m wondering if there might’ve been another reason for the extended, probably interminable lengths of time that some may have endured. Has there been a shortage of staff to supervise the physical distancing needed when the prisoners were let out of their cells?  Is there sufficient funding available to manage a pandemic or any other adverse event in prisons in this country?

Many more general questions emerge about our criminal justice system and legislation, our imprisonment rates, and the funding to support the welfare and rehabilitation of 10,000 New Zealanders, half of whom are Māori.

Having met over 3,000 prisoners, I’ve come to realise that most of their dishonest and destructive acts are closely related to drug and alcohol addictions and the state of their mental health. According to a Department of Corrections Annual Report, one in five New Zealanders experience mental illness in their lifetime. In prison these figures are significantly higher: more than nine out of 10 people (91%) have had a lifetime diagnosis of a mental health or substance use disorder. The rates of head injury and foetal alcohol syndrome among prisoners are very high.

Patterns of criminal behaviours by offenders can also be more distantly traced back to the deprived and damaging backgrounds they came from.

There are many more New Zealanders on the outside living in the community right now who are also seriously deprived of basic needs and financial security, ready access to responsive health services, and secure and affordable homes. The Covid-19 crisis has highlighted the tough reality of the inequality and the under-resourced services in our country. The problems have been with us for a long time.

Every day there’s reassuring news about the reducing number of people infected by the virus, showing what resolute government leadership can achieve to address a serious problem.

Protecting our physical and mental health, the economy, our environment, as well as increasing housing and reducing inequality obviously need immediate attention and have been addressed to varying levels in the new budget. There are other longstanding challenges for us to face.

The total Vote Corrections budget for this coming year is just below $2.5 billion. A closer examination to find how much is allocated for custodial services, case management, and the rehabilitation of offenders in prison and in the community adds up to $1.7 billion, an increase of about 6% from last year. I read that nearly $50 million of that increase will be spent on Hokai Rangi, a programme designed to reduce the number of people entering or remaining in custody. “The biggest change Hōkai Rangi brings is the idea that we are now going to treat the person and not just their crime,” Corrections Minister Kelvin Davis explained last year. “The strategy states prison staff will be expected to treat prisoners with respect and uphold their mana – like they are worthy of dignity and care.”

If it’s found that prolonged lockdowns did, in fact, occur during alert levels three and four and another outbreak occurs here, I hope this problem will be a priority for corrections management to solve in a more humane way. They might need extra resources.

The government is aiming to reduce the prison population by 30% over 15 years. The long time frame shows how hard this might be to achieve under the current criminal justice system. It may be time for a brave government to review the whole issue.

According to 2019 statistics, New Zealand has the fifth-highest rate of incarceration per capita among 37 OECD countries. Approximately 40% of the prisoners have committed non-violent crimes.

The Covid-19 crisis has created an opportunity to review our priorities and work towards building a more civil society. There are more doors that could be unlocked.