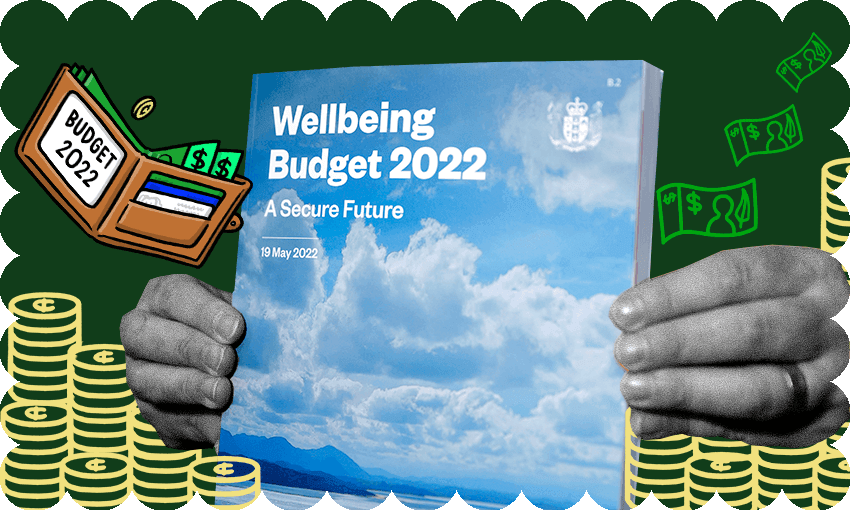 Budget 2022: The government has responded to calls for help for the squeezed middle with spending while tightening its purse strings elsewhere in an attempt to minimise the inflation pain wrecking its election chances, writes Bernard Hickey.

This article was first published on Bernard Hickey’s newsletter The Kākā.

The “rabbit in the hat” in this budget is a one-off $350 cost of living payment for those not already getting the winter energy payment and earning less than $70,000 a year.

The other headlines include:

Giving cash away without ‘spraying’ it

Meeting the demands of a bunch of magical thinkers was never going to be easy, but the government has done its best with Budget 2022, giving some cash to help middle-income voters to deal with higher living costs, but not so much that those same voters would think the government was splashing too much cash around in a way that would drive up inflation.

Trailing National in the polls and facing criticism it isn’t doing enough to help the “squeezed middle” deal with higher costs of living, the Labour government has delivered a payment of $350, spread over three months, to those people earning under $70,000 who aren’t already getting the winter energy payment.

But overall, the government has restrained its spending in a way that means Budget 2022 actually reduces the fiscal impulse from government to the economy, and in theory reduces some of the government’s domestic inflationary pressures that the opposition is so unhappy about. Budget 2022’s fiscal impulse over the next three fiscal years represents a combined 4.2% subtraction from the economy. That’s more than the combined 3.0% subtraction forecast in the December 2021 Half Yearly Economic and Fiscal Update.

“The fiscal impulse for each year is slightly more contractionary than forecast at the Half Year Update as the Government’s year-on-year contribution to aggregate demand decreases more relative to each preceding year, indicating that, overall, fiscal policy is dampening inflation pressures.” – Treasury in Budget 2022’s Economic and Fiscal Update.

As expected, the government left its operating allowances set in December broadly unchanged, and did not change its capital allowances. It also confirmed it would reach budget surplus one year later than expected because of slower than expected global economic growth.

Treasury forecast net debt would fall to 15% of GDP by 2026, well below the 30% ceiling set by Grant Robertson earlier this month.

Bernard Hickey’s writing here is supported by thousands of individual subscribers to The Kākā, his subscription email newsletter and podcast. You can support his writing by subscribing, for free or as a paid subscriber. There’s a special $30 a year deal for under 30s and a new special $65 a year deal for over 65s who rent and are reliant on NZ Superannuation alone for their income.