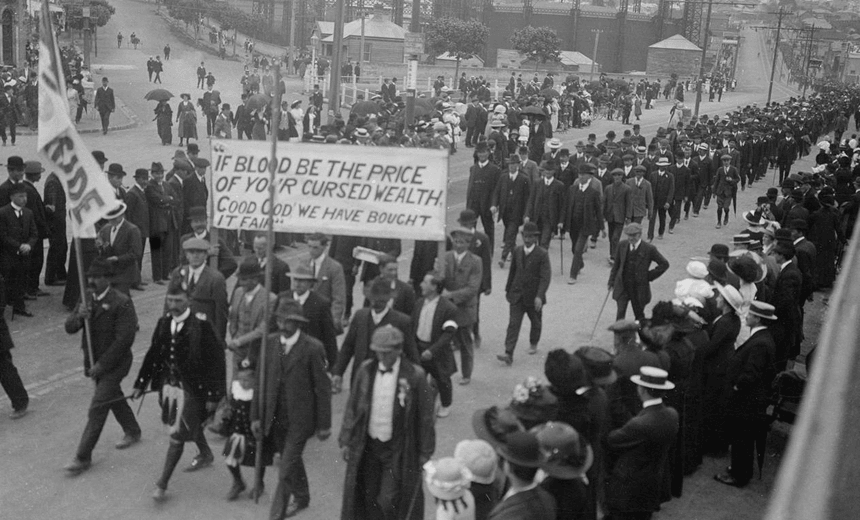 With one side calling it a working class win and the other fearing a return to the 1970s, Jihee Junn attempts to separate fact from fiction when it comes to Labour’s Fair Pay Agreements.

Earlier this year, former Labour leader Andrew Little got up on stage at E tū union’s Auckland headquarters to share his party’s policy around employment relations. Among some of the more predictable announcements around increasing the minimum wage, Labour also outlined the introduction of Fair Pay Agreements (FPA) if it were elected. And while Little won’t be stepping into the prime ministerial office anytime soon, his policy may very well see itself become law by the end of next year (Saturday’s results permitting, of course).

According to Labour, FPAs will set basic standards for pay and other employment conditions within an entire industry which will be agreed by businesses and the unions representing workers. By setting a floor, the intention is that FPAs will prevent a “race to the bottom” seen in some industries where good employers are undercut by bad employers who reduce labour costs through low wages and poor conditions.

While the policy isn’t entirely new for Labour, the party referenced its decision to introduce FPAs this time round to the historic pay equity deal struck earlier this year between the government and thousands of care and support workers. And while the deal received plenty plaudits from both National and Labour at the time, the latter’s attempt to make the practice more commonplace hasn’t exactly been received with the warmest response. BusinessNZ, for example, has actively critiqued the policy, with its chief executive Kirk Hope evangelising his thoughts on the policy by arguing that it would mean “less flexibility for companies to innovate and pay productive workers more” before adding that “New Zealand got rid of national awards in 1990 because they facilitated all the big strikes in the 1970s and ’80s that critically damaged the economy.”

For Hope — whose greatest claim to fame might just be his brief pash/giggle-fest with Real Housewives of Auckland star Angela Stone — a Labour government might just be his worst nightmare come true. Along with BusinessNZ and the Employment and Manufacturing Association (EMA), National’s Steven Joyce was also quick to pour scorn over Labour’s ‘old-fashioned’ policy by harking back to the national awards scheme of the 1970s. But despite this permeating fear of the past — one which conjures up visceral images of widespread strikes and economic standstill — experts like Dr Stephen Blumenfeld, director of Victoria University’s Centre for Labour, Employment and Work, say that such scenarios remain unlikely.

“We didn’t have strikes for the most part…[and] when strikes did occur, they were mostly unlawful because that system was set up in order to prevent strike activity. It wasn’t really until the 1980s that we saw a dramatic increase of it,” he says.

“In addition, Labour hasn’t yet indicated that strikes would necessarily be something that would be allowed in the policy.”

Blumenfeld goes on to explain that the reason the national awards scheme was eventually disbanded was down to groups like the Employers’ Federation (now part of BusinessNZ) arguing that because of increased trade opening up most of the country’s product markets, firms needed to have more flexibility in order to help New Zealand meet the increase in global competition. But despite the intention, this wasn’t necessarily the case.

“Allowing firms to set pay at the firm level or the establishment level is not in itself a way to address the challenges that are now being faced by international competition,” he says. “[At the time] the issue really came down to the fact that New Zealand wages relative to wages in developing countries were much higher, and those higher costs had to be added onto the cost of products and services.”

While widespread industrial action is apparently unlikely, the issue of higher wages passing onto businesses as an unmanageable cost does pose a legitimate concern. Those like Sue De Bievre, who’s company Beany looks after the accounts of more than 1,200 small and medium-sized enterprises (SMEs), says that while she appreciates the motivation behind the policy — particularly in light of low wage increases over the last few years — she worries that the policy may strike fear into the hearts of SME owners who often regard unions as “the bogeyman from the past”.

“Most SME owners live in a world with slender margins where wage costs are the largest expense in their business,” she says. “Removing autonomy from their wage negotiations will impact on their business plans and, with the current level of detail in the policy, create uncertainty for SMEs.”

“The only advantage to SMEs might come in the form of transparency around pay rates in their sector. Some SME owners we have spoken to have indicated that knowing the fair rate for their industry might ease their burden of setting rates for their employees.”

In the short run, Blumenfeld agrees that higher wages will likely put a strain on businesses — particularly when it comes to allocating funds to other parts of the business — but says that firms should be able to reap the long-term benefits of any such deal.

“The concern [among employer associations and BusinessNZ] is obviously that it will increase employers’ labour costs, which is true, certainly for employers that are relying on paying low wages within a given industry,” he says. “But overall, it’s a policy that puts New Zealand in line with most European countries as well as Australia. While countries like the US and UK don’t have policies like that, industry-wide wage settings have been in place in most of Western Europe since WWII.”

“In higher wage markets, organisations have had less money to spend on innovation, research and development (R&D), and dividends to pay to shareholders in the short run… but in the long run, as productivity increases, the firm can potentially have more profits to distribute to these other things.”

But regardless of the long-term benefits and overseas examples of success, one of the major gripes with Labour’s workplace policy has revolved around the simple fact that it lacks the necessary detail. After all, if there’s one thing businesses hate more than anything else, it’s uncertainty around what’s to come, which can stifle investment and hinder strategy.

“It raises more questions than it answers,” says De Bievre. “How will all businesses in a sector negotiate with a union to reach a consensus over pay and conditions? Will it only be a representative sample who may agree something which is unrealistic for all businesses in that sector?  Will regional variation be allowed? What happens if an agreement cannot be reached?  What are the ‘sticks’ that the Labour government will use to ensure that agreements are reached?”

This lack of clarity from Labour around its policies has been somewhat of a recurring theme throughout this campaign. Up until recently, new leader Jacinda Ardern was relentlessly pressed by politicians, the media and voters themselves to explain the details around its tax plans. Eventually, Ardern was forced to pledge that no new tax changes would be introduced before 2021 which, combined with National’s negative advertising campaign, might have just hurt its chances at power if Tuesday’s poll is anything to go by.

When asked to fill some of the holes currently existing in Labour’s policy, Blumenfeld predicts that it’ll mostly be industries that won’t be competing globally, such as the aged care workforce. He says fast food and supermarket workers are also likely to be affected, but adds that “if it’s a race to the high ground, wages are already relatively low in supermarkets, so the high ground isn’t really that high in the first place.”