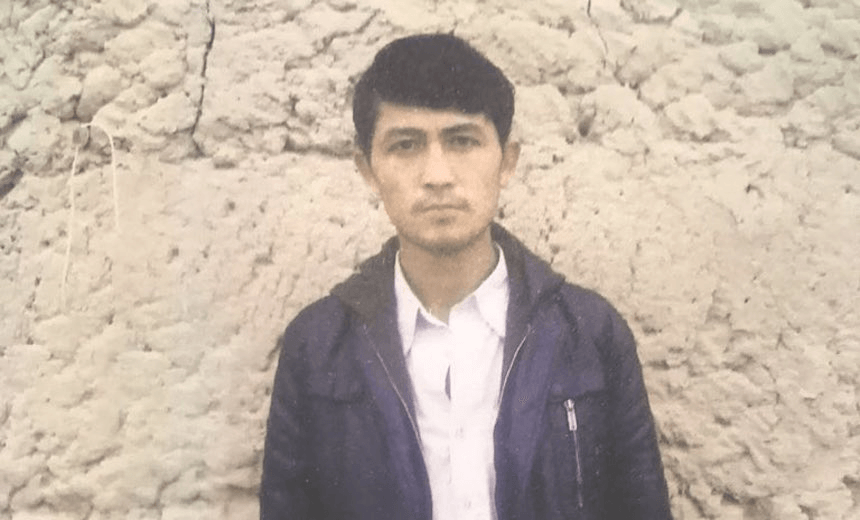 Islamuddin, an Afghan who the book claims was killed by New Zealand sniper fire. He had just returned home from university.(Photo: Jon Stephenson/Hit and Run)

Hit and Run is not ‘war as usual’

By Felix Geiringer
Guest writer
Made possible by

Islamuddin, an Afghan who the book claims was killed by New Zealand sniper fire. He had just returned home from university.(Photo: Jon Stephenson/Hit and Run)

The government response to the revelations contained in Nicky Hager and Jon Stephenson’s Hit and Run have so far amounted to a collective shoulder shrug. Barrister Felix Geiringer explains why that’s simply not good enough.

Now that the lie about civilian casualties in Afghanistan is well and truly exposed, the anti-inquiry spin appears to be coalescing around a new tactic. I call it, “shit happens”. Yes, civilians died, but that is the reality of war, it is said. No one meant to kill civilians, don’t be ridiculous. There doesn’t need to be an inquiry. Move along now. I want to take a moment to address this argument and make three points against it.

The first point relates to Hit and Run’s sources. These included 20 military personnel, some of whom were the NZ SAS soldiers involved in the raid. These people are not shrinking violets, not anti-war peaceniks who do not understand reality. They know civilians die in war through nobody’s fault. There is no one on the planet who understands the reality better than them.

But these people were disturbed about what took place on 22 August 2010. It has upset them enough that they are willing to talk to journalists about it and, trust me, that in itself is a big deal. It upsets them enough that they are themselves calling for an inquiry through those journalists. And, in their own words quoted in Hit and Run, they described what took place in very troubling terms.

My second point is that covering up an allegation of war crimes is itself a very serious violation of international law. States are required to properly investigate all allegations and, where appropriate, to prosecute. Changing tactic to “shit happens” is effectively a confession to breaching this law. It is a confession that the public have been repeatedly mislead about what took place.

NZDF issued statements categorically claiming that there were no civilian casualties. They also claimed that insurgents were killed (variously 12 or 9). These statements are now exposed as untrue. It appears that the NZDF knew these statements were false shortly after the raid. Note that not only is Wayne Mapp admitting that he knew there had been civilian casualties, but he defends his “fiasco” statement by saying the raid did not meet its objectives. This appears to be an admission that the raid did not kill insurgents.

This, by itself, is a reason why there must be a proper inquiry. It also destroys the credibility of the NZDF when they try to explain away what happened during the raid. If they are confessing to having lied to us for six years, how can we now rely on anything they say about this?

My third point is about an allegation of war crime that appears to be largely falling under the radar – the destruction of homes. This is not the only alleged war crime in the book, but it is arguably the clearest one. If the facts in Hit and Run are right, then in my view it is hard to see how this war crime was not committed.

It is a war crime to destroy “the property of an adversary unless such destruction… be imperatively demanded by the necessities of the conflict”. War crime law is complicated. The scope of what is unlawful depends on the nature of the conflict and that can be the subject of endless debate. But this rule is one of the few that is regarded as a peremptory norm. It is so fundamental, so universally accepted, that it applies regardless of the nature of the conflict.

The first thing to note about this rule is that it applies on its face to “the property of an adversary”. So the fact that the homes belonged to an insurgent cannot itself be an excuse to destroy them. Secondly, the requirement that the destruction “be imperatively demanded by the necessities of the conflict” is a very high test. Receiving some peripheral military advantage could never satisfy this test. It is very difficult to see how the destruction of civilian homes could ever meet this test, not even if insurgents sometimes used them.

Hit and Run describes the NZ SAS led raid on 22 August 2010 targeting a dozen civilian homes. The attack on those homes was continued until they literally fell down. If there were any residual doubt about the intention it must be dismissed by what is alleged to have followed. When the villagers of Naik started to rebuild their destroyed homes, the NZ SAS returned, about 10 days after the initial raid, laid explosives, and blew those homes up. An NZ SAS soldier in Hit and Run explained why they did this, “[i]t was to punish them”.

“Shit happens” does not explain the events in this book. It must not be allowed to be the basis upon which the NZDF avoid a full and proper inquiry.

Felix Geiringer is a lawyer who advised Nicky Hager in relation to this book but is writing in a personal capacity.  His views do not necessarily represent those of Nicky Hager or co-author Jon Stephenson.