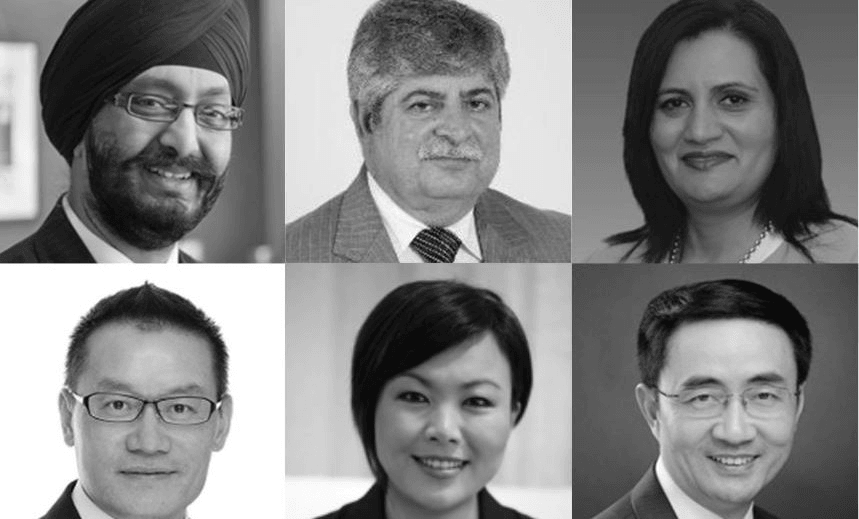 Asian New Zealanders should not have to put up with ineffectual representation decided by Pākehā party bosses, writes Porirua GP and film-maker Sapna Samant.

With just over a month to election day, we’re overwhelmed with voices from the left and the right, punditry and predictions. A considerable majority of it is by Pākehā, for Pākehā.

I stand on the outside marveling at the disconnect. The lack of engagement and laziness in reaching out. The poor can’t speak the truth about poverty without being judged. Māori issues are auxiliary. There are hardly any Pacific voices and “immigration”: raises its ugly head again – not about palagi and their accents migrating to Aotearoa, but the Asians invading.

There are only two types of Asians as Pākehā see us. First, the model minority. Highly educated, hardworking, tax paying, well off, secretly aspiring to be white but bringing out the origin dress and dance for festivals to maintain our culture. The desirables. An asset to the economy.

Then there are those shelf stackers at the bottom of the chain trying to learn English, who take away jobs from Kiwis, who should not be allowed into this country. Those already here should just be sent home.

Above them all, the Asian MPs. Handpicked for the magical powers which assuage that imaginary Asian model minority. To reassure them of their place in New Zealand. This little paradise where they can dream unencumbered by poor, criminal undesirables as long (subtext) as they exist beneath the Great Whiteness, unequal.

Once upon a long time ago, when Rajen Prasad was number 12 on the Labour list and campaigning before the 2008 elections he was gushingly invited to the stage during the Miss IndiaNZ contest. He took off his jacket, did a twirl and promised to have “more celebrations of Indian culture” when he became an MP. More Diwali, more samosas, more sarees, more Bollywood dancing, more exoticisation. More homogenous non-threatening ethnic otherness. Indian culture. A palimpsest flattened.

There are six Asian MPs in our parliament today. All list MPs. All, and I am trying to be generous here, useless. Across the 17 years I have lived in Aotearoa, I can’t think of a single moment any Asian MP shone. Maybe Pansy Wong. Briefly. But she had to go because she misused her travel perks. I mean, Judith Collins pitched Oravida to the Chinese on an official trip. She was given three warnings, resigned and came back totally not contrite. Todd Barclay will go and return at some point ,supposedly older and wiser. Pansy never will. No forgiveness, no second chance, no redemption. Such is the burden of the colour of your skin.

Melissa Lee, rated a lowly 2 out of a possible 10. “Past her use by date,” the website said. Not that she ever did anything concrete, despite being in parliament since 2008. When she did open her mouth it was a boo-boo about downloading music illegally. What else? Nothing for the Asian communities. I have seen her pontificate to young Koreans on how to be successful without moaning about racism.

Kanwaljeet Bakshi. Rating: 2/10. “Maybe it’s better he doesn’t say anything…” He had no idea the Shakti Wellington Refuge was closing down due to lack of funds. Uninformed, unaware. This faulty fridge, though, has many points on the Bill English Loyalty Programme. That’s all.

Jian Yang. Rating: 3/10. Heard of this dude? Apparently doing a good job in his constituency. A recent WTV-Trace Chinese voter poll showed that 40.3% of the 1250 eligible Chinese voters surveyed thought Jian Yang would be the one to serve the Chinese community most effectively but 41.9% said they were not sure. I would like to think of myself as very politically engaged and even I had difficulty remembering that there is a Chinese MP in the National Party.

In 2012 I asked all the Asian MPs at that time how they were going to vote on the gay marriage bill. Melissa Lee and Jian Yang did not reply. Bakshi said he had made his views very public but he would not provide a single public statement made to the community, nothing on Facebook or Twitter. He had commented on a private Sikh community forum saying the Guru Granth Sahib prohibited same sex marriage but could not provide the exact words from the holy text when asked. And now the drama over the kirpan.

NZ First’s Mahesh Bindra was rated by the Trans Tasman website 1/10. Can’t go lower than that. In August 2014 he told The Indian Weekender that he was a member of the Rashtriya Swayamsevak Sangh back in India. This is a Hindu extremist organisation. Cow vigilantism, lynching Muslims with impunity, jingoist patriotism and increasing intolerance. I guess these core values suit NZ First really well? Saluting the flag, otherising those Muz-lims, spreading fear and intolerance.

Raymond Huo from Labour has just got back into parliament and is quite entirely forgettable from before anyway.

Priyanca Radhakrishnan I am going to mention because she was on the Labour list during the last elections, and her current high rank on the party’s list created a mini frenzy on social media about a woke Labour. Priyanca had a three-year head start to develop a comprehensive discourse about women of colour, equality, immigration. She worked for Shakti a long time ago but did not even have a strong statement to make when the Shakti Wellington Refuge shut down. Just a few wishy-washy lines on her Facebook page and then a Shakti Youth video for Refuge Appeal month.

Even safety, health, public transport and housing – the issues she wants to focus on – seem to be dealt with superficially. Articulating the real reason behind the theft and violence in dairies, an impassioned kōrero about poverty, would have been more effective than waiting to get into parliament.

Maybe I am being too harsh. But how long do we have to put up with ineffectual representation decided by Pākehā party leaders and their non-transparent techniques of selection? You are of colour, Asiatic Oriental, seem to gather a crowd, speak a different language, therefore you will do. How do they decide “ethnic” representation or list MPs? Apart from the Green Party which has a very clear and open process.

A few years ago I interviewed Phil Goff and asked him whether he thought multiculturalism was “so 20th century”. He said that ethnic people have a right to keep their language and their culture.

What’s the problem? Not being able to tell the difference between cultural maintenance and multiculturalism. On the one hand you are slagging off immigrants (always the people of colour) and measuring their worth only in economic terms. On the other hand you invite these communities to vote for your party by putting up lame and bland representatives who are populist, patriarchal, perpetuating the model minority myth and just blurting out the party line then it is only tokenism. Because you don’t really care about transcultural Aotearoa. You don’t even know what it means!

Living in Aotearoa, moving up the socioeconomic ladder, even those Asians born here will continue to face microaggressions and institutional racism. That is everyday life. The desire to stay connected to your whakapapa and the balance to exist in a western world is a constant struggle. For new migrants the fear of losing their culture is real. But what is inevitable is that we adapt. Some assimilate, most integrate. What we forget is that our lives are in Aotearoa. So we should be concerned about issues here.

Mental health, domestic violence and child abuse, poverty, the environment, equality, human rights, Te Tiriti o Waitangi. These are not just for Māori and Pacific peoples. Law and order is not just about putting more police on the streets. A homeless person is not someone else’s problem. Because we are not like that; because we don’t go on the dole. Then we feed into that very myth Pākehā politicians and the pillars of our communities like to reproduce.

To break that, to participate as equals in daily politics and contribute towards solutions we must demand representatives that easily cross over from ethnic to mainstream – and those who speak up. Not just accompany delegations to China, Korea and India, not just make their Pākehā colleagues wear sarees and cheongsams or celebrate Diwali and Lantern Festival in parliament.

There is much more. We have to start by asking questions.