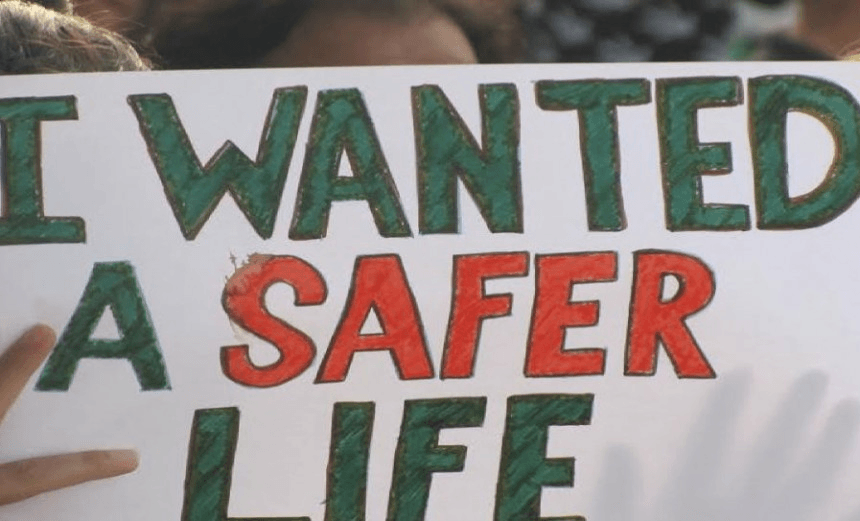 “They treat us like animals” – a letter from Nauru on life in Australia’s refugee camps, and why NZ is their last hope

By Mehdi Nasiri
Guest writer
Made possible by

Hundreds of refugees remain stranded in Nauru, some in one of Australia’s controversial detention camps, others now in the community. 28 refugees on Nauru have appealed to New Zealand, seeking resettlement under a 2013 deal with Australia. One of the Nauru refugees details conditions in the camp and on the island, and why they wish to make a home in New Zealand.

The detention centre on Nauru is built on the old mine, so the ground is full of stones and the air is dusty. People have asthma. Children become sick with breathing difficulties. There is one area for families and another for single men. The Australian “processing centre” for asylum seekers is in fact a camp made up of tents. Everything is mouldy. Many tents leak, and it is constantly hot. Some tents are air-conditioned for families with little children, but the families have to leave when the children turn four.

Last year women stopped being sent to Australia to have their babies. They have to give birth in the hospital at Nauru now. So there are new babies in the detention centre and in the community.

For those of us who have been released into the community, life is barely better – we have simply moved from one kind of prison to another.

A lot of people have been sick for a long time. And the longer we are on Nauru the sicker we get. Some people went to Port Moresby for tests or treatment last year because the hospital in Nauru can’t help us. One man who has travel papers has bad hearing. He needs hearing tests and hearing aids but he can’t even get something this simple done.

The hospital at Nauru is really dirty. There is a clinic there for refugees but many people don’t trust the doctors, and since last year no one is allowed to have their own medical records.

There was a school in the detention centre but the Australian immigration minister, Peter Dutton, closed it and now the children go to school in the community. They are unhappy and bullied, they say. The schools are not good on Nauru.

There are camps around the island housing refugees who are in the community, such as Fly Camp and Anibare. There are not enough jobs on Nauru for their own people, however – let alone us. Some refugees have been threatened and forced to stop working. The Australian Government pay for the detention centre, for the guards from Wilson Security and for IHMS, the company responsible for the health of asylum seekers in Australia’s care. They say we are the responsibility of the Nauru government but really they control everything with money. And the Government of Nauru will do anything for this money.

So they don’t let journalists go to Nauru unless the journalist is going to agree with the government. Police don’t arrest people who assault us. Many women and children have had terrible problems with personal safety. Wilson are not typical security. They treat people like criminals or animals.

We have been in these conditions for nearly three years. We are very stressed and tired. People even return to their own countries because they cannot stay in this place any longer. Australia is happy when this happens. This is what detention is used for. It is made like a type of torture. If it was just to check our claim then we would not be here so long. Australia makes it like this to stop other people from wanting to come. But there are still refugees in the world and people need to go somewhere.

Where I come from to become Christian is a crime. In my country I would face jail for a very long time, if not execution.

Here in Nauru we are not free to speak or protest. Last year we had a protest on Nauru. Many of us were sent to jail by force.

You ask why we would want to come to New Zealand?

Can you imagine your country treating human beings the way we have been treated? We have the travel papers. Australia and New Zealand have an agreement. We believe you uphold human rights. We know you have taken people that Australia chose not to accept before. And that those people found safety and a future in your country.

Our needs are simple. Safety and a future. New Zealand is not as selfish as Australia. We have heard good things. You are a fair country and friendly people.