Under-funded, under-powered and under pressure: the local government sector is facing a series of crises around the country. Alex Braae looks at the biggest questions for the future.

It can be easy to miss the big picture when looking at individual councils and their problems. But across 11 regional councils, 13 city councils and 53 district councils, there are common themes that show a sector under immense pressure.

A lot of that pressure has come from layers of neglect – from central government, the public, and sometimes even the councillors themselves. Wellington’s wastewater pipe debacles, Invercargill voting in a mayor who many councillors think isn’t up to the job any more, a new Rangitīkei councillor winning a by-election after receiving fewer than 250 votes – all of these issues have similar roots, despite manifesting in very different ways.

And yet, the services local government is expected to deliver are incredibly important for a functioning society. Without pipes and public transport, for example, our cities would immediately grind to a halt. And while councils have experts on staff, generally people don’t get elected to council because they’ve got expertise in delivering infrastructure.

So with all of that in mind, here’s a snapshot of where local government is at right now.

Where’s the money coming from?

There are some broad categories of how local government gets funding. The first is from rates levied on properties, which accounts for a larger or smaller share for different councils. The other broad category is from development contributions and non-rates income – parking, processing permits, swimming pool entry fees and so on.

The problem for some councils that rely heavily on the latter is that Covid smashed it as a source of income. You can’t collect that money if nobody is driving into the CBD, or the pool is closed for lockdown. That has left some big holes on balance sheets. So are hefty rates rises inevitable around the country?

Different councils will have different approaches here, but the short answer is yes. And the responsibility for that can pretty fairly be laid at the feet of previous councils that didn’t raise rates in line with the costs of paying for increasing growth, and the voters who put them in. A key point about those rates rises is that they’re almost always tied to some specific problem that hasn’t been properly addressed in the past.

There are plenty of examples: Wellington’s pipes are old and shoddy, and now mayor Andy Foster has to defend a proposed 14% rates rise. Hastings District Council is looking at rural rates rises of over 40% over six years, in large part because of the need to maintain rural roads. Nelson needs to start putting rates up again after a Covid-related freeze in 2020. Marlborough is looking at 6% rates rises to deal with unprecedented growth – high for the region.

And these are just what elected councillors think they can manage. In Tauranga, former councillor Steve Morris wrote on SunLive that “the DIA has advised her [minister Mahuta] that a ‘realistic’ level is ‘a rate rise of 18-20% year-on-year’ over the next 10 years”. Whether or not that happens remains to be seen, and it could just as easily be the sort of rhetoric a politician employs when they want to get elected again next time there’s a chance. But a commissioner tends to have much more leeway to make unpopular decisions than someone who is democratically accountable.

Will we see more councils booted in favour of commissioners?

At the end of last year, local government minister Nanaia Mahuta dramatically sacked Tauranga’s council, and appointed commissioners in their place. The council had been riven with in-fighting and dysfunction ever since Tenby Powell was elected mayor in 2019, and by the end he voluntarily resigned and made a plea for government intervention.

It’s tempting to look around the country, and no matter where you live you’ll probably find examples of your particular local government representatives behaving badly – more on that below. But further interventions like this seem unlikely for now. That’s partly because the issues in Tauranga were more extreme than what any other council is currently seeing – the city was basically ungoverned at a crucial time for its development. And the sackings also sent a message, in the manner of Voltaire’s adage about performance reviews in the British navy – “it is good to kill an admiral from time to time, in order to encourage the others”.

What’s the plan for water infrastructure?

This is one of the biggest areas of reform right now. Infrastructure all over the country is ageing badly, and generally speaking local authorities don’t have the money to pay for it. Nanaia Mahuta is likely to introduce legislation this year that will bring water infrastructure under the control of four publicly owned umbrella entities, which will operate something like Watercare in Auckland. The aim for the government is partly to create consistency across the country, and ensure there’s enough expertise and resourcing for everywhere that needs it. Not every council is particularly comfortable with the plans, but they’re unlikely to have much leverage to prevent it. 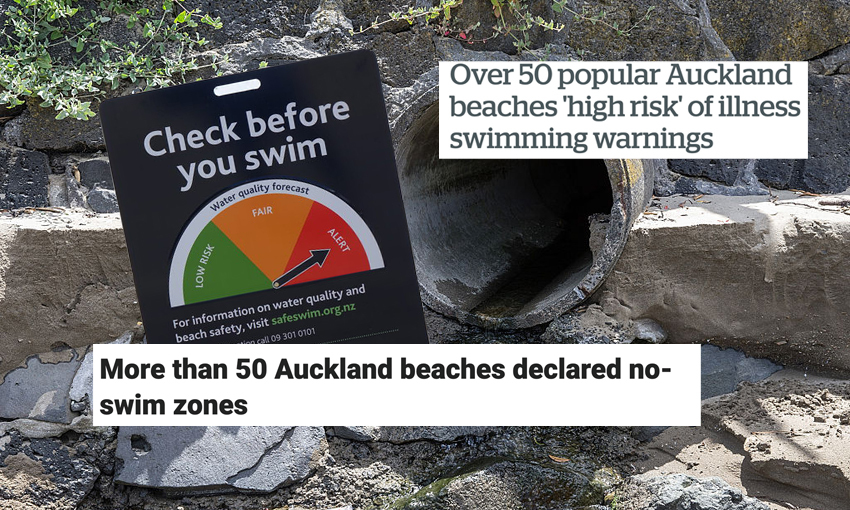 Will all councils introduce Māori wards, and will there be a backlash?

When the announcement was made that the law would be changed to stop referendums against Māori wards, a few announced immediate plans to implement them. But the law change does not require Māori wards to be put in place – that’s still a decision that will be up to councils. Not every council will go for this, and while referendums as such won’t be on the table, councillors will still have to answer for how they vote on the question at the next election.

Will we see more amalgamations, like the Super City?

That’s up to local areas themselves, and it’s fair to say local opposition tends to run pretty strong. An example: Whakatāne District Council completely surrounds Kawerau District Council, and to those in Whakatāne an amalgamation seems to make sense. But that’s seen very differently in Kawerau – they look at the relatively stable financial position of their own council and set it against the relative indebtedness of Whakatāne, and see a cash grab. Central government seems overwhelmingly unlikely to actively push for any amalgamations. 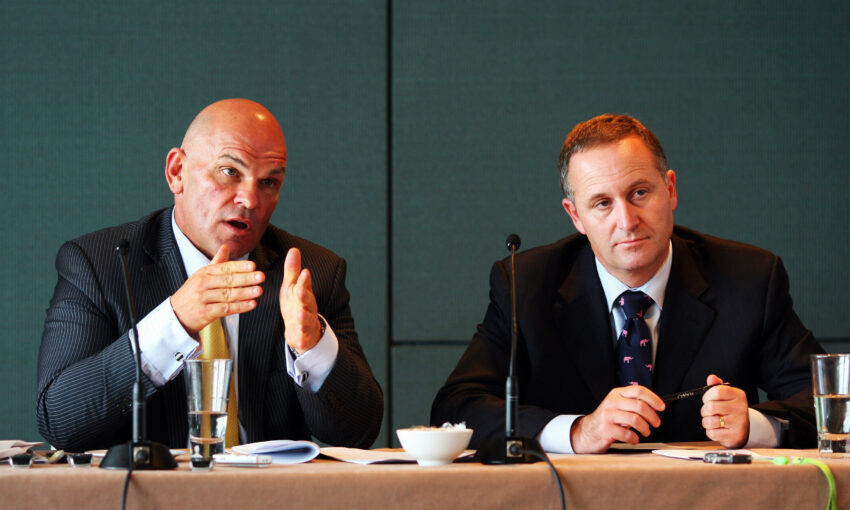 Then minister for local government Rodney Hide and prime minister John Key at the announcement of the Super City decision in 2009 (Photo: Phil Walter/Getty Images)

Is short-termism a problem in local government?

There’s a real debate to be had on this issue generally – on one hand, three years is a pretty tight window to accomplish anything, and on the other, anything longer reduces the regular democratic accountability of councillors. Local Government NZ launched a formal push last year to get terms extended to four years, and for them to get involved suggests a relatively strong consensus among councils that it would be worthwhile. Then again, some councillors spend decades in office and keep getting returned largely on the basis of name recognition – so surely some of them could afford to be a bit more bold in their decision-making?

Are the vast number of non-voters right not to bother with local elections?

The subtext of this question: are our best and brightest even standing for election? The simplest answer to that is to point to the vast number of people on various councils, regional councils, local boards and district health boards, and say of course there’ll be variance in their competency. Everyone has the right to not vote, for whatever reason. But it won’t help improve the talent pool. And without naming names here, low voter turnout arguably allows certain councillors and mayors to focus more on their internal squabbles than the voters they represent.

Is anyone keeping an eye on all of this?

A range of journalists around the country follow local government stories closer – many fewer than there were several decades ago, but probably more than there were three years ago. Some of them are attached to the Local Democracy Reporting programme, which involves public funding for about a dozen journalists spaced around the country. We probably underestimate how important they are to the proper functioning of society. A 2018 study from the US found there was a strong correlation – and potentially a causal relationship – between the decline of local newspapers, and increased costs incurred by local governments, as well as increased financial inefficiencies. Subsequent reporting has also suggested a link with an increase in local corruption.

With all of that said, is there still a point in local government existing? Or should we maybe just leave it all up to council staff?

Council staff tend to get through a pretty hefty amount of work – sometimes having to change plans at very short notice based on the whims of their elected bosses. Often those elected representatives would be left high and dry if it weren’t for the competency of the staff. At times, councillors have even complained about their staff wielding too much power.

And yet, the staff themselves have no real legitimacy without the councillors. Nobody voted for them, there’s no way to get rid of them if you don’t like their decisions, and their work can be opaque to the public. We haven’t yet figured out a better way of making decisions at a local level that don’t leave people living in petty dictatorships. The thing about democracy is this – it only works if the people participate.