Today representatives from the country’s top spy agencies fronted up to politicians, where they faced questions about the focus of their activities and whether they’re making the right calls to keep people safe. Alex Braae reports.

New Zealand’s spy agencies now focus about half of their total effort on potential white supremacist terrorists, they say, but critics argue their efforts need improvement to avoid future failures.

SIS boss Rebecca Kitteridge appeared before parliament’s Security and Intelligence Select Committee this morning, an annual event at which some of the work of the country’s security and intelligence agencies is brought to light. She admitted failings around the March 15 attacks, particularly in terms of how the SIS engaged with Muslim communities.

Kitteridge warned the committee that further terrorist attacks could be inspired by the ideology that motivated the Christchurch mosque shooter, along with other extremist ideologies, and set out in broad terms how those threats were being addressed.

Many in Muslim communities have criticised the spy agencies as being too heavily focused on Muslims as potential threats, rather than potential victims of terrorism.

In a statement released in advance of Kitteridge’s appearance, Islamic Women’s Council of NZ spokesperson Anjum Rahman said that “an extensive array of unique identifiers attributable to the Christchurch terrorist were discovered post the attacks. They were already in existence prior to the terrorist attack, so what impeded their discovery before the attack happened?”

Today Kitteridge said “we know we must do better, and we will,” highlighting the internal Arotake Report which has just been released. “It is important to note that we did not wait for the findings of the Royal Commission before acting.”

In response to a question from Green co-leader James Shaw about whether spy agencies were looking hard enough at white supremacism, Kitteridge described the phenomenon as an “unfortunate international trend”. However, in response to a question from PM Jacinda Ardern, Kitteridge stressed that the SIS was not focused on hate speech or online extremism. Rather they were solely focused on “violent extremism and terrorism where people are ideologically driven”. The March 15 terrorist was found by the Royal Commission to have been radicalised through engagement with online white supremacist communities.

The question of monitoring internet activity dominated exchanges between Kitteridge and reporters after the committee hearing, with Kitteridge stressing that the organisation did not conduct “mass surveillance” of the internet.

“NZSIS activities online won’t be visible to the New Zealand public, and that’s how it has to be – we won’t be telling you where we’re active and where we’re not. Of course we do have activity online, and we investigate the most extreme and violent ideologies.”

A recent bomb threat against two Christchurch mosques was foiled only after security forces were alerted by activist group Paparoa. Kitteridge declined to comment on whether the agency would have seen that threat had it not been alerted to it.

Speaking to the committee about threats outside of white supremacism, Kitteridge noted that the SIS now speaks about “Identity Motivated Violent Extremism” and “Faith Motivated Extremism”.

“The new terminology makes it clear that our concern is with violent extremists and terrorists of varying ideologies. Those threats should not be conflated with communities,” said Kitteridge.

Kitteridge said all aspects of the organisation have been reviewed, and that the Royal Commission’s reports noted changes already made, including many staff undertaking “unconscious bias” training. 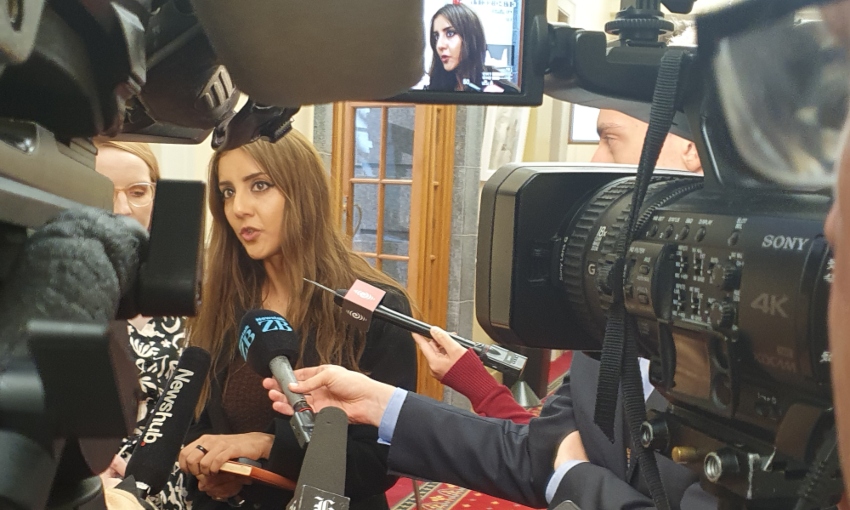 Green MP Golriz Ghahraman said after the hearing that it was “pretty clear that they were looking in the wrong places” before the Christchurch terror attacks.

For five years before the attacks, the Muslim community had been reporting escalations in the threats and hate crimes being directed against them, she said.


“So there was a lack of coordination, and a lack of recording by police and the SIS and GCSB, that’s become really clear.” Ghahraman also accused Kitteridge of allowing “racism” to take place in SIS operations under her watch.

“I thought what was disappointing in her response post the Royal Commission report was that she was still not recognising the race based errors that had been made. At that point I did feel like she should have stepped down, given the incredible threat that we’re facing.”

Acting director-general of the GCSB Bridget White also spoke to the committee, highlighting increasing cybersecurity risks, both for the government and for private organisations. She said these threats included “high profile denial of service and ransomware attacks” that were carried out.

“These attacks are showing levels of sophistication and capability previously seen only by well-resourced state-backed actions but are now being deployed by criminal actors motivated simply by financial gain.”

Much of the work of the agencies was not openly discussed – at least in the public session of the select committee. A private session for MPs was held afterwards.

For example, White said the GCSB “have made, and are continuing to make, valuable contributions to global counter-terrorism efforts. I am however unable to talk in this open forum about specifics of this activity without putting at risk highly sensitive intelligence equities and capabilities.”


Kitteridge was also asked whether the spy agencies should be putting more information in the public domain, after National MP Gerry Brownlee highlighted a column in the Dominion Post this morning considering that question.

In response, Kitteridge said the agencies are already making increasing amounts of information public, and have been trying to find ways to do that without compromising work that needed to stay invisible in order to remain effective.