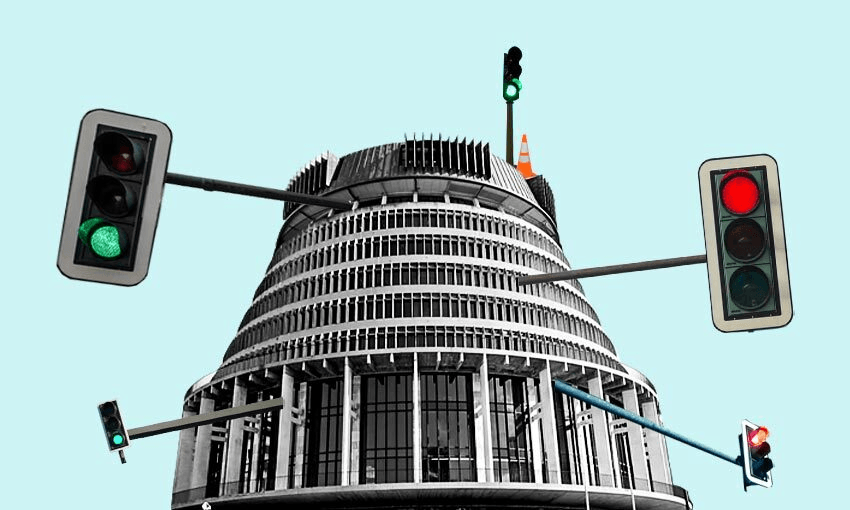 In rushing through the ‘traffic light’ legislation, the government has failed us

A bill that allows the state to say ‘put this in your body or else largely forgo social interactions’ should be given time for proper scrutiny and debate, argues law professor Andrew Geddis.

By the end of the day, MPs likely will have passed the legislation required to enable the government’s new “traffic light” system of Covid controls, complete with the vaccination certificates people will be required to show to earn their freedoms under it. That legislation became available for us to view … yesterday morning. And it will become law without the general public having any opportunity to submit their views on what it says.

I’m not alone in regarding this lawmaking process as being a “constitutional disgrace”, as my VUW colleague Dean Knight has so appositely put it. I mean, let’s go back to the last time we had major legislation put in place to govern the creation of a new system of Covid controls – the enactment of the Covid-19 Public Health Response Act 2020, back in the now-halcyon days of our first national lockdown. At the time, I criticised the “ridiculous speed” with which it became law after the bill had been made available for some comment 18 hours before its introduction and then debated over a full two-day period. Now, having had the chance to reflect on that lawmaking process, the government appears to have decided on a “more cowbell” approach and moved even more quickly when enacting its new Covid-19 Response (Vaccinations Legislation) Bill.

The consequences of this legislative haste are problematic across the board. Here’s what the Ministry of Justice told the attorney-general when advising him on the bill’s consistency with the New Zealand Bill of Rights Act 1990:

Remember, this is a bill that authorises the government to set constraints on who can and cannot take part in large parts of social life for the foreseeable future, that specifically permits it to require people in certain occupations to be vaccinated, and that is going to authorise other workplaces to decide if their employees have to be vaccinated or else lose their jobs. It’s getting pretty close to effectively mandating that people accept a vaccination, even if it isn’t imposing direct penalties on them for not doing so.

That may well be fine to do. I’m double-vaxxed, my kids are/will be when the age limits shift, and the science is the science. But, still, legislation that allows the state to say “put this in your body or else largely forgo social interactions” is a big step. And it’s one that ought to be taken with due respect; given time for proper scrutiny and debate, with input from an informed public.

Because, as this bill powered through all its legislative stages like a rolling maul punching over the Black Ferns forward pack, a whole bunch of pertinent information remained hidden from us. The New Zealand Council for Civil Liberties asked under the Official Information Act for a range of advice given to the government about its plans for vaccination certificates. First, the government apparently didn’t realise this request had been made, and so failed to respond to it in the time the OIA allows. Then, it refused to release the information because it will be made public “soon” … in late January, two months after the legislation authorising the use of vaccination certificates has been enacted into force.

This is, to put it mildly, simply not good enough. Indeed, if you were trying to construct a lawmaking process to set off the conspiracy minded and undermine the social licence needed for success, it would look something like this. Hide the information that’s informed your legislation, introduce it at the very last moment, whip it through the House overnight, and present it as a fait accompli the next day.

Not, I hasten to add, that I subscribe to any conspiracy reasoning here. Rather, the reasons for the government’s behaviour are far more depressingly mundane. It has a parliamentary majority that allows it to act as it pleases. And, I suspect it thinks that the overwhelming public mood is one of “give me my summer and I don’t care how it is done, as long as it is done”. I also suspect that it is suffering from Covid fatigue as much as the rest of us. Struggling to meet the ever-changing challenges of the virus across a whole range of fronts is a grind, and just doing enough to cope counts as a major success. Certainly, that’s the message we’ve been trying to send out to our students through the last few fraught months.

But here’s the thing. When you’re the government, you’ve got to do better than “just enough”. Putting rules in place to allow society to function in the new Covid normal matters. But how you put those rules in place also matters. And in that respect, the government has failed us with this latest bill.

Four adults rave about a truly unmissable children’s film.
By Group Think
A bunch of people
Aotearoa continues to adapt to a new reality and The Spinoff is right there, sorting fact from fiction to bring you the latest updates and biggest stories. Help us continue this coverage, and so much more, by supporting The Spinoff Members.Madeleine Chapman, EditorJoin Members