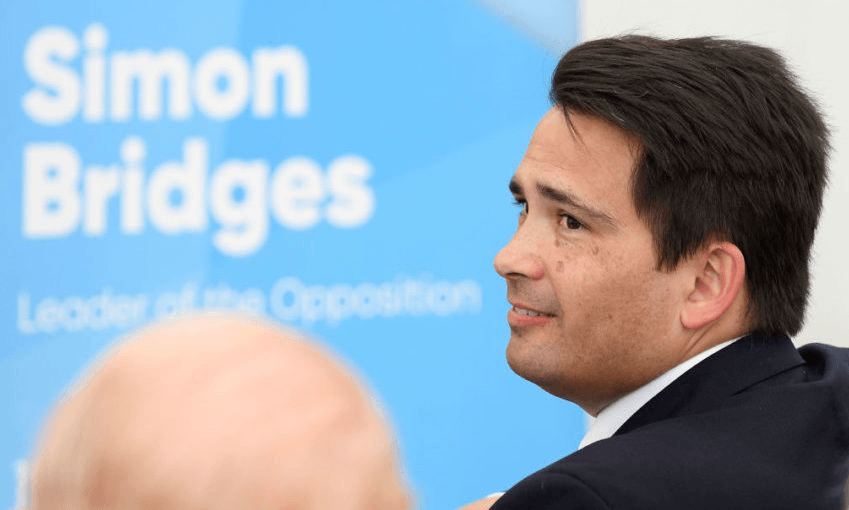 With a capital gains tax off the political agenda, the opposition needs to find the government’s achilles heel. Liam Hehir goes looking through the options.

This is the week of the “wellbeing” budget. Animating this bold vision for our future is an ironclad certainty that the one thing New Zealanders really need to be happy is a new framework of corporate jargon to tell them if they are happy or miserable. So instead of focusing on jobs, economic growth and taxes, the government will also communicate its priorities in terms of things like social connectedness, civic engagement and governance, cultural identity and time use.

How will National respond to this? Well, apart from the required scrutiny of the initiative during budget week, it probably won’t really continue to join battle with the concept publicly. Whether Labour expects it to or or not, an initiative built around a new set of bureaucratic measures is just not going to win votes. Consequently, there’s just not really going to be a lot of mileage gained in continuing to attack the concept.

Which leaves National at a bit of a loose end in terms of targeting its oppositional efforts.

The Capital Gains Tax was meant to be the Big Bad

For National, the capital gains tax was a bit like the Night King in Game of Thrones. Strongly supported by a horde of government ultras in the press and social media, the proposal was a menace to rally against in opposition. It was an easily understandable but unpopular policy and, from the day Jacinda Ardern became prime minister, it really did look like it was going to be the great clash of the 2020 election.

But instead of being the climax of the story, the capital gains tax was killed off halfway through. The prime minister’s decree that there would never be a CGT on her watch was like a Valyrian-steel dagger to the abdomen of the tax. And the dramatic narrative of the season (er, electoral cycle).

The gloating of National’s opponents is justified

Perspective can be an interesting thing. You’d think, for example, that Sir Michael Cullen would have little positive to remark about the Labour-led government rejecting the CGT recommendations he was lobbying for. And yet on the day the announcement was made, Cullen crowed about the manner in which Ardern’s rejection had “shot the horse out from underneath the National Party”.

Greens Co-Leader James Shaw seemed to take a similar line. He had, of course, previously suggested that the government should not be re-elected if it fails to enact a capital gains tax. Following cabinet’s decision, he told the NBR that National was left needing “another car to chase”.

It would be unsporting to deny tax enthusiasts their consolations at this difficult time. It would also be foolish to dismiss their observations of trouble for National. They are quite accurate.

By putting the unpopular CGT monster to the sword, Jacinda Ardern has denied National the chance to slay it in a general election. This has been the principal quandary facing the prime minister for some time. By making something akin to a “Shermanesque” statement on the question, it is no longer much of a vulnerability.

National’s own silver lining is that the dispositive nature of Ardern’s announcement may help the opposition in one key way. As I wrote back in February, the worst thing that could happen to National would be for Peters to become the one thing standing between voters and a CGT. By ruling it out as long as she is prime minister, Ardern may have limited that effect.

So National should tread carefully. If it casts too much doubt on the prime minister’s sincerity, it might just revivify the Winston-as-saviour notion that would be so deadly to its 2020 chances. It would be better for the party to treat as dead what is, by now, well and truly dead.

Finding a new issue soon is essential for National

Assuming that arguing about complex cobweb graphs isn’t going to be much of a rallying cry, where can National go to take the fight to the government now? What will be the Cersei Lannister to take us home?

Effective oppositions focus on issues that hit a government along its fault lines. They exploit tension between the electability and base-pleasing concerns of their opponents. And, in doing this, they also seek to heighten the internal contradictions within the coalition arrangements themselves.

Opposition to the target issue must also be genuine. The country’s interest is not served by phoney resistance. It would be a mistake and a disservice to New Zealand for National to replicate Labour’s mistakes over the TPP.

Labour reforms could be a happy hunting ground

Taking all that into account, and looking at the government’s agenda, it seems q promising target for National will be the so-called “Fair Pay Agreements” that would set national minimum pay and other conditions for employment in given sectors. The working group set up by the government to look into the matter has suggested that such agreements should be triggered if as few as 1,000 people – or 10% of the workforce – in a given field request one.

It is likely that such agreements would impact the provincial economy more than its the metropolitan counterpart. Lower wage bills (set against a background of lower living costs) are the nature of business outside the few cities swollen by the cash of mega-firms and government. If a one-size-fits-all approach to pay is taken then, since there’s no one-size-fits-all approach to price and profit, business in the provinces will suffer disproportionately.

Unions could be a useful foil for National

Moreover, Fair Pay Agreements could be characterised as a kind of de facto compulsory unionism. That’s because the process of concluding a collective requirement will inevitably involve negotiations with the representatives of organised labour. And those unions will, presumably, be paid well for their trouble in representing the interests of workers who may or may not have much interest in being their members.

In fact, the vast majority of workers have opted against union membership. There are all sorts of reasons as to why that has happened, of course. Principled conservatives who care about social cohesion should be wary about gloating too loudly over the decline of a key institution of civil society.

Nevertheless, a natural result of weaker unions is that people don’t generally have a high degree of confidence in them. UMR, which polls for the Labour Party, found unions the second least trusted institution in its “Mood of the Nation” in 2016 (this being the last year to which I could find reference online). Apparently, they lagged behind big business, churches and even banks and beat only the media in the trust stakes.

It’s worth noting here that there is no reason to assume that popular confidence ratings for such things are really fair or reflective of more than stereotypes. Nevertheless, they are a reality.

In polls around the world, “small business”, on the other hand, usually gets very good approval ratings. And New Zealand is nothing if not a country of small businesses. Thirty percent of employees work in the small and medium-sized enterprises that would be most prejudiced by central control of employment negotiations. These firms are a crucial constituency that National needs but sometimes takes for granted.

Fair Pay Agreements are an obvious wedge for the coalition

Finally, Fair Pay Agreements are likely to divide the parties in government. While Labour has a strong interest in promoting the role of unions (and some of them enjoy corporate membership of the party itself) the same cannot be said for NZ First. While that party has an interventionist orientation, it tends to be more of the Muldoonist variety. Winston Peters might not be overtly anti-union, but his overall constituency has more sympathy than Labour’s for the smaller, more provincial firms that will struggle with the reforms.

That, and not the budget, is the natural place to go

In a way, Labour has given National something of a gift. By eschewing easily-digestible, bite-sized announcements in the budget this year, the government has given the opposition some amount of room to set the agenda. And given that Fair Pay Agreements check all the right boxes (without even looking at the amount of money that can be raised in opposition to them) I’d be willing to bet that we will hear a lot from National on this front in the year to come.