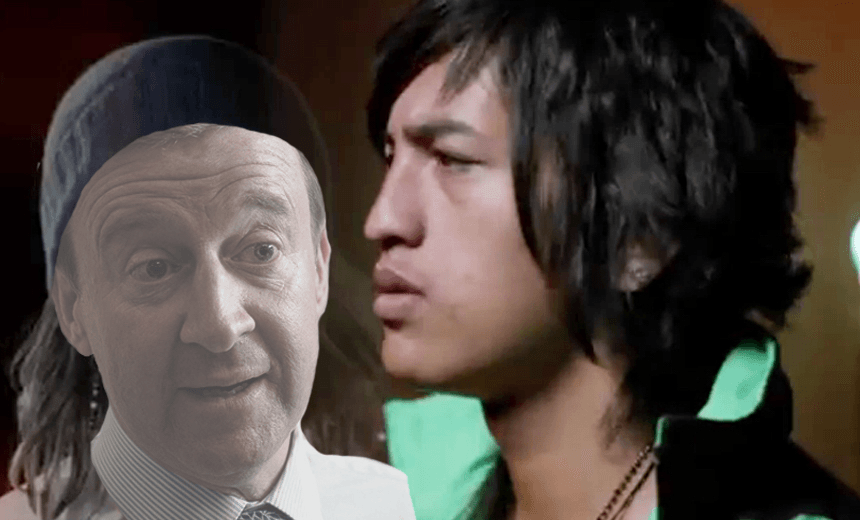 The mental health budget: You know we can’t grab your ghost money, Jonathan

By Kyle MacDonald
Guest writer
Made possible by

The government’s budget announcement trumpeted a new $224 million spend on mental health – but is the plan really as impressive as it sounds? Kyle MacDonald digs into the numbers.

If you’ve ever shopped around trying to compare mobile phone plans or power company rates, you know how hard it can be to figure out which is actually better. And that’s no accident – if it was easy to compare, you’d simply take the cheapest. Offering numerous products all with slight differences confuses the customer and works in favour of the companies who want your business.

They hold all the cards.

Political parties policies are no different – budgets need big numbers and impressive sound bites for political marketing purposes. Even more so in election year. And for most of us, the meaning of numbers in the hundreds of millions or even billions is hard to grasp.

“Two Hundred and Twenty Four MILLION DOLLARS on mental health” certainly sounds impressive, and given how much trouble the mental health sector seems to be in it makes sense that the government wants to make it see like they’re DOING SOMETHING. That is a “doing something” kind of number.

However this budget, at least when it comes to mental health, is more sleight of hand than firm hand on the tiller.

The first parlour trick is a fairly transparent one, in that all the numbers are over four years. So it’s actually $56 million per year. Sounds underwhelming already, but it gets worse.

Of that, only $25 million is actually targeted at DHBs. Part of the budget announcement was “$100 million [over four years, so $25 million per year] of DHB funding will be ring-fenced for mental health.”

But does this money actually exist? Or is it just ghost money?

I went looking for it, and where you should be able to find it is in the Vote Health Budget.

The Vote Health Budget is a publicly available Treasury document that details health expenditure for the next year. The 2017 document is here. My sources tell me that you should be able to find newly allocated money detailed under “New Policy Initiatives”. For those of you following along at home, that’s page 12 and 13.

Estimates vary, but last year, according to the Ministry of Health’s own figures, District Health Boards needed $644.8 million to meet their costs. They only received $400 million. Next year, as revealed in this budget, DHBs only get $439 million.

And out of this they’re now required to increase their mental health budgets.

To be fair, there is some new money. A further $25 million per year has been promised as part of the social investment budget, which “will target innovative new proposals to tackle mental health issues”.

So at a time when our core frontline mental health services are falling apart, we’re spending the only new money on a “blue sky fund”.

That’s like deciding to spend the only savings you have on repainting the fence when the roof’s just blown off the house.

But it’s not even clear what this money will be spent on. What is clear is that health minister Jonathan Coleman is fresh out of ideas; he’s throwing the only money he has to spend around without a plan. It certainly isn’t enough for a major nationwide mental health intervention, and is likely to lead to little but community agencies and NGOs fighting over the scraps.

The remaining $6 million per year (of the $56 million per year) is for a range of small projects that will make little difference to our mental health services. It was likely money that was being spent anyway, on a Corrections response to self harm, a small Māori suicide prevention programme, and a trial project under the Ministry of Social Development supporting people back into work. None of it seems to be new money, and none of it is going into the health budget.

So we have $25 million a year in ghost money, $25 million in the social investment budget that has been promised to new programmes, and some loose change (fiscally speaking).

What all this says to me is that the Cabinet panicked because the minister of health, true to form, ignored mental health when it came to budget planning. In light of the growing chorus of concern about mental health – demonstrated by a UMR survey that found only one in ten people think the government is doing enough – they tried to pull a rabbit out of a hat.

There has of course been the predictable chorus of “Better than nothing”, “It’s a good start”, and “Any money is welcome”.

However the truth is this: It is nothing. It’s not a start. There is no new money.

But ultimately budgets aren’t really about money; they’re an opportunity for a government to outline its priorities. And when fooling the public is more important than actually helping those in most need, it becomes crystal clear where this government’s priorities lie.

The only good news is that nine out of ten New Zealanders care. It’s just a shame none of them seem to be in power.

Kyle MacDonald is a psychotherapist, writer and co-host of the radio show the Nutters Club. He is one of the initiators of the People’s Mental Health Review, a joint project with Mike King and Action Station.