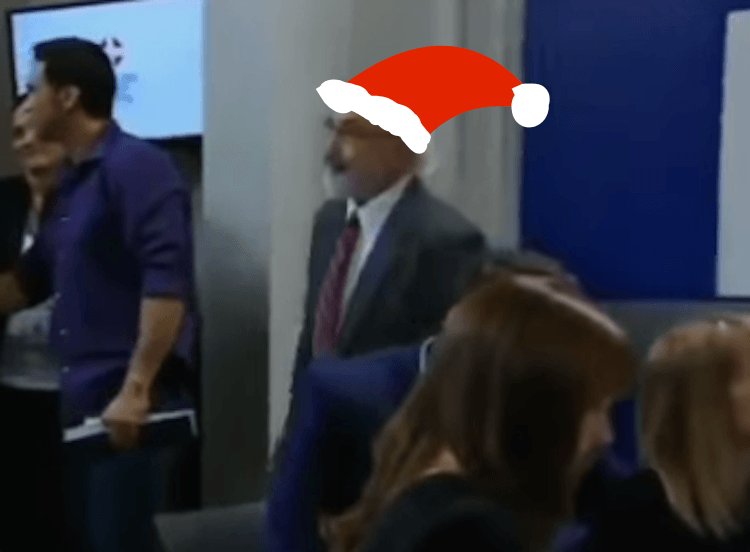 Harry-et the Spy has been doing some serious leg work in the snoop department. Watching his druggie neighbours (Paul Williams, probably) coming and going – he’s taking notes and presumably names. He lies to Chris about it being schoolwork, and then gets some gross spy app that makes it look like he’s perving on Pixie. What happened to the good old days when it was all huge ten gallon hats and small American flag lapel badges?! I don’t like Ferndale’s take on spying one little bit. Also why do the Warner’s have an archery target?

Elsewhere in sordid Ferndale, Clementine is pimping out Kylie to Damo. He’s will to drop $600 for a lovely meal with her. Damo also wants a dress and a wig thrown in. Could be all good, could be The Jinx. Time will tell.

In more possibly controversial news, a box of organic fruit costs $50 in Ferndale. Here is my price breakdown:

But anyway, nothing of this really matters because here is Santa wearing a lovely suit: