Futurist and evolutionary biologist Robert Hickson (Science Media Centre) on the known and as-yet-unknown aspects of the virus.

1. We know where the virus ultimately came from

We know that the virus originally came from bats, and most probably a species of horseshoe bat in South East Asia. However, the spike protein in SARS-CoV-2, which allows the virus to attach to cells and infect them, is more different than those from horseshoe bat sequences. While the sequence of this protein is more similar to one in a coronavirus from pangolins, researchers now think this is because the bat sequence has recombined, rather than pangolin being an intermediate host. However, this has not yet been verified.

Some epidemiologists think that a less pathogenic version of the virus may have been circulating in people from Vietnam, Laos and/or Myanmar before it appeared in Wuhan, China. This too hasn’t been proven yet.

Thousands of genomes of the virus have now been sequenced. Analysis of these has helped to monitor how the virus is evolving (not much), and how the pandemic has spread around the world and within communities. These are illustrated in interactive graphics on the NextStrain website.

2. We know a lot about how the virus spreads

SARS-CoV-2 appears to be slightly more infectious than the flu, but less easily spread than the two other recent coronaviruses that came from animals (SARS and MERS).

It is mainly spread by droplets and aerosols

The virus infects the respiratory system, so it is spread mainly by coughing, sneezing and talking. Singing can also spread infections. The virus can survive on surfaces for a few days, but the frequency of this route of transmission is unclear.

The virus is known to be most easily spread indoors where people are in close contact. Most cases of transmission appear related to infections within households, and in healthcare facilities where there are poor infection control measures. Most clusters of transmission outside of households are associated with “3Cs”. closed spaces with poor ventilation, crowded places, and close-contact settings. Examples include churches, bars and cruise ships. 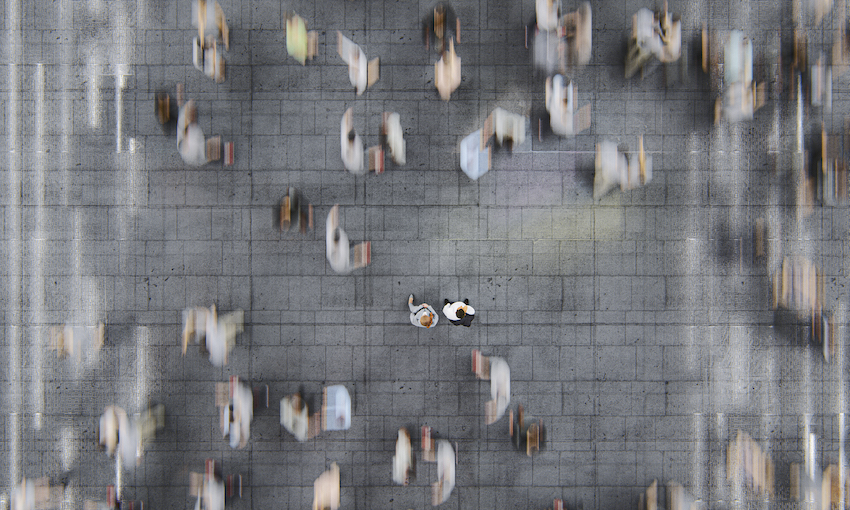 Symptoms take about a week to develop, but people can spread the virus before then

Symptoms typically appear about one week after infection and last generally for another two weeks. The virus appears to be spread mostly from 2-3 days before symptoms are noticed and up to one week after symptoms appear. A review of many studies estimated that 48% to 62% of transmission may occur before people show symptoms.

Some people may not show symptoms, but can still spread the virus

Some people do not show symptoms after infection (or don’t notice mild symptoms), but can still pass on the virus. It is unclear how many people fall into this “asymptomatic” category since it varies by setting, and depends on having good testing. Estimates vary from 6% to 81% (on a cruise ship), with the WHO estimating a general asymptomatic level of 16%, the Centres for Disease Control and Prevention estimating 40% in the US, and another study considering 40-45% may show no symptoms. More systematic testing makes the asymptomatic infection estimates more accurate.

3. We know a lot about how the virus affects the body, but are still learning too

The virus is different from the flu and SARS due to the broad range of symptoms and conditions that it can cause.

About 5% of patients with severe symptoms can require intensive care, and more than 75% of hospitalised patients have needed oxygen.

Those without symptoms may also still show tissue damage. 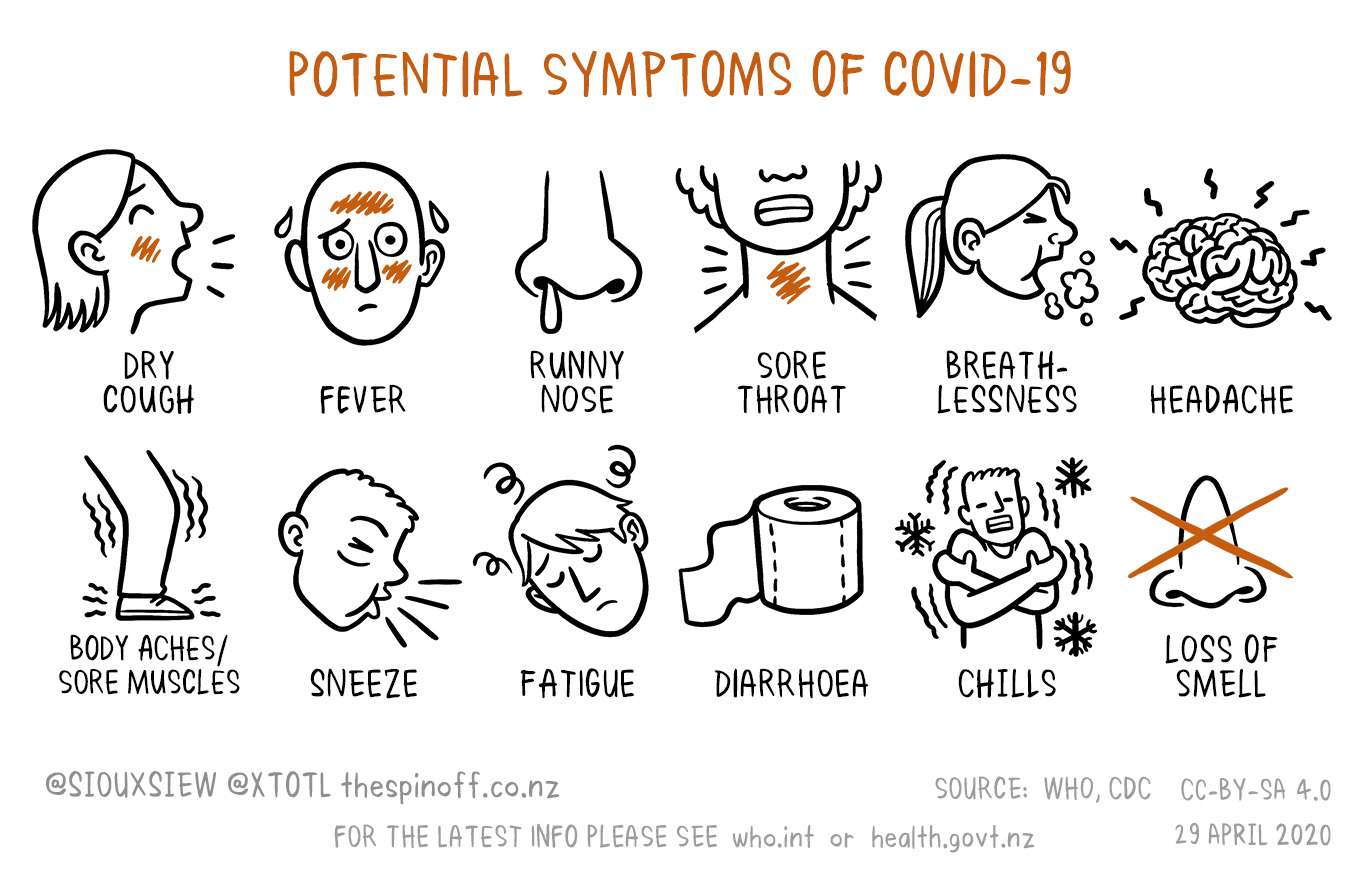 4. We know who is most at risk

Those most at risk of developing severe conditions, or dying, are men, older people, those who are obese or overweight, those who are socially deprived, and those from non-white ethnic groups (in Western countries).

Patients older than 80 can be at least 20 times more likely to die from Covid-19 than those in their 50s. The elderly may be at more risk due to a variety of factors, such as weaker immune responses, but these factors are still being studied. The socially deprived are usually less likely to get medical help earlier and may have lower-quality health care.

However, young people and those without pre-existing health conditions can sometimes become severely ill and can die from Covid-19.

5. We know some effective treatments and interventions

Regular handwashing and avoiding close contact with others are known to reduce risks. Wearing well-fitted masks also helps reduce the chance of spreading infection, though by how much is less certain. Avoiding large gatherings and confined spaces, particularly where there is singing or shouting, is also known to be effective.

Lying patients on their stomachs, providing extra oxygen, and using ventilators are effective treatments for those who have difficulty breathing due to Covid-19. Hospitals are improving their care as they treat more people, so patient outcomes are improving.

The antiviral drug remdesivir has shown promise in treating patients with lung infections if it is used in combination with other drugs. One study has shown that it shortens recovery time. However, so far it hasn’t been shown to reduce deaths.

The steroid dexamethasone, and some other corticosteroids, have been shown to reduce deaths amongst those with severe disease, such as those on ventilators. The effects of these steroids on people with less severe conditions is still being investigated.

What we still don’t know

1. Why do people respond differently?

While we know some factors that influence the risk of becoming very sick, we often do not know why that is. For example, why do older men appear to be at more risk than older women? It is also unknown why some people don’t show any symptoms, although this is seen for other coronavirus infections too. Some infected people, called “long haulers”, take months to recover, and it is not known why. It is likely that a combination of factors, such as genetics, behaviours, and the individuality of people’s immune systems, play a role. 2. Do people develop immunity, and how long could it last?

People do develop antibodies and cellular immune responses after being infected. However, we don’t yet know if this prevents further infections, or reduces the severity of the infection. Studies have shown that people can get re-infected with other coronaviruses within a year, and cases of re-infection of SARS-CoV-2 are emerging, so there may not be any long-lasting immunity to Covid-19.

3. How well will a vaccine work?

There are over 300 possible vaccines being tested. Some vaccines have begun phase three clinical trials, which will indicate how effective they may be. Results are likely to start becoming available before the end of the year. Vaccines may not provide long term immunity. They could moderate symptoms rather than prevent infection.

However, combined with other treatments even an imperfect vaccine can help slow or eliminate the spread and reduce the impacts of the virus.

Producing and distributing vaccines is complicated and takes time, so even if/after vaccines are approved most people may have to wait months (if not longer) before they can be vaccinated.

One research paper suggested that the virus was mutating to become more infectious. However, this hasn’t been proven. Neither is there evidence to show that the virus is causing more severe disease as it spreads, or is becoming less infectious.

Viruses do mutate, but the mutation rate for SARS-CoV-2 – about two mutations a month, or every second or third transmission – is similar to other RNA viruses like influenza.

5. What will the next pandemic be?

There are thousands of viruses in animals with the potential to infect people, but we are not studying them systematically to identify the main risks.

But we do know what needs to be done to reduce the likelihood of further pandemics.