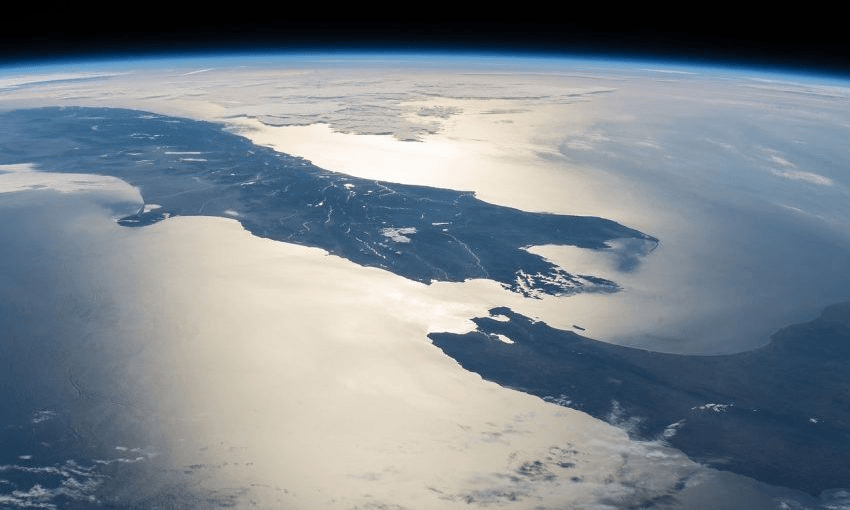 ‘To become carbon-neutral by 2050, we need a lot more action’ – the experts’ view

The latest inventory of New Zealand’s greenhouse gas emissions shows a 20% increase in emissions from 1990 to 2016. The Science Media Centre has collected commentary from the experts

Climate change minister James Shaw announced the result of the inventory this morning a few hours after Jacinda Ardern declared that the government would not hand out any new offshore oil and gas exploration permits through the Block Offer programme.

The new greenhouse gas numbers show the scale of the challenge ahead: while New Zealand’s gross emissions aren’t projected to grow, they aren’t projected to fall very fast, either. It’s good to see the minister be clear that “it won’t be easy to meet our 2030 target”. That’s been obvious for some time, and it’s why the existing target is already ambitious.

It’s good for the climate to limit the expansion of the fossil fuel sector but economically it shifts a burden to regional development portfolios. It would be great to see New Zealand’s regions flourishing economically, environmentally, culturally and intellectually: that would help us with our chronic productivity and skills issues. But how do they get there? If today’s announcement signals the beginning of a new New Zealand economy based on skills and high productivity, then that would be great. But without that support, the decision will remain vulnerable to being overturned by future governments.

Taken together these announcements show how the focus of climate policy, as is the case everywhere, is becoming a domestic balancing act: everyone desires a transition to a low carbon economy; but it’s not easy – it’s a long-haul, finely-tuned balancing act to make sure we are as strong on the noun as we are on the adjectives (and vice versa).

It should come as no surprise that the government has announced the cessation of new offshore oil and gas exploration. However, the government was careful to note that current permits will continue, with some not expiring until 2050. This is roughly in line with the previous parliamentary commissioner for the environment’s belief that gas – Taranaki’s mainstay fuel – would still be needed for roughly 30 years until infrastructure and technology for renewables were in place.

The announcement creates uncertainty for NZOG’s new Monaco-based owners, Ofer global, and any future development off the Otago coast, which is predicted to be a gas development larger than Taranaki’s Kupe basin. With its share price falling on the news, it seems the market is not hopeful that NZOG will make good on its drill permit which is due to expire in April 2019.

The latest greenhouse gas inventory shows some good news: gross emissions went down slightly from 2015 to 2016. But, our emissions overall have been fairly static for several years now. We may meet our national target for 2020, but to live up to the more stringent future targets, and for the country to become carbon-neutral by 2050, we need a lot more action than we’ve seen over the last decade.

Now at last, NZ seems to be on track. The prime minister’s announcement today about stopping offshore exploration for fossil fuel deposits is exciting, and a real step in the right direction. We know that we can’t afford to burn much more oil if we want to meet the Paris Agreement targets and avoid catastrophic climate change.

Plus, the government’s new transport funding plan puts emphasis on public transport and active transport (cycling and walking). This gets us away from the outdated mantra of more roads and more cars that we saw from the previous government. Again, this will help New Zealand onto a low-carbon pathway.

New Zealand is a small player in global emissions of greenhouse gases but our actions carry huge symbolic weight. If any country can become zero-carbon, surely we can. It can only benefit us to be leaders in this crucial race to stabilise the climate.

The latest greenhouse gas inventory up to 2016 shows emissions have tended to stabilise in most sectors over the past decade which is encouraging. The energy sector continues to decline overall due to higher shares of renewable electricity generation, but this masks the ever increasing transport emissions that are included under ‘energy’.

Linked with this is the decision by government not to offer any more oil/gas exploration permits. It is well understood that if we are to keep the planet from warming more than 2 degrees centigrade, of all the known oil, gas and coal reserves in the world, the vast majority will have to remain where they are rather than mine them then combust them for heat, electricity and transport which would release the stored carbon into the atmosphere as carbon dioxide.

Therefore exploring for more oil and gas makes little sense if we are to keep New Zealand within its share of the carbon budget. The challenge for New Zealand to reach net zero emissions by 2050 will be difficult enough. So we simply have to start weaning ourselves off fossil fuels from now on. It won’t happen overnight but looking for more gas and oil won’t help.

The more immediate target of reducing emissions to 11.2% below 1990 levels by 2030 under our Paris Climate Agreement obligations will also not be easy. The latest greenhouse inventory shows that in 2016 our net total greenhouse gas emissions at around 55Mt, are almost 50% higher than they were in 1990 when they were around 38Mt. To reach 11.2% below that level means that in just 12 years’ time, we will have to have found ways to drop the annual emissions down to 34 Mt.

Planting more trees will help, and we could possibly purchase some credits from off-shore to offset emissions that occur in NZ (but from which country and at what price is anyone’s guess). Both these options are only temporary solutions anyway. So inevitably we will need to reduce our domestic emissions.

As the recent Westpac NZ report showed, the sooner we start doing that, then the cheaper it will be in the long term. So as hard as it is to accept by the fossil fuel industry, we have little choice: further exploration for oil or gas would only result in stranded assets by having to leave any resources found where they are.–