How much can you trust the information you’re pulling off a pad wrapper? Mirjam Guesgen finds out.

Those with menstrual cycles may be familiar with Libra’s Odd Spots – mini-facts you can read while spending more than the reasonable amount of time on the loo during that time of the month.

According to Libra’s marketing manager, Laura Damarchi, there are more than 300 different Odd Spots currently in circulation (and apparently more coming soon). She says they were designed as a bit of light-hearted entertainment during an otherwise pretty mundane period of the month. But are they, well, true?

Here are 15 of the weirdest sounding and whether they stack up.

#10 Grapes explode when you put them in the microwave.

But this is totally underselling what actually happens. Cut a grape in half and stick the halves next to each other in the microwave and you get a fiery ball of plasma — a totally different state to solid, liquid or gas.

When the grapes sit close together, they swap energy back and forth until they build up an intense electromagnetic field between them.

#18 Because of the rotation of the earth, an object can be thrown further if it is thrown west.

They’re probably talking about the coriolis effect here. The Earth spins on its axis from west to east but because it’s a sphere, the middle (equator) spins faster than the poles. So you’d think that if you throw something in the direction that the Earth is spinning towards you, it’d go further.

It’s true the coriolis effect occurs over long distances, we’re talking more than 900 metres, but it wouldn’t have much of an effect when we’re talking about ball-throwing distances. Plus, the earth is spinning too slowly for it to really influence a throw. Finally, there are other phenomena, stuff like gravity or wind, that affect how far a ball travels much more than the coriolis effect. 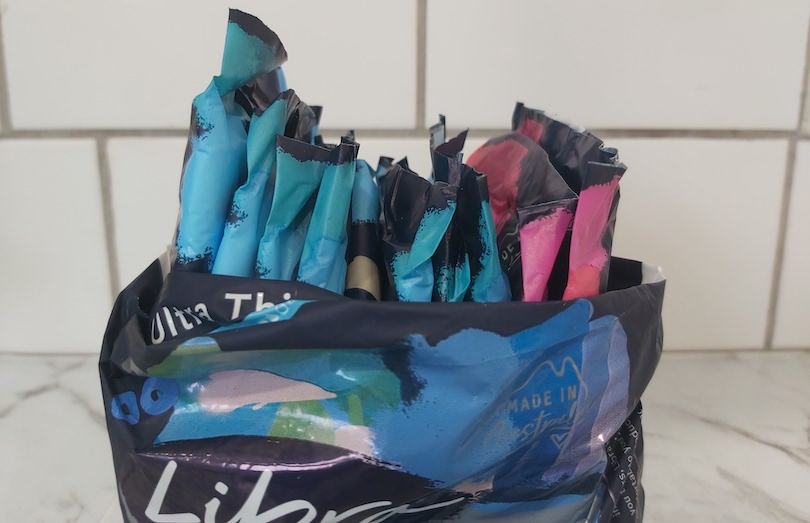 #30 An igloo is so well insulated that you can sit inside without a coat when the outside temperature is as low as -30 degrees.

According to one theoretical study, a single, naked person inside an igloo can raise the temperature by 49 degrees Kelvin from the outside air temperature. So if it’s -30 celsius outside, that’d equate to 19 celsius inside.

Other estimates are a lot more conservative at 4-6 degrees celsius above the surrounding air outside. With a candle, you might be able to get it above zero. So, would not recommend testing it out.

Igloos are really great at trapping heat thanks to their shape and the tiny pockets of air in the ice that make up their walls.

#286 During menstruation, the sensitivity of a woman’s middle finger is reduced.

This one seemed too weird not to look into. There are a tonne of studies out there demonstrating that pain sensitivity varies across a person’s period but the data is pretty inconsistent.

The middle finger part may have come from studies like this one, where researchers attach a heart rate monitor on that finger, but… that’s truly a stretch.

#35 A polar bear’s skin is black. Its fur is not white but actually clear.

Their hairs are hollow, which make them clear and excellent at absorbing heat. Oh and it makes polar bears invisible on infrared cameras. #57 Swans are the only birds with penises.

Males in about 97% of bird species don’t have penises, both males and females have a generic opening called a cloaca. Female birds have vaginas, but they sit higher up in the reproductive tract.

But swans aren’t the only birds to have penises. Ostriches, ducks, geese and our very own kiwi also have them too and most birds have penises when they’re embryos. Male birds loose their junk before they’re born thanks to the Bmp4 gene, which causes it to wither away.

Why some birds do and don’t have penises may come down to mating style.

#14 When you blush, the lining of your stomach also turns red.

Although there are no images from inside the stomach to confirm this.

The idea is that blushing is essentially tiny blood vessels called capillaries expand and bring more blood to the surface of the skin, causing a reddened colour. Since the stomach also has capillaries that lie close to the surface, it should theoretically “blush”.

#12 Human thigh bones are as strong as concrete.

But this is one of those “it depends”. It depends on a person’s biological sex, age, fitness, and where on the thighbone (femur) you test. Same goes for concrete, it depends on what type of concret, how it’s mixed and what the test conditions are.

Femurs get their strength from how they sit in the body (ie, where the pressure hits), their size, the minerals in the bone and how dense they are. 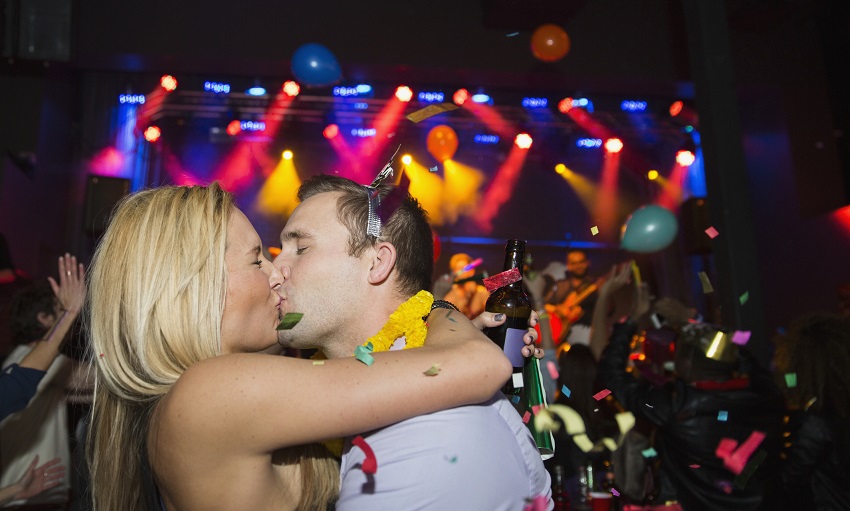 #58 During a kiss as many as 278 bacteria colonies are exchanged.

It’s true bacteria are exchanged through kissing, but it doesn’t seem to alter the overall mouth bacteria environment (microbiota) much.

One study had couples visiting a zoo kiss and then researchers sampled their mouth bacteria. The study found that kissing didn’t make the couple’s mouth bacteria much more similar after a one-time snog-fest.

They did find that couples who frequently exchanged saliva had more similar mouth bacteria than strangers or couples who kissed less frequently.

They also got one person to eat a probiotic yoghurt and then measured how many bacteria were passed over to their kissing partner. On average a person transferred 80 million bacteria per 10-second kiss. Don’t be too grossed out though, those bacteria don’t seem to linger very long.

These snakes give off a foul odour from a gland at the base of their tail when they’re threatened. That musk has been described as “melon- or cucumber-like” but they’re not a slithering salad ingredient.

Mostly because safety match heads don’t contain phosphorus anymore, the phosphorous is on the striking part of the matchbox.

But for argument’s sake, let’s do the math on a strike-anywhere match.

According to the National Institutes of Health, phosphorus makes up about 1-1.4% of fat-free mass (the weight of everything other than fat) in the body. A Swedish study puts the average fat-free mass of men across ages 20-75 at 61.8kg, and for women at 43.4kg. So that’s 62g and 43g of phosphorus. 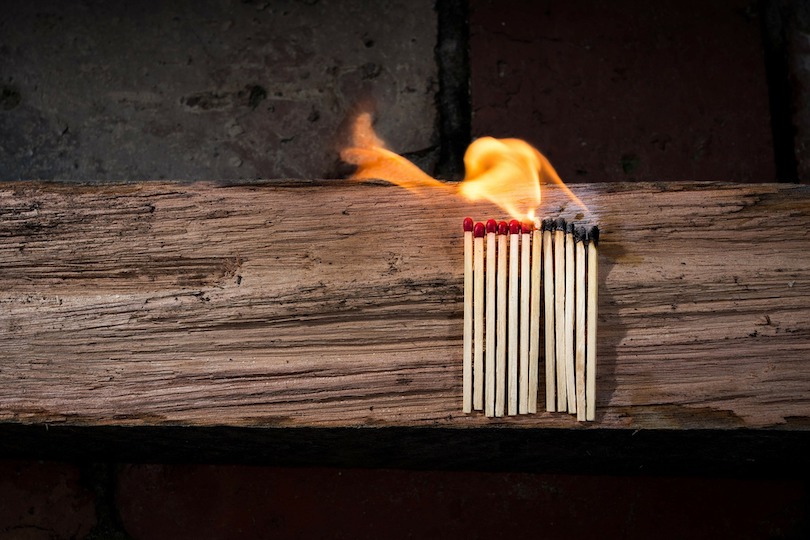 #224 The Nobel Peace Prize medal depicts three naked men with their hands on each other’s shoulders.

#334 Botanically, true berries include grape, tomato and eggplant, but not raspberries and blackberries.

Botanists define fruits based on how fleshy they are, where the seeds are and how they form from flowers.

The three layers that surround the seed of a fruit, the endo- meso- and exocarp, all have to be fleshy for it be a berry. That’s true of blackberries and raspberries.

But true berries form from a single pistol (the female reproductive bit) of a flower, whereas raspberries and blackberries are actually aggregate fruits, meaning they form from several pistols on the same flower.

Also, bananas are berries too.

#71 Seals sleep underwater and surface for air without waking.

Sleeping at the surface is pretty dangerous if you’re a seal. You’re literally a floating snack for killer whale or shark. Mostly they hold their breath while sleeping underwater. At the surface, some seals might look like they’re sleeping but they’re actually only dozing off for about a minute at a time.

Also, often they’re only half sleeping. That is, eared seals, such as fur seals, can put half their brain to sleep while the other half stays alert to predators. Other marine mammals like dolphins and whales do this too.

This piece has been updated from an earlier version, which said #65 was “yeah” when it is in fact “nah”