DIY Covid-19 tests are all the rage overseas but how do they work and are they any good? Mirjam Guesgen finds out.

What is rapid testing?

Rapid tests look and work a lot like a pregnancy test. Except it’s to see if you have the Covid-19 virus in your body, not a baby.

You take a swab from your nose and/or throat, swish the swab around with a buffer mixture, squeeze that buffer onto a test strip and watch for the result. The test strip will show a line that says the test has worked, and two lines if your test is positive, ie, that it’s detected Covid.

You can get results in about 15 to 20 minutes, without the need for sending your swab off to the lab.

How do rapid tests work?

Rapid tests work by looking for bits of the virus protein in a sample. That might be the spike protein or proteins that make up the capsule surrounding the virus’s genetic material.

A section of the rapid test strip is loaded up with antibodies labelled with a coloured marker. Those antibodies are designed to cling to whatever protein the test is trying to detect. The liquid you drip on runs along the paper and then hits this section and, if there are Covid proteins in the sample, they’ll stick to the antibodies and show up as a line.

That’s why it’s sometimes called a lateral flow test, because the sample flows along the test paper.

There’s another section that has a different set of antibodies in it that stick to some other, non-Covid protein in your sample. This shows up as a line to tell you the test has worked. 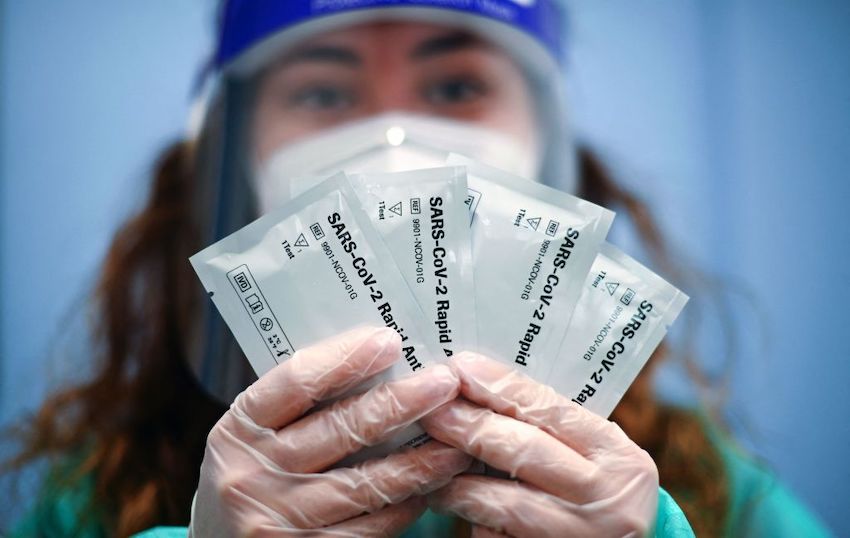 How is that different to the tests we hear about in New Zealand?


In New Zealand the main form of testing we have is Rt-PCR or viral tests.

Rt-PCR tests need to be done in a lab, by trained people, and take 24 to 48 hours to process.

Then there’s a similar-sounding rapid PCR test, available in some parts of New Zealand. This is essentially the same as an Rt-PCR test, except that more of the process is done by a machine so you can get results quicker. It’s still done in a lab.

Antibody testing tells you if your body has been exposed to the Covid-19 virus before, either by being infected or through vaccination. That may or may not mean you’re immune to the virus, that is, that you’re unlikely to be reinfected.

It works by looking for the number of disease-fighting molecules a person has and/or how well they block the virus’s spike protein. Someone can get results the same day or a couple of days later.

Antibody testing isn’t publicly available in New Zealand but is in the UK and US.

What are the benefits of rapid testing?

Because rapid tests are exactly that, fast, the time between getting tested and getting a result is shorter and there’s potentially less chance of spreading the virus around. That is, if a person isn’t self-isolating in that window.

They’re also easy to use and understand. You don’t need years of lab training to do one or figure out what it means.

They’re also cheap to make and therefore cheap to buy. Some governments overseas, like Germany and the UK, are funding rapid tests so people can get them for free – although both countries are looking at stopping those initiatives as a way to pressure people to get vaccinated. Otherwise the tests cost around $15 to $20.

For those reasons, antigen tests are great if you want to be able to test quickly and often, according to applied and molecular immunologist James Ussher. “The ability to potentially do it at home before coming to work or before going to a large concert or sports event is an advantage,” the University of Otago associate professor says.

What are the drawbacks?

They may not be as sensitive as Rt-PCR tests, meaning the tests might miss some people who are infected with Covid-19.

But those estimates of sensitivity vary depending on whether someone’s showing symptoms of Covid-19, the type of test, when it’s done and how it’s done. They can catch anywhere from 34% to 88% of the virus according to independent healthcare review journal Cochrane Library.

That issue can be overcome somewhat by testing more often, according to Ussher. 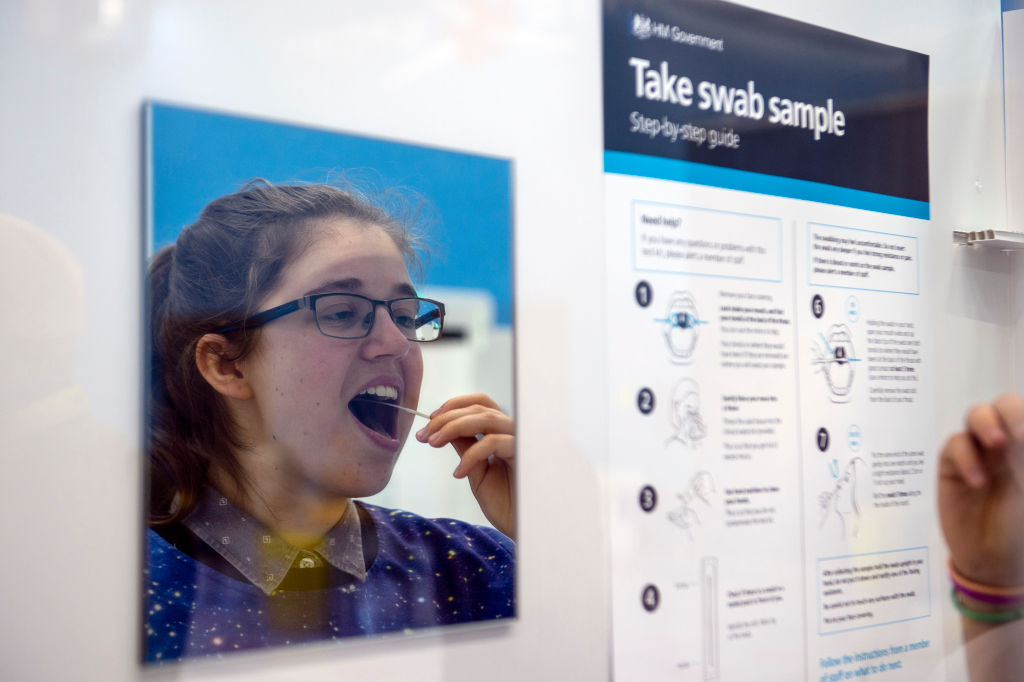 A British student takes a swab for a rapid (antigen) test in a Covid-19 testing centre at St Andrew’s University, Scotland, to determine if students are able to travel home for the Christmas 2020 break. (Photo: ANDY BUCHANAN/AFP via Getty Images)

So are they any good?

Yes, they could be.

For one, it comes down to the exact type or brand of test. “Some are rubbish and some are very good,” Ussher says. The FDA in the US recently recalled a bunch of at-home tests because of their “risk of false results”. But not all rapid tests are useless.

Plus the tests don’t need to be highly sensitive to be effective, more experts are now arguing.

Deciding whether to use them depends on a country’s tolerance for missing a case and the whole purpose for testing.

Contact tracing or testing someone who’s coming into hospital with symptoms? You probably have a low tolerance for missing a case. Mass screening of people without symptoms at schools, workplaces, concerts or sports events? Probably useful.

“Under the elimination strategy, we’ve got zero tolerance for missing cases so… you’ll still be doing PCR testing because you don’t want to miss someone,” Ussher says.

“But once we move to a suppression strategy then the game changes. You’re trying to dampen down opportunities for transmission so you probably don’t mind the occasional case. Instead you’re wanting to maximise the range of people you’re testing or minimise disruption to workplaces.”

How are rapid tests being used overseas?

In some places, like Germany, the government is paying for pop-up centres close to nightclubs and cafes and tests are available for free outside the local pool or sports centre. Germany’s policy is you need to be one of the three G’s to get into public places: genesen, geimpft or getestet (recovered, vaccinated or tested). Rapid tests let people show they don’t have virus swirling around in them if they haven’t yet been vaccinated.

In the UK, you can order a couple of tests for free from the government and have them sent to your house, although they plan to phase this out by early next year. It’s part of their plan to get people tested regularly (like three times a week) to pick up if someone is infected before they spread the virus around.

And it’s a similar story in France, with pop-up testing tents outside of pharmacies. The tests allow people to travel out of France to places like the UK.

According to a release by the Ministry of Health, New Zealand has imported one kind of rapid test in preparation for the country’s next phase of its Covid-19 response. That is, once the country achieves high vaccination rates (it doesn’t specify in the release what those rates are).

It is currently trialling the test to screen people coming into the Middlemore Hospital Emergency Department and at the border.

The ministry says the goal is to see “what role it could play in our future border arrangements, including supporting self-isolation”.