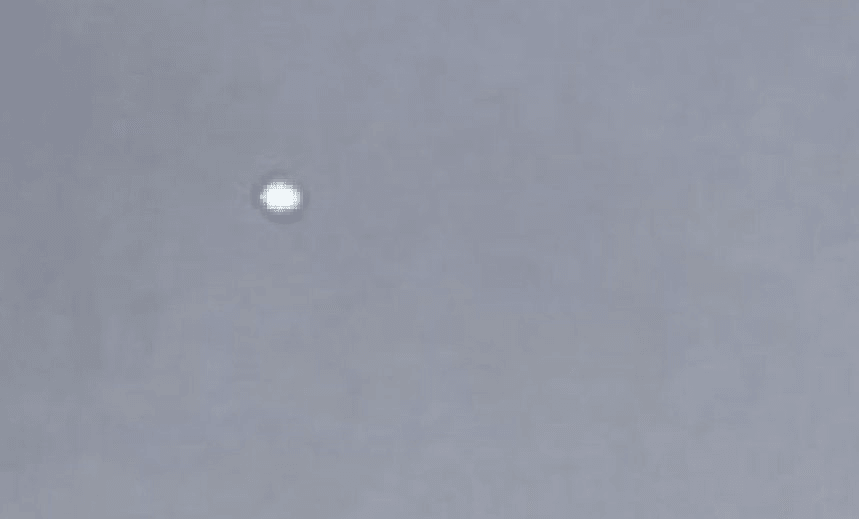 What was that strange object glowing above New Zealand on Anzac Day?

By Richard Easther
Guest writer
Made possible by

Last night a bright disk-shaped object had New Zealanders craning their necks at the sky. Cosmologist Richard Easther explains what it was. Clue: not Venus.

Last night my twitter feed carried a string of “what’s that in the western sky” queries, including this picture from Rachael King:

There’s a clear disk showing in this snapshot, so we can immediately rule out “Venus”, a standard explanation for bright lights in the sky. (And, for good measure, Venus is currently only visible in the pre-dawn hours.)

“Weather balloon” is the next usual suspect for purported UFOs, and they are indeed far more common than flying objects with less terrestrial origins.

In this case, I knew that NASA was launching a high-altitude research balloon this week from Wanaka in the South Island, and a quick Google search revealed that they had succeeded after a string of aborted attempts. And this balloon is a monster, making it particularly easy to see. Meteorological balloons range in size from “large garbage bag” to “small house”, but this bad boy is closer to a flying football stadium – including the stands.

Once we knew what it was, the next question was “what is it doing?” The answer, of course, is “science“.

Balloon science is an often-neglected, older cousin of rocket science and NASA’s primary goal with this launch is to test a better balloon. Their aim is to produce balloons that can spend 100-plus days aloft, providing experimental platforms on the edge of space that cost far less than an orbital mission (and with a decent shot at getting your payload back with a soft-landing rather than a fiery re-entry).

This year’s mission carries a scientific payload since, if you are testing a giant balloon, why waste the chance to put it to work? Slung beneath the balloon is EUSO-SPB, the Extreme Universe Space Observatory on a Super Pressure Balloon, a project managed by the University of Chicago with Professor Angela Olinto as principal investigator.

The experiment is searching for the most powerful cosmic rays in the universe – charged particles that have been accelerated to within a hairsbreadth of the speed of light. To find them, the telescope looks down rather than up. These rare particles slam into the earth’s atmosphere, leaving glowing ultraviolet tracks in the air beneath the balloon which are caught and analysed by high speed cameras.

A more sophisticated version of the experiment will fly on the International Space Station. These exceptionally rare high-energy cosmic rays are catnip for astrophysicists – they are fascinating in their own right, and might well start their journeys towards us from the vicinity of the supermassive black holes at the centres of “active galaxies”, some of the most extreme objects in the universe.

Launching on ANZAC Day, the balloon carried a poppy aloft along with its scientific payload. As Christchurch residents watched an unexpected bright light rising in the western sky “at the going down of the sun“, they were also and unwittingly gazing at a small memorial for those who had fallen in the service of their country.

Below: a video of the launch (mis-captioned as a weather balloon!)

Professor Richard Easther is Head of Department in physics at the University of Auckland and blogs at Excursionset. He’s on Facebook here.