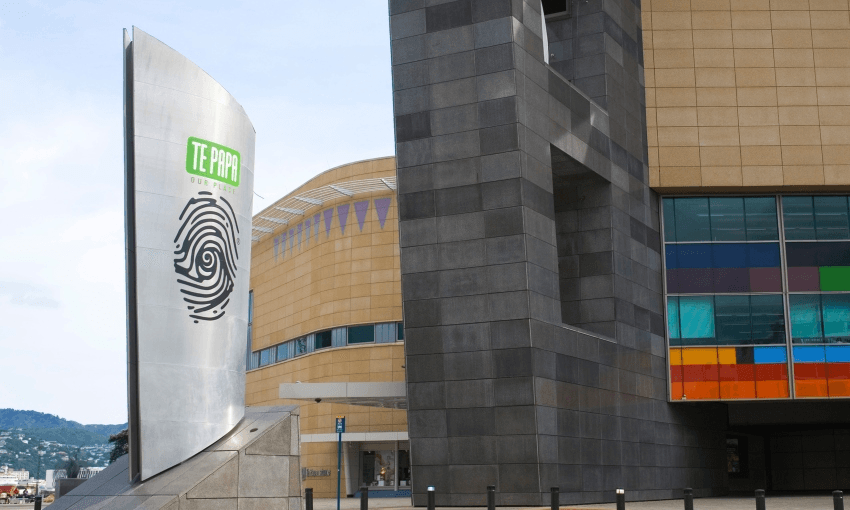 By Nic Rawlence and Trevor Worthy
Guest writer
Made possible by

Management decisions at Te Papa are putting at risk the very things that make a national museum worth having, Dr Nic Rawlence and Dr Trevor ‘Mr Moa’ Worthy argue.

Te Papa sees itself as a proud and reputable national museum. Within its walls is a unique resource that is used by scientists worldwide to answer the big questions about our enigmatic biodiversity and its place in the world. Museums are a cornerstone of taxonomic research, the science of naming things, which underpins knowledge of biodiversity and conservation work. However, Te Papa’s proud history is being disregarded by the third restructure in recent years, resulting in a roughly 50 percent cumulative reduction in collections staff numbers.

Te Papa’s CEO Geraint Martin, the board and senior management, including outgoing Board Chairman Evan Williams and Director of Collections and Research Dale Bailey, are the architects of these restructures. These senior people largely have no scientific background and seemingly little understanding that the museum has a key role in natural history research in New Zealand. Instead, they seem concerned only about feet through the door and balancing the books. As our national museum, Te Papa should not hold itself to the standards and staffing numbers of regional museums, and instead has a legislative responsibility to maintain and grow the national collections. Given current unfortunate global trends in the museum sector, reducing staff might be argued as “modernising”. However, this does not serve in the best interests of a museum’s varied obligations or make for good management.

Te Papa has recently endured some decidedly odd strategic directives by senior management. These have led to international concern for the well-being of the national collections and Te Papa’s underpinning role in natural history research in New Zealand. Examples include attempts to off-load collections onto other institutions; repeated reductions in staffing numbers under the non-sensical guise of “increasing productivity”; applying to government for $17 million to construct a new wet-storage facility when the current “world class” one could be upgraded for less than $2.5 million; and the refreshment of exhibitions while releasing key staff.

When confronted with negative media coverage, Geraint Martin threatened news editors with disciplinary action, and spokespeople pointed to incidences of good science conducted by their staff. Our point is that this output and potential is being greatly diminished with each successive restructure. Could it be that the output of high achievers in the museum threatens the achievements of lacklustre management? It is all the more remarkable that some quality research is still being done in this environment. But what is done now is far less, and far more limited in scope than, for example, in the 1990’s when most major animal and plant groups were represented by productive respected specialists.

Further, the Heads of Collection Services and Science, endorsed by upper management, in our view, are responsible for some staffing decisions that make no sense and for which no believable rationale has been given. They have just overseen the redundancies of two of Te Papa’s most highly respected and internationally recognised scientists; insultingly suggesting that they are not qualified for their previous positions or any of those established in the restructuring. Dr Bruce Marshall and Andrew Stewart, with over 80 years at Te Papa between them, are highly productive scientists in their respective fields of molluscs and fish, which have always been strengths at Te Papa.

With the majority of species still awaiting formal description; the ever increasing threat of new pests; the decline in native biodiversity; and the uncertain impacts of climate change, taxonomists are as vital now as ever before. New Zealand needs tenured experts in fish and molluscs. It is irresponsible of Te Papa, our ‘national museum’, to leave it to other institutions to pick up this slack.

For the first time since the Victorian era, New Zealand does not have a tenured marine mollusc expert. Further, Te Papa considers “fish have had their day” and so now leaves the collection without a curator or collections manager. Fish research at Te Papa has been largely funded externally through collaborations with the National Institute of Water and Atmospheric Research (NIWA), with overheads constituting a significant portion of the overall science budget. How NIWA will respond to this latest travesty remains to be seen.

The opposition to Te Papa’s restructure does not represent a “handful of critics” or disgruntled former employees, rather a large proportion of the displeased scientific community. One might ask, given Evan Williams, Dale Bailey, Gillian Andreae and Jenn Dalen (the latter a seaweed expert in her own right, who called the new managerial role leading the conservator and collection manager team “untenable” and “spread too thin”) are jumping ship, is this restructure really in the best interests of New Zealand?

If the mating of art and natural history cannot see respective collections adequately cared for, perhaps it’s time to rethink the nature of Te Papa. Our natural history institutions need to be led by people with some scientific understanding. Senior management are destroying Te Papa’s credibility as a national research institute, with the museum abrogating is statutory responsibilities to maintain and grow the collections. In the meantime, if this restructure is not about money, as Te Papa repeatedly claims, hiring more collections staff would be truly modernising and would show effective management. It is not too late to stop this madness and save some face.