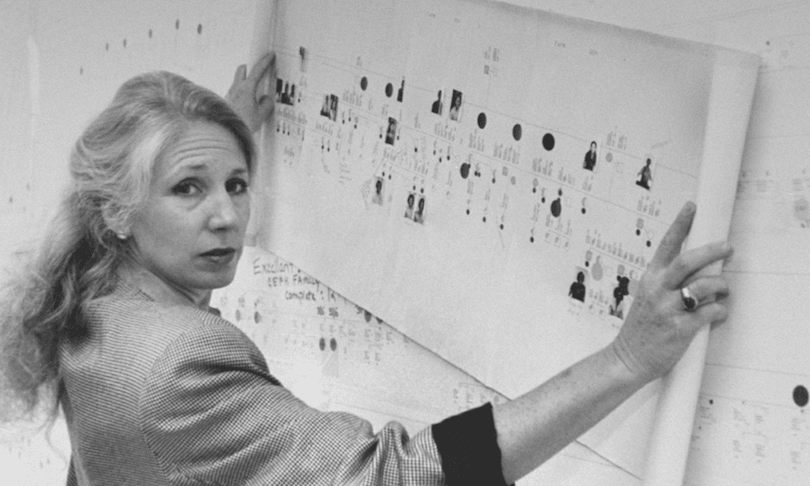 Huntington’s disease: a 50/50 game of chance

By Dorothy McLean
Guest writer
Made possible by

Today is International Rare Disease Day. Dorothy McLean talks to two women about the heartbreaking decision to take the test for Huntington’s Chorea, a deadly and debilitating hereditary disease with no known cure.

Leanne* never knew her biological father. The man simply never wanted a part in her life. Then, age 44, he killed himself. Leanne was 21.

Her stepfather, the man she called Dad, raised her from the age of two. To Leanne, he was her father in every way but one. Leanne met her aunts and uncles for the first time at her biological father’s funeral. After the service, her aunt pulled her aside. There was something Leanne needed to know about the family, she told her. Something that could affect her future health. Her mother, Leanne’s biological grandmother, had died of Huntington’s Chorea.

Huntington’s Chorea is genetic, and its inheritance patterns well understood. The child of an affected parent stands a 50% chance of meeting the same fate. Symptoms start in mid-adulthood, beginning with memory loss and irritability. Then, symptoms progress to uncontrollable body movements and depression. Sufferers lose their ability to swallow, eventually dying of malnutrition or suffocation. The disease takes 10 to 15 terrifying years to run its course.

Leanne’s aunt believed her brother may have had the disease, that he’d noticed early symptoms before taking his own life.

No cure existed, but there was a test. A test that could tell Leanne not only if she would meet the same fate as her grandmother, but also what age she would succumb. The test involved a simple blood draw. The blood was then analysed for the Huntington’s gene. In Huntington’s sufferers, this gene was mutated. This mutated gene resulted in a dysfunctional protein. The protein, named Huntingtin (after the disease) caused the symptoms to develop.

If Leanne had the gene, nothing could be done to prevent the disease. It would not matter whether she took multi-vitamins and did yoga, or smoked, drank and lived a high-stress life. Her fate was encoded in her genes, by a single ‘word’: CAG. This represents the base pairs within the DNA itself: Cytosine, Adenine, Guanine. Every human has the Huntington’s gene, and everyone has a number of CAG repeats within the gene. Most people have between 10 to 24 CAG repeats. Huntington’s sufferers have more than 36 repeats. The more repeats, the worse the disease, and the earlier it appears. Leanne’s DNA would be amplified, and the number of CAG repeats counted. But did she want to know?

When her mother died in 1978, American doctor Nancy Wexler asked herself the same question.

“When she sat, her spasmodic body movements would propel her chair along the floor until it reached a wall. Her head would bang repeatedly against the wall,” Nancy explains. “To keep her from hurting herself at night, her bed was padded with lamb’s wool.”

Nancy knew that she and her sister each stood a 50% chance of meeting the same end. But in 1978, molecular biology was still in its infancy. No test existed. The human genome had not yet been sequenced. Nancy would not know her fate until she developed the symptoms. But there had to be a way to know. Nancy vowed to search for the gene, find its sequence and develop a test.

She was advised to wait – finding the gene was like looking for a needle in a haystack. But Nancy didn’t have time to wait; she needed an answer before the disease robbed her of her ability to find it. And so began a journey that would take her to the jungles of Venezuela, mapping out the letters of fate encoded in the chromosomes of every cell in her body – and eventually lead to an answer.

The Venezuelan population she studied had a very high incidence of Huntington’s disease. Nancy was able to track their genealogy to a common ancestor, the somewhat appropriately named Maria Conception. Nancy drew blood from over 4000 subjects. She sent these samples to her colleague, James Guesella, who analysed the DNA for restriction fragment polymorphisms: short pieces of DNA that showed variation within a population.

By 1986, Nancy and her colleagues were able to locate the gene to the short arm of chromosome 4.

Over the years, researchers began to understand the pathology. In Huntington’s sufferers, the mutated version of the protein Huntingtin is longer. The C-A-G codon in DNA codes for an amino acid, glutamine. This glutamine-rich protein is prone to forming tangles. Eventually, buildup of Huntingtin forms plaques within the brains of sufferers, killing neurons within the motor cortex and causing the symptoms. The more C-A-G repeats within the gene, the longer the glutamine chain within the protein, and the earlier the symptoms begin.

And yet, not a single case of Huntington’s has been cured.

One day, a Venezuelan woman in her late twenties entered the doctor’s hut for psychometric testing. Her grandmother had died of Huntington’s disease. Although she seemed healthy, Nancy and her colleagues saw small signs of the disease. These signs could be picked up years before the victim themselves noticed symptoms. After the test, the woman asked the doctors if she had the disease.

The doctors turned the question back on her. What did she think? The woman told them she thought she was free of it. Nancy and her colleagues said nothing, stating a need for more tests before a diagnosis was made. The woman left happy.

After she left, the woman’s friend came running into the hut. What had they told her? She asked. Nancy repeated what she had said to the woman. “Oh, thank God,” the friend exclaimed. She explained that the woman had planned to take her own life if the test was positive.

The woman would have another five years of happy ignorance before the symptoms took over. Years later, the conversation would stir in Nancy’s mind. The woman had the disease, and nothing would change that. Surely the information was hers to do what she wanted with, and if she planned to take her own life, that was her choice to make. Nancy wondered if she had done the right thing.

By 1993, a test was developed. Nancy’s 15 year mission had been accomplished. She was 48. Nancy found herself faced with a hard decision: given nothing could be done, did she really want to know her fate?

Nancy, now 71, is older than her mother was at the age of her death. Neither she nor her sister has taken the test.

For Leanne, the decision was clear.

“I couldn’t live with it,” she told me. “I couldn’t continue to exist with that loaded gun pressed against my head.” She had to know.

In 1997, Leanne became one of the first New Zealanders to take the test. Six months after her birth father’s funeral, Leanne found herself sitting in a phlebotomist’s office. Her blood was drawn and sent to a genetics lab, where her chromosomes were isolated from the sample. She’d inherited two copies of chromosome four, one from each parent. Both were amplified using PCR, and then sequenced. The number of CAG repeats within the gene region was counted.

She holds the yellowing genetics report in her hand. Her CAG counts had come to 15 and 24. Later, she would watch her aunt die. But Leanne was free of the disease. She would never develop Huntington’s.