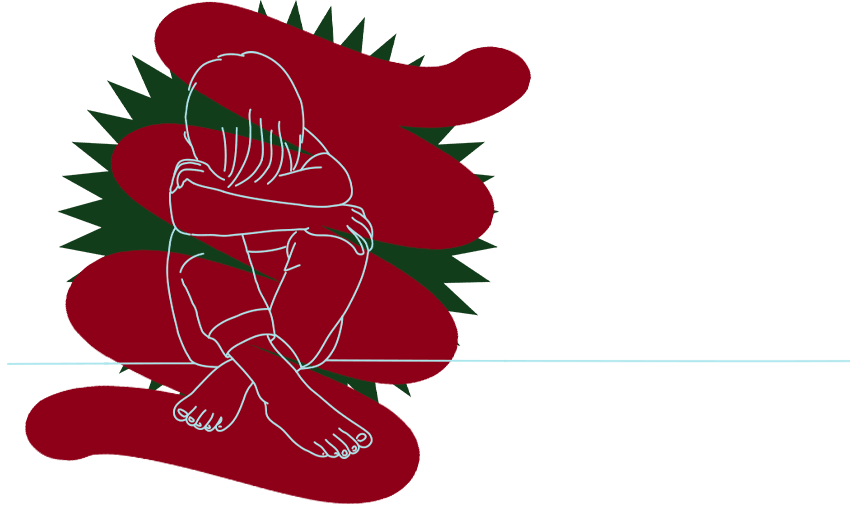 People living with OCD say the government needs to do more to provide the specialist psychological help that can benefit the lives of many affected by the disorder. Shannon Harrison reports.

Josie* was at a loss as to exactly why her seven-year-old son Luke would scream for hours on end. Luke had no explanation for it either.

Josie didn’t think Luke was intentionally badly behaved. She suspected something was wrong and he could be helped, but “what”, “when” and “how” were questions she could not answer herself.

“People just thought he was being naughty and not listening, when actually it [screaming] was a compulsion that he had to do. It was so distressing.”

She persisted and jumped through hoops to get support through the public health system.

Eventually she got answers from a clinical psychologist. It was obsessive compulsive disorder (OCD) robbing her son of a peaceful childhood.

Josie is one of the many who have signed a petition calling for easier and more widespread access to specific wellbeing schemes for OCD support.

The petition, already at 1,000 signatures and growing, calls for an increase in specialist training in OCD treatment at all levels of mental health care. It is intended to be presented to parliament in the near future.

Over 50,000 New Zealanders and their families struggle with OCD, but due to the often internalised and varied nature of the disorder, it remains largely unseen.

Fixate, an Aotearoa-based online support group, encourages open dialogue and facilitates advocacy for people living with OCD, their family members and parents. The shared experiences of group members trying to access suitable treatment in the public mental health system prompted the creation of the petition.

Marion Maw, one of the group members who shared her experience, says early recognition and appropriate therapy are integral to managing OCD, but the current system is not fit to perform this role.

“You know how the Covid vaccination campaigns needed different approaches for different communities? Well, the solutions being provided for mild to moderate mental distress are like that. They don’t meet the needs of the OCD community.”

Maw says OCD is a complex condition, and standardised cookie-cutter treatments and therapies are not always effective in managing the disorder.

Exposure and response prevention therapy (ERP) is the gold standard for effectively treating individuals with OCD, she says.

A typical ERP session, guided by a trained mental health provider, involves a person “exposing” themselves to the situation (or trigger) that brings about the unwanted intrusive thoughts. The person is prompted to sit with the anxiety and not engage with the thoughts by way of safety behaviours (compulsions).

These safety behaviours vary greatly and can be internal (thought auditing to ensure the person has not done anything “wrong”, repeating mantras mentally, counting), external (excessive hand washing, tapping, sniffing oneself, body checking, and performing tasks in a stringent fashion every time or multiple times), or a combination of these. This list is in no way exhaustive.

It’s thought that exposure to anxiety over time, and the subsequent resistance of compulsions, allows people to alter their uncertainty and discomfort around unwanted thoughts or obsessions. A person’s level of anxiety is believed to decrease, and sometimes become nil, after extended exposure to the situations.

ERP can be practised by a person outside of controlled therapy environments once they have learnt the tools to do so. This therapy often works in tandem with SSRI medication to reduce the frequency and intensity of anxiety brought on by unwanted intrusive thoughts.

“ERP isn’t some new trendy treatment. Internationally it is well-established as best practice treatment with a strong evidence base,” says Maw. But sufferers are often stuck in a “revolving door of ineffectual health care”.

While ERP has a high success rate, the scarcity of clinical psychologists and other mental health providers trained in the therapy means not all of those who seek treatment are able to engage in it.

Additionally, the well-documented national shortage of psychologists has meant access to any treatment, let alone specialised therapies, is “a genuine lottery”, according to Maw.

These issues are further exacerbated for Māori who face significant barriers to healthcare at all levels.

The pathways to ERP and general psychological treatment are not linear and can depend on how an initial consultation with a primary care physician plays out.

Kane*, from Hawke’s Bay, struggled to have his condition recognised as OCD when he first raised concerns with his GP, and says he ended up having to teach the doctor about it. This left him feeling apprehensive about his chance of receiving appropriate treatment like ERP, or any treatment at all.

The lack of knowledge around the disorder and subsequent lack of specialised services can leave people believing there’s no other option; that life will always be like this.

“When there is a limited understanding of the disorder then the referral isn’t going to be worded in a way that will actually get the help that’s needed,” says Kane.

GPs are gatekeepers to further care, and if they are not familiar with the best route of treatment, then people end up slipping through the cracks, he adds.

“It took around half a year for me to access help and would have taken much longer if I had not gone down the private route… It could have been a lot less stressful if the GP had known more about the disorder rather than just its stereotypes.”

Josie and Luke are no strangers to the pitfalls of the system, primarily the Child Adolescent Mental Health Services (CAMHS).

An initial paediatrician prompted Josie to not “sugarcoat anything” when Te Haika (the crisis team) called. She was encouraged to detail her son’s worst days to bolster their chances of receiving therapy.

They are some of the “lucky ones” who managed to access effective treatment, she says.

In the midst of the 2020 national lockdown they were paired with a psychologist experienced in ERP and who had previously worked with children.

“It is important to note the difference ERP has made not just for our son, but for the family,” says Josie. “Had this gone untreated, the effect on family relations would have been devastating.”

Josie says the therapy was initially difficult due to the age of her son. “Children don’t understand the concepts – intrusive thoughts are hard to define when you don’t know what a thought is.”

Luke, now eight, did know he was feeling better than before he started therapy.

“I always wanted to say goodbye, and if I didn’t I’d be screaming and crying,” he says. “My nose started to bleed, I got a headache, I lost my voice and I was coughing a lot.

“I had to do stuff a certain way and if I didn’t I’d get really frustrated and mad. When I went to therapy, a few weeks later, I felt better…and it’s really rare that I do it [compulsions] now.

Josie knew the support provided by CAMHS would not be long term.

“When we finished the sessions I kind of knew that we’d be coming back, it didn’t quite feel resolved.

“If you need to come back again, within three months, you don’t need another referral, but if it’s longer than three months you need to go through your GP again and go to the back of the queue and be triaged.”

Maw hopes the petition can reach an audience beyond the direct OCD community. “I want it to raise other people’s awareness that our needs exist.”

The petition can be signed at actionstation.org.nz

*Some names have been changed to respect the privacy of those who have contributed and their families.

Where to find help

OCD NZ – resources and help for those affected by OCD