For New Zealand parents, the end of January tends to mark the end of one nightmare – the seemingly endless summer school holidays – and the beginning of another: new uniform-stationery-and-shoes season.

The vast majority of New Zealand’s intermediate and high schools require a uniform. This uniform is usually only available from a single specialist retailer and for many parents it will be among the most expensive basic clothing items they will purchase for their little darlings.

But just how expensive? Even at lower decile public schools, the bill can stretch well into the hundreds. I put a call out on Twitter and got numbers back ranging from around $250 to around $1,000. And that’s not including the inevitable winter uniform which many parents were putting off purchasing.

Often it comes down to trying to figure out what are the very fewest uniform items your kids can get away with. Can little Jimmy wear the same shorts all week? Will two shirts be OK? Is a single PE kit going to be enough – will there be time to wash it before the next PE class?

And then there’s the disparity between the sexes. At Dunedin’s Balmacewen Intermediate, for example, boys can get away with $59 shorts (still expensive for a basic pair of shorts) while girls are required to buy a $215(!) kilt, with all kids also required to buy the $96 unisex red jersey. Buying only the compulsory uniform items in the quantities recommended by the school, the total for girls is $526.50, while boys will cost $443. 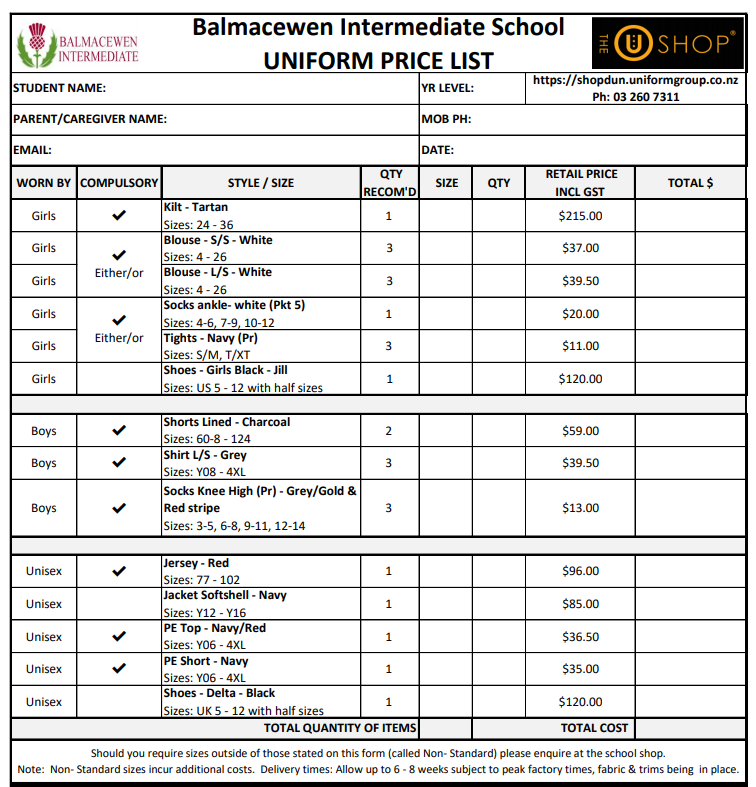 Across the board, school uniform prices seem often unreasonably high and, aside from shorts typically being made of what could pass for upholstery fabric, nothing appears to be of especially high quality. Boys at Henderson High School will pay $42.90 for a plain white short-sleeve shirt from uniform supplier Lenco; a similar shirt could be had from many mall retailers for around half the price. Meanwhile Argyle Schoolwear will sell the girls of Tawa College a simple tartan knee-length skirt for $99 which, if tartan was “in”, shouldn’t be hard to find for under $70.

I browsed the websites of various retailers, for dozens of schools. It was the same story over and over again. Plain shirt? $45. Black shorts? $50. Three-pack of ankle socks? $20. Single pair of those dreaded pull-them-high school socks? $15. Bucket hat? $18. 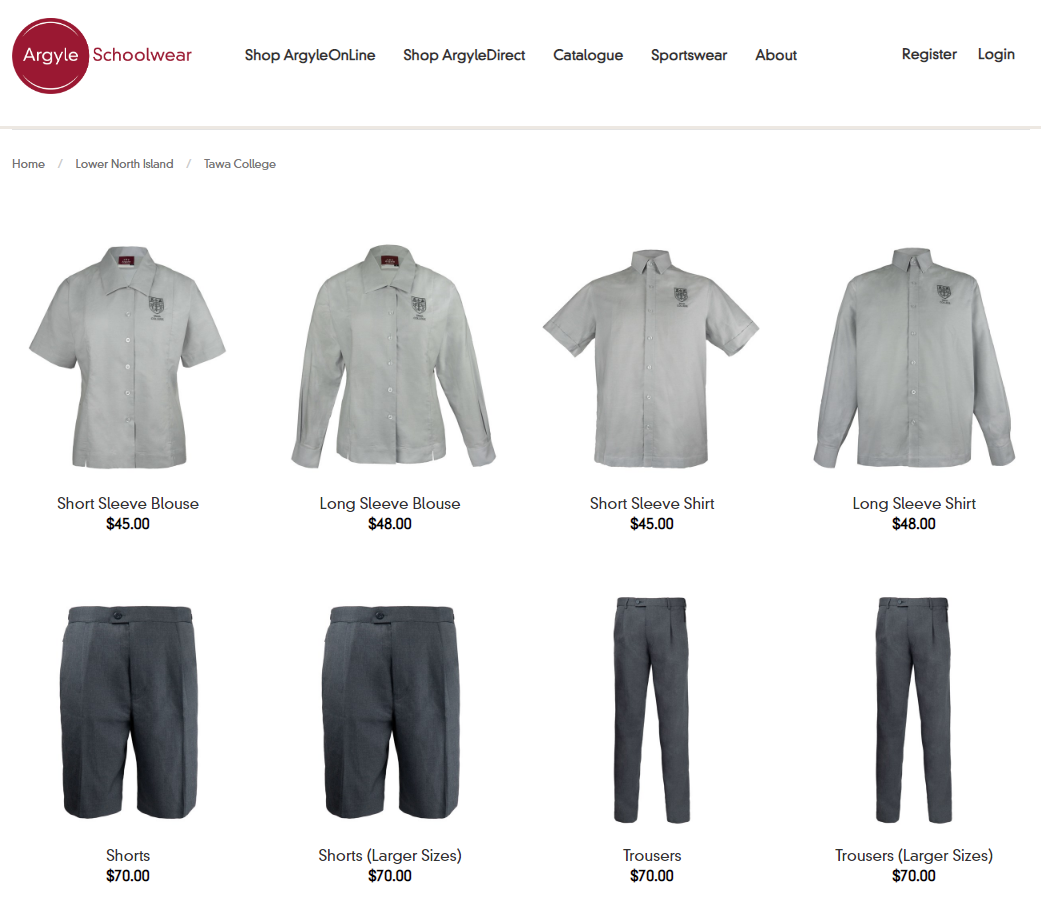 Why are uniforms so expensive? And, perhaps more importantly, why are uniforms? Can we just not have them? The majority of primary schools in New Zealand don’t require uniforms, so is there something special about 11-year-olds that means they suddenly all need to look the same in order to continue learning?

This is not a remotely new debate – only last year it came up again in a Stuff article. The arguments are always the same: those in favour say it “promotes school spirit” and “creates a level playing field” and “makes things simpler for students”, while those opposed mostly say “it’s expensive and stupid”.

One of the more unusual arguments in favour of uniforms is that they save money actually! It comes up a lot when schools are confronted about the cost of uniforms. “Oh, but they will last for many years,” they say. And, “parents don’t have to buy as much regular clothing”.

This is nonsensical. Kids still wear other clothes! They’re only at school about 200 days a year, and they CHANGE CLOTHES WHEN THEY GET HOME FROM SCHOOL ANYWAY! So as a parent you’ll find that at the end of the school week you’re washing the uniform, and the fresh change of clothes your kid put on when they got home every day. You’re buying the same amount of clothing, and the ugly $50 shorts.

As for lasting for many years – that may be true in an absolute sense, but kids have a horrible habit of growing, especially between, say, the ages of 11 and 18. Often you’ll be lucky if they can even fit a given uniform item for a whole year. Many school uniform items are also inexplicably entirely non-adjustable, making them totally unforgiving of growth.

If. by some miracle, they don’t grow out of their $215 kilt, you’ll run into the next challenge for the they-last-for-years argument – now they need a whole new uniform! Intermediate school is just two years, and then that $500 uniform? No use anymore, because their high school has AN ENTIRELY DIFFERENT UNIFORM! And if that wasn’t bad enough, many high schools have different uniforms for their junior and senior cohorts. What’s that, been at school two years already? Time to buy a whole new uniform for the next two to three years!

So is there something else at play? Has the Uniform Industrial Complex got some hold over the schools? I got a copy of the contract between one intermediate school and their uniform supplier, and let’s be honest, I was expecting to find some dramatic kickback scheme. But, no. In fact the school gets surprisingly little for granting the company the monopoly rights to sell overpriced clothing items to hundreds of kids.

For a five-year contract the school gets $5,000 in store credit, and 5% back from purchases in more store credit. Basically, money they can use to buy team uniforms and so forth. But there was something in the contract that really surprised me – a massive termination cost.

So once the school is in, there’s no getting out.

After looking at dozens of online school uniform shops with my calculator out and watching the numbers add up to hundreds and hundreds of dollars, ultimately I keep landing on the same question: Why is it all so damn expensive?

I don’t really understand why schools are forcing parents to shell out hundreds of dollars for generic clothing when we can buy the same things at any local mall for less than half the price. In fact, legendary New Zealand clothing-retailer-that-refuses-to-die, Postie, sells generic school uniform clothing, an option popular with some primary schools. White shirt? $7. Simple shorts? $7.  Colourful polo shirt? $5. Pair of socks? $2. Bucket Hat? $7.

If the goal really is simply to make the clothing simple and consistent, schools could definitely do it without forcing parents to rearrange the household budget.

And all this is before we even consider the costs of modern schooling. A Chromebook costs how much?