Jihee Junn talks to the writer/director of a new play about the earliest Chinese New Zealanders – and the families they left behind.

The first time Talia Pua learnt about the Chinese poll tax was as a teenager researching for a high school drama assessment. While the rest of her classmates chose famous theatre practitioners to play for their projects, Pua decided to take a slightly different route, using the opportunity to explore her interest in the history of Chinese people in New Zealand instead. Her research eventually led her to 1881, when the Chinese Immigrants Act  – a racist law designed to tax and restrict migration from China – was passed.

Shocked but intrigued, Pua eventually went on to create a monologue on the topic for her assessment – a “very Brechtian” script with “no story, just a lot of ideas and critiques”. But long after leaving high school, these ideas and critiques stayed with her, until in 2019 she finally decided to take that high school drama assessment and develop it into Pork and Poll Taxes – Pua’s debut play premiering in Auckland later this month.

Set in the 1890s, Pork and Poll Taxes follows a Chinese family across both Aotearoa and China, with the men looking for gold in the former (referred to as San Gam Saan 新⾦山, or “New Gold Mountain”) and the women staying behind in the latter. While the story and characters are fictionalised, the historical setting in which the play takes place is very much rooted in reality, bringing to light a period of history often forgotten from New Zealand’s chequered past. The cast of Pork and Poll Taxes (Photo: Supplied)

In the late 19th century, south China was a region riddled with overpopulation, overworked land, peasant revolts, famine and natural disasters. As a result, thousands of able-bodied men sought to make their fortunes in the gold rush overseas, and in New Zealand, migrant workers were brought over from China by the government to work in Otago’s goldfields. But as employment in the mines started to dwindle, anti-Chinese prejudice began to flourish in its place.

In 1881, this sentiment became official with  a “poll tax” of £10 (equivalent to around $1,770 today) imposed on all Chinese migrants under the Chinese Immigrants Act. This act also restricted the number of migrants allowed to land from each ship arriving in New Zealand, stipulating one Chinese passenger would be allowed for every 10 tons of cargo. Five years later, this was  bumped up to one passenger for every 200 tons, and the tax was increased to £100 ($20,000). 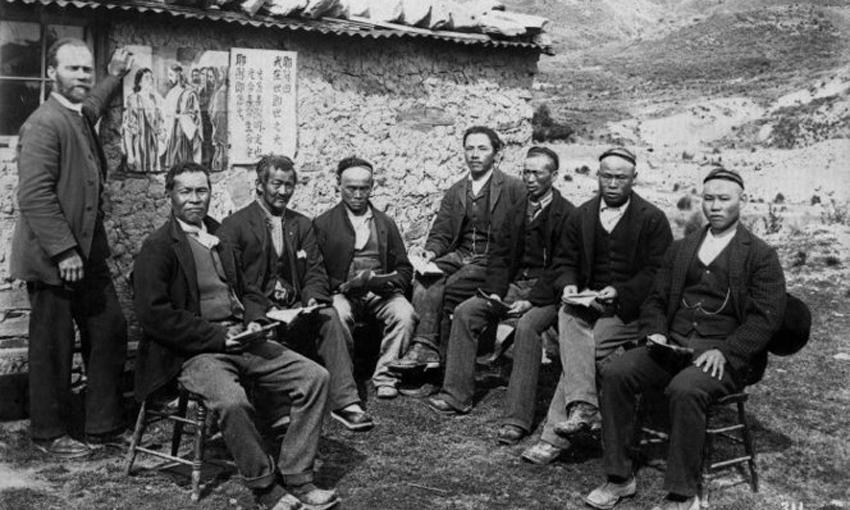 “When I first learnt about the poll tax, I was just like: ‘What? This is messed up.’ I was shocked at my ignorance, but also the general ignorance [people had] around it because no one seemed to know about it,” says Pua, a Chinese-New Zealander herself.

“I think it’s really left out of our education system. We focus a lot on our bicultural heritage, which is really important, but New Zealand has been multicultural for almost just as long and we don’t talk about it. I feel like Chinese and other Asian immigrants still feel very ‘othered’ in this country which is weird because we’ve been here for yonks” (at least one Chinese person is recorded as having settled in New Zealand in the 1840s).

But for Chinese migrants arriving in New Zealand during the poll tax era, legal discrimination wasn’t the only obstacle they were faced with – migrants were also met with hostility from New Zealand’s Pākehā population, giving rise to organisations such as the Anti-Chinese Association and the White New Zealand League. Because while it was the government that invited Chinese workers over, with backing from landowners and gentry looking for cheap labour, many working class New Zealanders opposed the sudden foreign influx, fearing it would lower working standards, increase competition for jobs and even bring in specific diseases (sound familiar?). 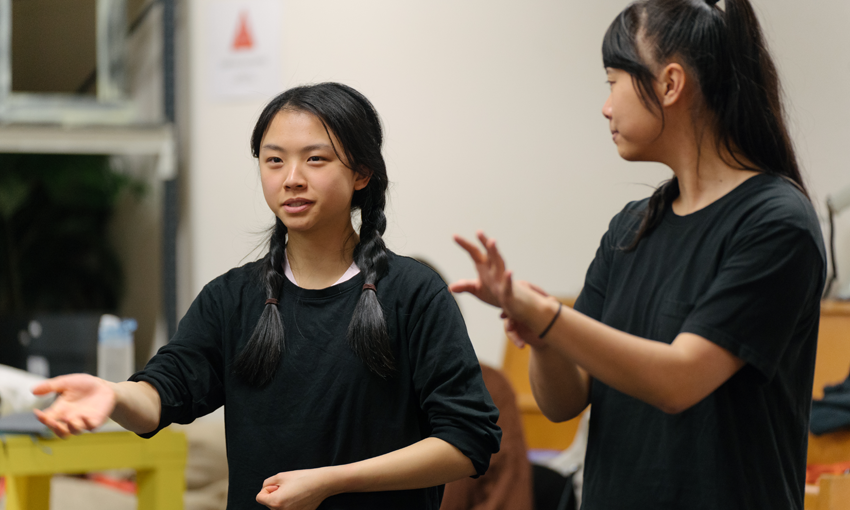 Pork and Poll Taxes touches on many of these issues, exploring themes such as sacrifice, belonging and what it means to be a family, which Pua says she based on two Chinese proverbs: “One says that ‘we grow roots where we land’, which speaks to the Chinese diaspora and this idea that you can build a new life and home somewhere else. And the contrasting proverb is ‘fallen leaves always return home to their roots’, which touches on this idea that you always go back to where you’re from.”

That tension, between the ability to build a new home and the enduring pull of the old, ultimately serves as one of the central pillars to the story. And unlike many previous works on the poll tax era, Pua says she made a conscious effort to spotlight these tensions not just through the men who moved to New Zealand, but also through the mothers, daughters and wives in China they left behind.

“With previous stories that have been told about the poll tax, it’s been very one-sided, focusing on the male perspective and experience since they were the ones that came here first,” she says. “But I know what really hooked me in from the start was just the sacrifice made by the whole family. So Pork and Poll Taxes adds to existing stories by telling more of the female side of history … It highlights the family unit.” 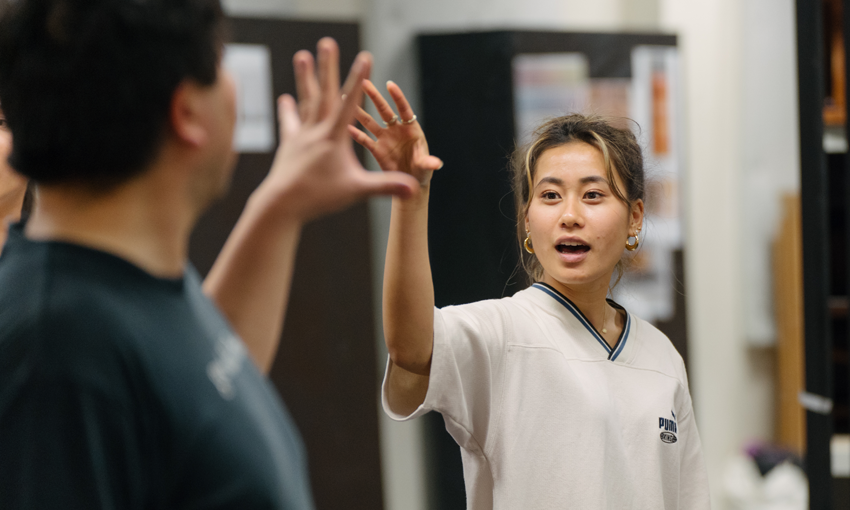 Another conscious decision Pua made for Pork and Poll Taxes was to showcase the play with an all-Asian cast. She says the experience has been exciting but also a challenge, particularly as the play features a handful of Pākehā characters but portrayed by Chinese actors.

“It was really important that the whole cast be Chinese because the story is told from the Chinese perspective … They’re retelling the story to us so of course they would act out all the characters and all the people they encountered, which includes Pākehā people,” she says. “So because there are three or four Pākehā characters, the challenge has been ‘how do we portray Pākehā characters without being offensive?’”

While the poll tax era ended almost 80 years ago followed by an official government apology back in 2002, recent events have shown that racism remains alive and well with anti-Asian sentiment exploding over the past year, particularly against those of Chinese descent. And it’s not just in countries like the US either: at the beginning of 2020, the Human Rights Commission said it received more than 100 inquiries citing verbal abuse, racial harassment and discrimination towards those of the Asian and Chinese community here in Aotearoa.

“I really do hope people see parallels from the past with today,” says Pua. “[I want to] get them thinking if much has changed. Is it that different now? How can we treat migrants better today? Because even though this story is specific to the Chinese, there’s a specificity that’s universal to all migrants that come to New Zealand.

“I hope other migrant groups can come and see that their experience is validated and feel empowered to say ‘yes I do have a right to stay here’. Because in a way, the play questions whether migration is worth it and I hope people are saying ‘yes! of course it is!’ Because then we can talk about what we can do about it to make it better for these people.”