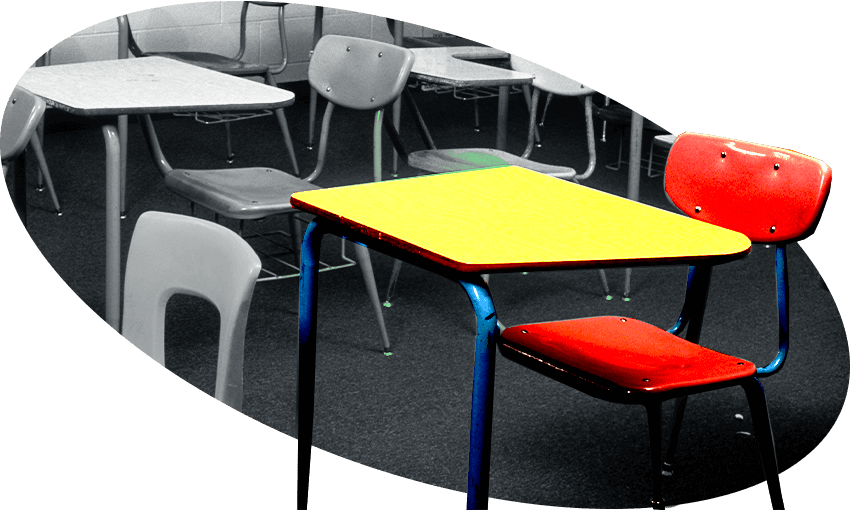 Schools are under immense pressure at the moment and that has flow-on affects for student teachers. (Image: Tina Tiller)

Schools are under immense pressure at the moment and that has flow-on affects for student teachers. (Image: Tina Tiller)

The situation in classrooms is tumultuous, but what does that mean for those about to join the profession?

School staffing shortages have been making headlines in recent months, with pandemic pressures and winter illness putting additional pressure on schools. Calls for mask mandates in classrooms and a focus on our dwindling reliever pool have garnered much of the attention. The solution, it would seem, is to train more teachers.

Teacher graduate numbers have actually risen over the last two years after a decade of decline. But the experience of current student teachers suggests the system may be putting them off a teaching career before they even land their first permanent position.

Abby* is an Auckland-based student teacher in her 30s. She’s studying the year-long graduate diploma of teaching at the University of Auckland which will see her entering the high-school teaching workforce next year, and hopefully help to ease the staffing shortage. But the rising cost of living, a lack of financial and practical support and a stretched teaching workforce are making her first experiences in the classroom particularly challenging. “We all started off incredibly idealistic,” she says “[but] there’s so many of us this year who have been really disenchanted by the entire thing.”

A substantial part of that struggle is financial. “I’m privileged because I have iwi support and family support,” says Abby, “but even I’m struggling.” Abby lives off around $400 each week. That’s made up by the $$242.53 maximum student loan living costs (which need to be paid back), the five or six hours she works in the evenings and slivers of an iwi grant from earlier in the year. Of that, $270 goes to rent at the flat she shares with two flatmates, and her weekly petrol cost hovers around $60. When things get really tight financially, her parents can “every now and then spot me a bit of money”, but “I’m really good at budgeting,” she says. Despite that, she says, “I’m fast running out of savings that I use to bolster my weekly income for food and other expenses”.

At the start of the year, Abby remembers a lecturer saying half the people in the course wouldn’t make it to the end. Already expecting the year would be hard work, she said to herself, “I hope it’s not me”. But alongside the pressure of relentless course work, the stress surrounding her latest placement left Abby seriously considering dropping out of the diploma. “I was saying I don’t know if I have it in me to stick with it and I don’t know if I can afford to do it. I don’t know if I’m emotionally able to, I was just so tired,” she says.

In addition to taking courses on campus and online, student teachers spend part of their studies working in schools. Known as “practicum”, this period of around two months are spent working alongside a registered teacher in classrooms. During practicum, students take over increasingly large parts of the teacher role, until they’re able to teach and plan alone for several weeks. Essentially, practicums give practical experience to the role of teacher while still being guided and supervised. They’re seen as a vital part of learning to be an educator.

The in-school practicums start with an eight-week block at one school and then at another school later in the course for seven more weeks. During these periods, student teachers are at school from 8am to 4pm, five days a week. “It’s like a full time job without pay,” says Abby. In fact, given the student fees, it’s a full time job where you’re actually paying to be there.

While Abby agrees that practicum is a vital part of teacher education, she thinks there’s a lack of recognition for how those hourly demands limit other paid work necessary to supplement income, as well as the ability to make appointments, such as for doctors or to renew drivers licenses.

Abby’s latest placement has made things even harder. Students are supposed to be placed in practicum schools near where they live. But the school where Abby is currently working is nearly 30km from her flat. It means her $60 weekly petrol spend has been bumped up to around $100, cutting her food budget down by more than half. Supermarket vouchers from the university are the only thing covering the gap.

Although Abby made a request to shift to a school closer to home after being given just over a week’s notice of her placement location, the university wasn’t able to find an alternative. And she says it’s a problem shared across her cohort. “The fact they dropped on us that we’re going to be in completely different areas, has thrown a lot of people. Everyone has been scrambling to try and finance the cost of petrol,” she says.

The problem is that fewer schools are signing up to take on practicum students so there are fewer options overall. Abby explains that the options are constrained by the staff shortages in schools driven by Covid-19. Taking on practicum students isn’t a solution to staffing shortages for schools, rather the mentoring requirements places additional pressure on already limited staff capacity. For some schools it is an added responsibility that they just can’t take on right now. That situation coincides with Abby’s experience of finding that those teachers supervising practicums have very little time to spare for training.

School teachers are an essential part of our workforce and society so learning to be an educator shouldn’t be a walk in the park, explains Abby. But she believes that in the pathway to becoming one, pressure should come from the learning rather than simply inadequate support. The tangle of obstacles to make it through the course has left Abby doubting the reasons she made the decision to become a teacher in the first place, and she wonders how accessible the degree is to people who don’t have additional financial support. “It’s an unpaid internship so only a certain subsection of society can actually afford to do it,” which, she says means, “the pool of incoming teachers is less diverse.”

Weighing on her future aspirations is a feeling of worry. It’s the worry that her experiences throughout the course are just a taste of what’s to come later as a fully-fledged teacher.