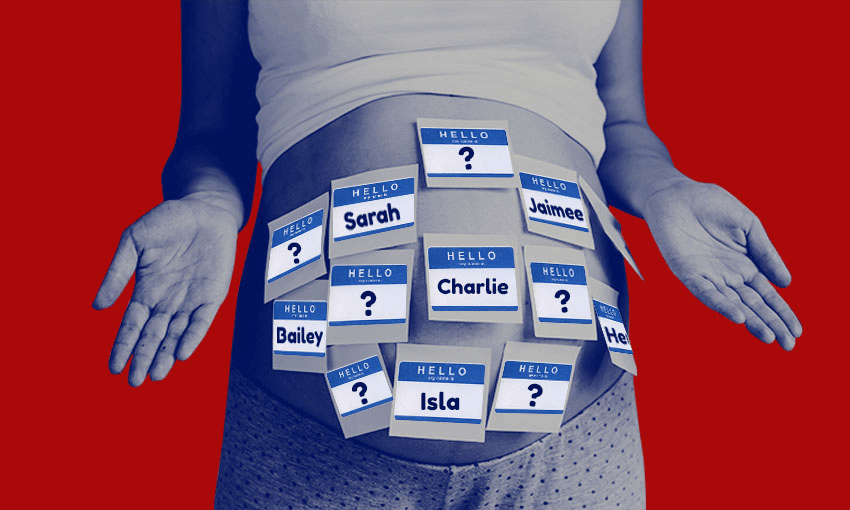 What happened to David and Susan? The evolution of baby names in Aotearoa

Over the past 60 years, the pool of monikers New Zealanders dip into to name their offspring has widened substantially. Emma Vitz looks at some key trends.

In a world of constantly updating Covid charts, case numbers and statistics, sometimes you need a break. A distraction. A data-driven palate cleanser, if you will. Where did I turn to get this much needed moment of light-hearted data analysis? To a perennial favourite dataset – the 100 most common baby names in New Zealand over time. Here’s what I found.

The nature of unisex names in New Zealand has changed. In the 1960s and 70s, these were names that were mostly given to girls – think Kim and Kelly. By the 2000s, this was dominated by names like Riley and Bailey, which were most popular for baby boys.

One likely reason for this shift is that parents have been searching for more unique names for their offspring, perhaps due to bad memories of always being referred to as John [last name] at school. And boys, with their history of very homogenous names, seem to be the ones seeing the most change.

In 1961, a whopping 89% of all baby boys born in New Zealand were given one of the 100 most popular names. That was a time when naming your child Arthur (number 97) would have been a bold move. The homogeneity of boys’ names peaked in 1963, when 5.1% of newborn baby boys were called David.

Now, 34% of baby boys have a name that is featured on the top 100 baby names list, and only 1.1% of newborn baby boys were given the most popular boys name of Oliver in 2020.

Girls have always had slightly more variation in their names. In the 1950s, when Susan and Karen were battling it out for the most popular baby girl's name, the percentage of baby Susans and Karens hovered around 3%. By 2020, the top spot was taken by Isla, but less than 1% of baby girls were given this name.

There has also only been one girl's name that has been featured in the top 100 list in every year since records began. That name is Elizabeth. For boys, there are eight; Michael, John, David, William, James, Thomas, George and Joseph have all stood the test of time.

This data only includes babies born in New Zealand, so it doesn’t necessarily reflect the names of people living in New Zealand who were born elsewhere. This is likely another reason we’re seeing a greater diversity in naming conventions emerge over time – people emigrating to New Zealand and bringing a greater variety of naming traditions with them for their babies born here.

Using this data on the most common names in New Zealand and the median parental age at first birth, we can also construct the most likely families in New Zealand. If you had a baby in 2018, your names were probably Sarah and Daniel, and your baby was likely called Charlotte or Oliver.

Sarah, in turn, was most likely to have been born in 1989, to a mother named Susan and a father named Peter.

Again, the nature of the data – the most popular baby names for those born here – paints a pretty eurocentric view of New Zealand, and the family configurations I’ve described above don’t capture the less nuclear makeup of many families. However, it’s still a bit of fun to see how these trends have changed over time, and feel smug that my own parents were ahead of the curve in calling me Emma.