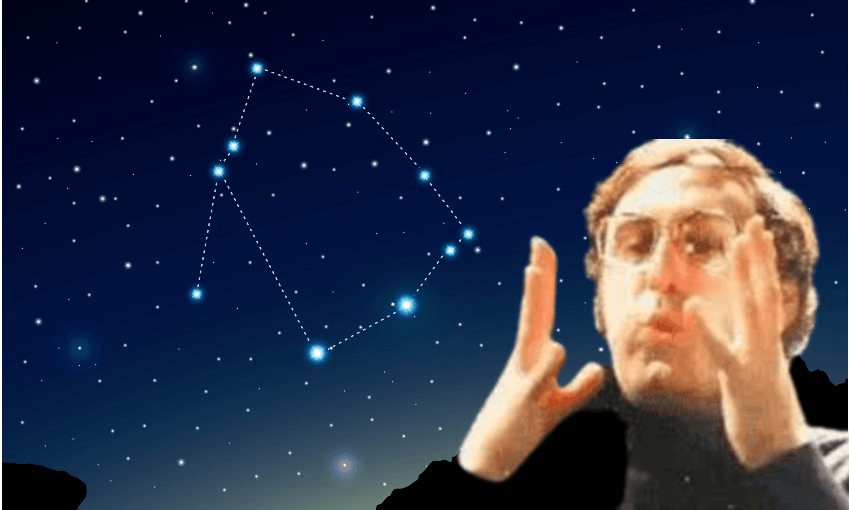 I’m the 13th star sign, Ophiuchus. And I’m ready to live this life

After discovering he’s been living a Sagittarian lie, Eli Matthewson learns to embrace life under his strange new sign.

Sagittarius season and for me, a once proud Sagi, it started badly. I was pointed to the direction of an announcement from Nasa – yes, that Nasa – which described how incremental changes in the Earth’s axis had shift the dates of the Zodiac, and revealed a 13th star sign that ancient Babylonians ignored as they wanted a non-baker’s dozen to match their existing months. It’s a story that seems to recirculate every few years and, I guess because we don’t have enough to freak out about right now, it’s back for another spin in 2020.

In an update so terrible it rivals Instagram adding the “shop” tab, those born between November 29 and the December 17 now belong to this strange new sign, with the dates of the other 12 signs pushed around to make the newbie fit. Like when Sailor Venus joined the Sailor Moon team, no one was prepared for this addition. It’s a shocking and frightening change, with the one positive being that Scorpios have been almost entirely pushed out – they are now only those born within a short seven-day stretch. As I understand it, this means a lot of those annoying Scorpios you know will instantly become more palatable people as soon as you inform them they are now Ophiuchus.

For mopey Scorpios, a new sign to identify with might be welcome, but not so for a happy Sagittarius. I’ve always known my privilege – it’s unmistakably one of the best signs. A centaur holding a bow and arrow is obviously better than, for instance, a set of scales or a crab. Even though my own understanding of the Zodiac is more basic than a Gemini (I had to Google “most basic star sign” to make this joke), the impression I’ve always gotten is that Sagittarians are fun, lucky and essentially the best of the lot. I wasn’t sure I was ready to lose that, until I had a delightful realisation.

So many times I’ve been stuck at parties in conversations about star signs, matches and horoscopes, unable to contribute after never researching the subject due to a core belief that the whole thing is bullshit. But now, armed with the power of the 13th sign, I was ready to do the impossible: be even more annoying than the person who first brought up star signs. It’s time for me to demand to be included in their personality assessments, and to show off my fresh Zodiac energy like I’m the first person in the office to get an iPhone 12. Perhaps party conversations could be just the start, before I progress to demanding the NZ Herald include Ophiuchus (pronounced Oh-few-kuss by the way) in their daily horoscopes. The potential for me to gather attention from my Ophiuchity (I’m so at home in my new sign now that I’m making up words) is limitless. It’s a joy only me and my fellow Ophiuchans Taylor Swift, Britney Spears, Jay-Z and Bette Midler can truly know.

With ‘This Is Me’ from The Greatest Showman blasting through my speakers, I sat at my computer ready to finally learn, at 31 years old, what my personality was. Ophiuchus is the snake-handler (instantly I’m on board), and those belonging to the sign are know for their flamboyant sense of style, their desire to seek knowledge and wisdom and their feelings of intense jealousy. Unlike the original 12, Ophiuchus is the only sign not associated with any element. They’re not fire, air, water or Earth, they’re kind of just floating around next to the other ones without a clear job, like Karamo on Queer Eye. It was all incredible information to learn, but just as I was about to buy tie-dye culottes, sign up for a PhD and stare angrily at people hotter than me on Instagram, I discovered another terrible twist to this tale – easily the most twisted story to include the word Zodiac.

As it turns out, the Babylonians ignoring Ophiuchus was just one of many of the ways constellations were configured to fit into 12 signs. The constellations are various sizes – the sun moves through some far quicker than others, so they were evened out to give each equal power. To look too far into it might force you to admit that astrology, which is largely tied to an idea that the Earth is flat and the sun is moving above it through constellations, might actually not be real science.

It’s enough to make you consider the possibility that the person who used to write the horoscopes for Dolly magazine might not have been an actual astrologist, but just a writer with a few spare hours. Flabbergasted, I closed my laptop. My Ophiuchan desire for knowledge had led me down a path that made me forget my Sagittarian desire for fun. It was time to go back to my original sign, and my original state of not knowing what any of this is supposed to mean. And with that, this new “sign” descends back into Ophiuscurity.