While it has since been deleted and an apology issued, an op-ed by former Labour MP Michael Bassett published by the Northland Age and the NZ Herald this week caused an uproar for its racist cherry-picking and false reporting of historical facts. Historian Scott Hamilton sets the record straight.

Michael Bassett is an angry man. The historian and former Labour minister believes that he and other Pākehā are becoming second-class citizens of this country. In an opinion piece that was printed in the Northland Age and on the website of the New Zealand Herald, Bassett insists that a cabal of “Māori revolutionaries”, “woke” academics, and civil servants is working with sinister efficiency to turn Aotearoa New Zealand into a bicultural dystopia.

Bassett complains that he can’t tune in to Radio New Zealand without being assaulted by Māori words. He’s upset that Aotearoa is increasingly being used as a name for his country. He doesn’t like the fact that Auckland’s forthcoming Arts Festival will feature lots of Māori song and dance. And he thinks that New Zealand educators want to teach the nation’s kids that white people are evil.

Bassett’s article was soon pulled from both the Northland Age and from the New Zealand Herald. The managing editor of NZME, the company that owns both papers, called the text “unacceptable”. Hobson’s Pledge, the right-wing lobby group founded by Don Brash, condemned the removal of Bassett’s words, claiming that it shows “how far New Zealand has drifted” in the wrong direction.

I think that Bassett’s article is unacceptable, not because his skin is white or because he is a political conservative, but because he makes a series of demonstrably false claims about the history of Aotearoa New Zealand. Sometimes Bassett cherry picks an event from the past and tries to make it mean something it doesn’t. In other places in his text he says things that simply aren’t backed by evidence. Bassett used to teach history at the University of Auckland. He has written a series of competent, if rather dull, books about the history of politics and government in this country. But his latest effort wouldn’t be acceptable if it came from a first year undergraduate student.

Bassett begins his piece by complaining that Aotearoa, a “relatively recent” Māori name for this country, is increasingly being used alongside or even instead of New Zealand, which is supposedly “the name by which our land has always been recognised”.

But the use of Aotearoa is much older than Bassett suggests. The name appears in a song that George Grey collected, where it refers to the land discovered by the legendary navigator Kupe. The song was already old when Grey heard it in 1845. Auckland’s War Memorial Museum displays an exquisite flag that was captured by colonial troops from King Taawhiao’s men in the Hunua Ranges in 1863, during the early phase of the Waikato War. The flag is emblazoned with the name Aotearoa. When Taawhiao founded his own bank he called it Te Peeke o Aotearoa. The banknotes he issued carried the name. A search of 19th century newspapers at the Papers Past online archive turns up 1,379 references to Aotearoa, the vast majority of them in Māori-language media.

Nor does the name New Zealand have quite the history Bassett claims. Until the late 19th century, it had a meaning very different from the one we know today; it was associated with indigeneity. It was Māori, and not Pākehā, who were referred to as New Zealanders. In a famous text written in 1840, the English writer and historian Thomas Macauley imagined a far-off future in which London had become an abandoned ruin, which some “visitor from New Zealand” had come to study and sketch. Macauley’s imagined New Zealander was Māori.

Bassett claims that New Zealand was always the preferred name for this country, but in the late 19th and early 20th centuries many Kiwi preferred Māoriland. Books like Adventures in Māoriland and Musings in Māoriland appeared. A national paper called itself the Māoriland Worker. In 1895, parliament debated making Māoriland the nation’s official name. A popular patriotic ditty sung during World War I was called ‘For Motherland, oh Māoriland’. A search of Papers Past finds 73,121 references to Māoriland in our media between 1839 and 1950. Nor was Māoriland unknown abroad: a search of Trove, the database of Australian media, turns up more than 20,000 uses of the name.

Bassett goes on to complain about the renaming of streets in Auckland Tāmaki Makaurau. He tries to downplay the importance of Tāmaki Makaurau to Māori by claiming that only 800 Māori lived in the area in 1840.

But why did Bassett pick the date 1840, and not, say, 1820 or 1860? The answer, of course, is that in 1840 an abnormally small number of Māori lived in Tāmaki Makaurau. Iwi that had moved into other territories after Hongi Hika’s Musket Wars campaign in the 1820s were only beginning to return to the isthmus. 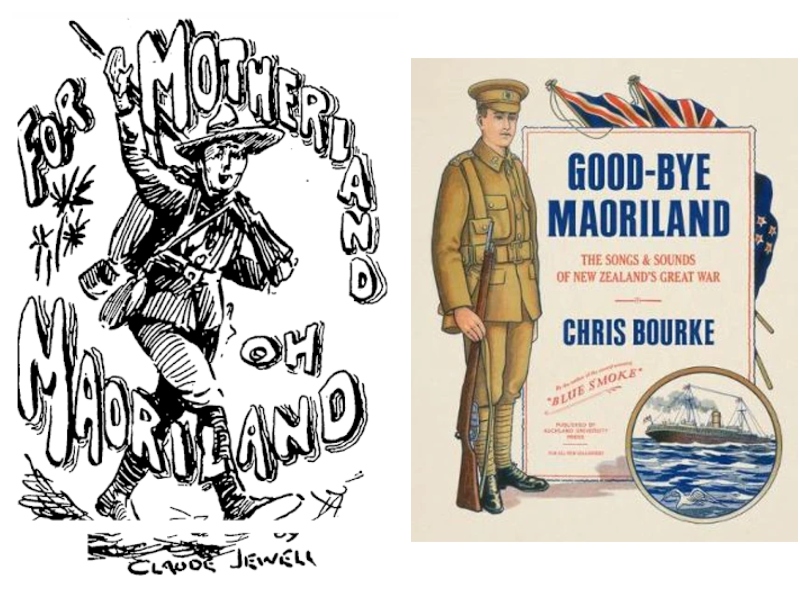 But even at the low ebb of 1840, there were many more than 800 Māori in Tāmaki Makaurau. In his history of the city, Bassett’s old university colleague Russell Stone notes that by 1835, 600 Māori had returned from exile and established a village called Karangahape, at present-day Cornwallis. There were other villages at Onehunga, at Māngere, and at Rangitoto-iti near the Tāmaki River. Bassett’s figure is badly wrong.

In 1820, before Hongi Hika’s campaign, many thousands of Māori lived in Tāmaki Makaurau. By 1860, Māori communities were thriving on the fringes of the Pākehā colonial city. The Manukau harbour was home to half a dozen increasingly prosperous kāinga. They grew wheat, planted orchards, and built a handsome scoria stone church at Māngere.

In 1863, Tāmaki Makaurau was again depopulated, as Governor Grey demanded Māori swear allegiance to the queen or go and join Tainui iwi in Waikato, with whom Grey was about to declare war. Kāinga were abandoned, looted and burned. The Great South Road filled with refugees. Bassett’s article neglects to mention the ethnic cleansing of Tāmaki Makaurau in 1863. Bassett gives the inter-iwi Musket Wars of the early 19th century a prominent place in his text. He believes that these wars show the shortcomings of Māori civilisation. But Bassett has a one-sided understanding of the Musket Wars. He is very aware of the massacres that Hongi Hika inflicted on traditional enemies using new-fangled guns. But he appears to know little about the peacemaking that slowly ended most of the wars, well before the signing of the Treaty of Waitangi.

In 1823, Hongi and his Ngāpuhi warriors invaded the rohe of Te Arawa. They dragged waka up streams and through bush so they could reach Mokoia, the supposedly impregnable island pā in Lake Rotorua. Hongi’s men stormed the island and killed many of its defenders. Immediately afterwards, though, peacemakers amongst Ngāpuhi and Te Arawa arranged a feast where the two iwi settled their differences. Māori culture had mechanisms for war-making, but like most cultures it also had mechanisms for stopping war. The interconnecting whakapapa of iwi like Ngāpuhi and Te Arawa always made it possible to appeal for amity, even amid calls for utu.

Bassett makes no mention of the tremendous impetus that the arrival of Europeans and the sale of guns gave to inter-iwi warfare. In Guns and Utu, his classic study of the Musket Wars, Matthew Wright compared the inter-iwi wars to the Thirty Years War that devastated northern Europe in the 17th century. In both cases, firearms upset an old order. In both cases, devastating warfare was eventually followed by a peace made by diplomacy. It would be unfair to use the Thirty Years War to suggest that Europeans were inferior to other peoples. Similarly, it is wrong to use the Musket Wars to denigrate Māori.

Bassett wants historians and schools to celebrate the “more developed culture” that Britain supposedly brought to the South Pacific. I suspect, though, that Bassett, with his conservative political views, would be horrified if schools taught the real reason many Britons came to these shores. A very large number of migrants were refugees from poverty and persecution in the mother country.

In his great book The Farthest Promised Land, Rollo Arnold showed how English farmers tormented by eviction threats and falling wages protested and set up unions in the 1860s and 70s. The rural workers went on strike and staged huge marches. In 1874, though, their largest strike collapsed, as hungry men went back to work. In response to this failure, the leader of the rural workers, future Liberal MP Joseph Arch, urged families to migrate to Britain’s colonies, in the hope of leaving their misery and oppression behind. Using archives on opposite sides of the world, Rollo shows how migrant recruiters sent to Britain by New Zealand’s government were able to persuade tens of thousands of impoverished and angry men and women to come to this country. I doubt whether many of these refugees would agree with Bassett’s simplistic veneration of British civilisation.

The Spinoff could not exist without the support of its members. Click here to make your contribution.

The past is composed of an infinite number of events. Historians have to select a few. The events they select, and the stories they tell with those events, to some extent reflect their personal beliefs and experiences. That’s why history is always partly subjective as well as partly objective, and why there is no final, single historical narrative. But Bassett’s cherry-picking of events goes far beyond what would be acceptable to serious scholars of the past, and his evidence-free claims about Māori population and the history of our toponyms would also be rejected. It is hard to believe that the author of the text printed by the Northland Age was once a history professor. Bassett’s intellectual decline proves once again that bigotry is injurious to scholarship.