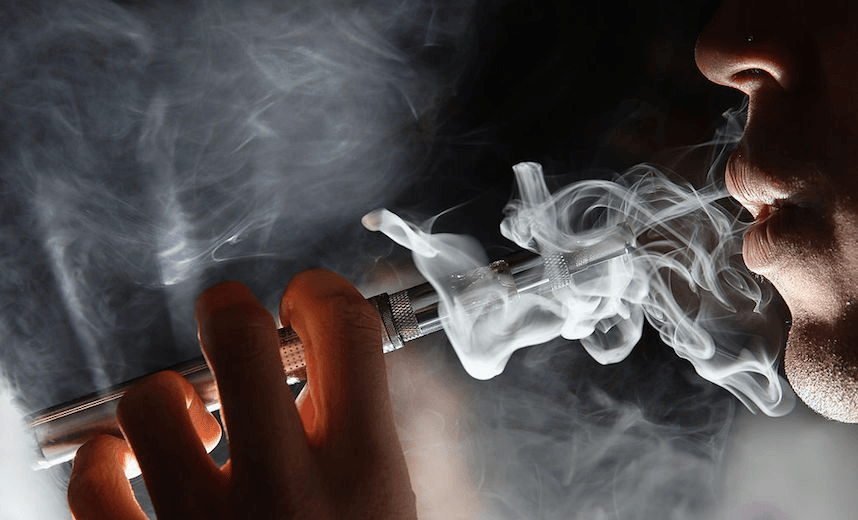 E-cigarettes could save lives. Let’s make it easier to buy them

With the domestic sale of electronic cigarettes set for legalisation, the Ministry of Health is deciding on regulations to govern where, how and to whom they’re sold. The NZ Initiative’s Jenesa Jeram makes the argument for a light hand.

Condoms are not 100 percent effective, but there are few who would advise that it means abstinence is the only option. Coffee is an addictive substance, yet coffee cups aren’t required to carry health warnings or graphic images.

There are consumer products out there that carry some risk, could be addictive, and should ideally not be consumed by children. That does not mean they should be heavily regulated under the guise of ‘protecting the public’. In some cases, the best thing the government can do is take a step back and realise the harm caused by trying to do good.

There is a strong case that e-cigarettes fall into this category.

Submissions for the Ministry of Health’s public consultation on electronic cigarettes (e-cigarettes) have closed. Now we will have to wait and see what kind of regulatory framework emerges.

Currently, it is illegal to sell nicotine e-cigarettes and e-liquids domestically, but it is legal to import these products.

The status quo clearly isn’t working. As more New Zealanders are realising the benefits of switching from smoking to vaping, they are also realising the costs and risks of having to rely on importation. The announcement of a public consultation has been a welcome – if not well overdue – potential improvement to the current regulations.

Of course, New Zealand is not alone in considering how to regulate this disruptive technology. All over the world governments are facing the same decisions. On the one hand, the product has great potential for reducing the proven harms caused by smoking. But on the other hand, jurisdictions seem cautious about having loose regulations for a product that is addictive. The risks of tobacco smoking will be fresh in the minds of many policymakers.

There is a risk that such caution will do more harm than good.

While the long-term health risks of the product have not been established, the same can be said for any newly developed consumer product. Yet those products are generally captured under existing regulations like the Fair Trading Act and Consumer Guarantees Act.

What we do know is that no study has established substantial short term risks. Meanwhile, there is a widespread consensus that nearly all regular e-cigarette users are smokers or ex-smokers, and that e-cigarette use is a much safer alternative to smoking.

There is a reasonable case for restricting e-cigarette sales to those over 18, but beyond that, additional regulations are overkill.

There are some, like the Otago University public health department, who recommend restricting e-cigarette sales to pharmacies and specialist stores. Such restrictions are likely to be prohibitive, both for current and potential vapers.

After all, have you ever delayed filling a prescription because you couldn’t get to a pharmacy? Or avoided going to the doctor because it costs time and money? Would you feel out of place in a Cosmic Corner or specialist vaping store? Given the limited opening hours and locations of pharmacies, contrasted with the endless availability of places you can buy cigarettes, it is easy to understand why people would stick to or switch back to smoking.

To excise or not to excise is another question the Ministry of Health will consider. Yet there is almost no justification for an excise regime.

Unlike smoking, there is no convincing evidence of health costs from vaping, let alone costs that are significant compared to other risky activities. Likewise, there are no established health consequences to bystanders. Vaping is not even an “undesirable” activity the government might wish to discourage. Indeed, it is more desirable than smoking, and most vapers are currently smokers.

Besides, an excise tax can act as a disincentive to give up smoking, by exaggerating the actual harms and distorting the attractiveness of vaping as a cheaper option.

There is one justification for applying excise, but it is rather absurd. It is an uncomfortable and rather distasteful truth that smokers probably cost the public purse less in end-of-life costs than non-smokers. A cynic might argue that if vaping helps save lives, an excise tax might be able to recuperate the costs that the healthy and long-living eventually impose on the health system. Clearly, this is as ridiculous as taxing exercise. Or kale.

New Zealand has an opportunity to be a real leader in e-cigarette legislation. Both the European Union through the EU Tobacco Directive and the United States through the Food and Drug Administration are imposing regimes that stifle the accessibility, innovation and diversity of products in the sector. The winners are big companies who can bear the costs of overly burdensome regulations, and the ultimate losers are current and potential vapers.

One can only hope that out of all of the possible regulatory regimes and restrictions that could apply, the Ministry of Health considers the obvious: regulate e-cigarettes like any other R18 consumer product. There might be undetermined risks in vaping, but there are also potentially life-saving benefits that overregulation will suffocate.

And really, considering the health consequences of smoking, the excise increases, and the mass public campaign of shaming smokers, isn’t it time smokers were given the choice to switch to a product less harmful?