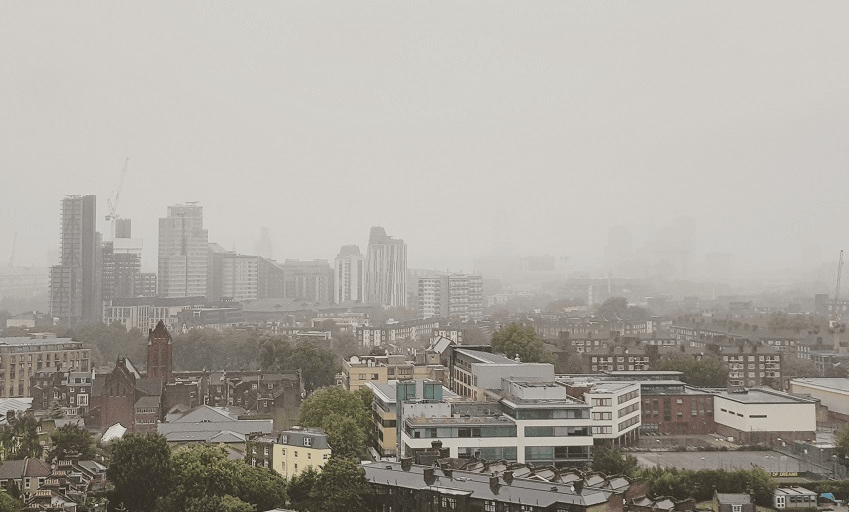 In London, the air is a public health emergency

Living in a city polluted with dirty air is among many facts of life that Londoners pay for, not just with money but with our health, writes Elle Hunt.

There is a company that sells aerosols of “100% pure Australian air”, “farmed” from pristine locations including Tasmania and the Blue Mountains, for AU $246.24 for a 12-pack. At “upwards of 255 breaths”, that works out to less than $1 per breath.

I came across it because it had been singled out for criticism by a consumer advocacy group for “literally selling thin air” to mostly residents of China and India, panicked about their toxic atmospheres.

The product was useless and exploitative, the consumer advocates said, giving people in polluted cities only the illusion of peace of mind.

All of which is to say, if you happen to find yourself on the Island Bay foreshore or being whipped by the sea breeze on the Fullers ferry to Waiheke island, could you be so good as to fill up a screw-top jar and send it my way?

In London, I reminisce about my favourite antipodean airs like they are fine wines gathering dust in the cellar of my memory alongside cases of Matua Road. New Zealand’s air is “generally good”. Here, it is a “public health emergency”.

This week mayor Sadiq Khan launched the ultra-low emission zone in central London, imposing a £12.50 ($24.23) daily charge for all but the cleanest cars and vans. It is expected to reduce road transport emissions by around 45%. Even that may not go far enough.

A study by King’s College London and Imperial College London found that each day on average four Londoners, including one child under 14, were hospitalised for breathing difficulties owing to air pollution. Even Khan himself has developed adult-onset asthma in recent years. More than 2 million people, among them 400,000 children, are living in areas of the city with illegal and toxic levels of pollution.

It is even worse on the Underground, according to a report earlier this year, with the concentration of particulate pollution in tube stations found to be up to 30 times higher than beside busy roads. Thirty times higher. The conclusion that it is “likely there is some health risk” but to continue taking the Tube in the meantime doesn’t do much to put the mind at ease.

It may reflect a sense of resignation: what are you going to do? Not take the Tube? It is among many facts of life that Londoners pay for, not just exorbitantly with money but with our health as well.

It is self-evident when you wash your face at the end of the day and see that it is not just makeup you are removing. London is a dirty city. But it is disturbing what you get used to, and how quickly. I now only notice the poor air quality in London when I go somewhere else.

On a long weekend in Dartmoor at the end of last year, I sucked in great lungfuls of air as though I could get my fill for the rest of winter. The air there felt sustaining, rather than something you took in as little as you dared, a cost-benefit analysis you made unconsciously every few seconds.

Already in London, the air is contributing to the deaths of thousands of people every year. Children are growing up underdeveloped, and while it is nowhere near the worst in the world, people have already started leaving as a result. The toxic atmosphere is one of many ways in which the city seems fundamentally resistant to human inhabitation. For now, we weigh up the pros and cons and find it still worthwhile to stay.

But it is a cause for concern when one of the reasons you look forward to a trip away is, quite literally, breathing the air. And bottling it to bring back with you.