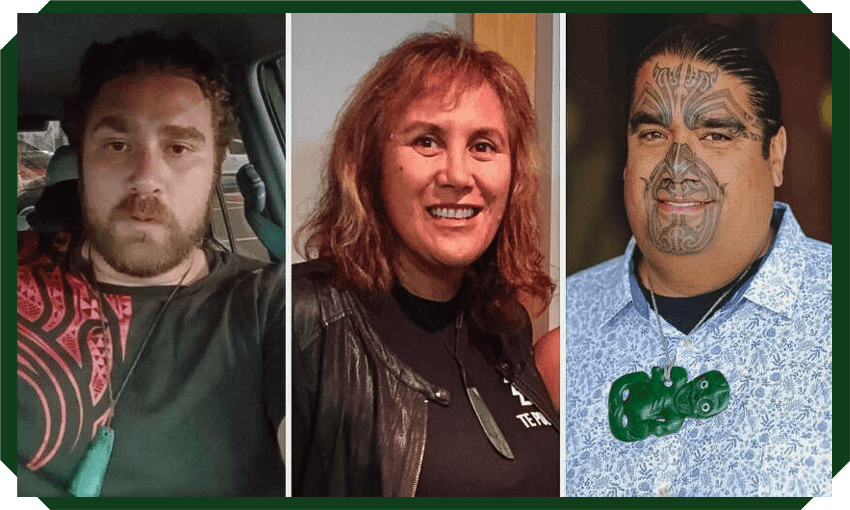 Organiser Brad Flutey says they will now ‘inhabit’ rather than ‘occupy’ in response to kaumātua requests. It comes as recriminations fly between Flutey and other figures in the parliamentary occupation movement.

Just a couple of days after the “occupation” near the Marsden Point refinery in Northland began, local kaumātua have asked that protesters “head home”. The organiser of the “Dig In At Marsden” action, which demands a reversal of the decision to decommission the country’s only refinery on grounds of fuel security and national security, has said that the action will continue, though in deference to local iwi they will no longer classify it as an occupation. It’s not the only struggle on Flutey’s plate: the last 24 hours have also seen sharp verbal salvos exchanged with other prominent figures looking to extend the “freedom” movement beyond the 23-day occupation of parliament grounds that ended early last month.

In a video posted on Facebook last night, Flutey said he regretted not consulting with hapū and iwi earlier: “I know tikanga and I should have known better.” He had heard their request in a meeting yesterday, he added. The encampments, currently located on berms near the refinery that are populated by about 90 people, would continue, though he would stop calling it an occupation. “We’ve been respectfully asked to not engage in an occupation any more,” he said. A disruption at the meeting, however, when one a participant from Ngātiwai was taken ill, meant that “I have not had my say”, he added. “We have not had our chance to put our point forward. So although I will respect the lifting of the occupation, we’re still going to ‘inhabit’ certain locations. The clear definition of an occupation is to hold space in a locality and never leave – to occupy. Inhabiting is different. Convoying is different.”

Flutey said: “You have my respect, absolutely. But there’s a lot of people out there counting on this. I’m not going to let individuals from Ngātiwai use a tragedy to get their way … You ain’t gonna get rid of me that easy, no way.”

In a statement provided to The Spinoff, Patuharakeke Trust Board and Ngātiwai Trust Board confirmed they had met yesterday with Flutey and a small group of his supporters to discuss the action at Poupouwhenua (Marsden Point). Their request had not been just to end the occupation, but to leave the area.

Patuharakeke Te Iwi Trust Board chairperson Deborah Harding said emails from Flutey before the meeting had “clearly stated he was not seeking permission from mana i te whenua and would occupy regardless. Our kaumātua shared their disappointment about the email received and the blatant disrespect the protesters demonstrated to Patuharakeke.”

Aperahama Edwards, chair of Ngātiwai Trust Board, backed that position. “Through our kaumātua at the meeting the protesters were invited to pack up their things and leave Poupouwhenua,” he said. “Our kaumātua stated the importance of this whenua to the protesters, our role as ahikā in the rohe and as kaitiaki. With humility they asked the protesters to leave and return to their homes.”

Edwards noted “mixed feelings about the refinery closing”, saying: “It has polluted our cultural landscape and harbour for over 60 years and is located on confiscated whenua. Poupouwhenua was illegally confiscated, occupied by the Crown, and eventually came into the refinery’s ownership.”

She added: “Opportunities to re-establish hapū ownership of Poupouwhenua is top of mind for Patuharakeke. The battle has been long and hard for us and now we have this group of outsiders coming into our rohe to occupy our ancestral lands?”

Both spokespeople stressed their commitment to climate change action, “especially given that low-lying coastal Māori communities and the poor will be disproportionately affected by the impacts of the climate emergency”.

In a separate video, Flutey took aim at one of the highest-profile figures from the Wellington occupation, Chantelle Baker, who livestreamed that protest to tens of thousands of Facebook viewers. “I’m going to call her out,” he said. He had approached her for assistance in making contact with “a man who’d worked at the oil refinery for the last 30 years” and she had responded with questions about the transparency of donations for the Marsden Point action, he said.

The donations system accountability was “tickety-boo”, Flutey said, and “all the receipts are collected and stored in the database on the website”. The only expenditure so far was on “the website, fuel, tyres for the car … and a little bit of food”. He continued: “Stop with the rumours, just talk about what you’ve seen and heard from individuals … The problem is rumours, suspicion, passing on what you’ve heard without checking.”

Flutey continued: “We’re labelled conspiracy theorists, yeah? Because we believe conspiracies exist and they likely exist in the highest echelons of power where huge amounts of money are held. It’s a logical thing to believe in really, right? … [But] there is an overabundance of thinking that conspiracies could exist everywhere in all our allies. That’s a problem. We haven’t quite learned how to regulate that problem. I’m still learning, I’m getting better at it … The main thing that’s going to tear this movement down is the overabundance of suspicion of ourselves. We’re going to have to start trying to trust each other a little bit … people are too busy listening to rumours instead of doing the fucking work.”

An altogether angrier denunciation was issued by Flutey against another of the personalities from the parliament occupation. Nicknamed “Portaloo Phil” during the encampment, he was injured when seemingly struck in the eye by a police officer. After an apparent altercation with Flutey in the north, Phil posted on Twitter: “Absolutely do not go to Marsden Point.” He added: “I would say [Flutey] has no idea what he’s doing and I’d really like to see the books on his finances considered how little was organised.”

For his part, Flutey alleged: “[He] turns up on the gear, cooked off his face. Stealing from mates, no good, we don’t want that stuff at Dig in at Marsden. Don’t come back, Portaloo Phil, go sort your shit out. And don’t take your trauma out on Facebook bro. Grow up. Go sort yourself out. Don’t bring that stuff onto our kaupapa. What a joke.”

Phil was having none of that, rejecting “libelous comments”, challenging Flutey to “open your books to scrutiny”, questioning his loyalty to the movement, and pledging to take a drug test to prove he was not in fact on the gear. His comment concluded: “You say I turned up cooked and stole from mates, let me tell you both statements are defamation. That’s serious. I’ll give you 24hrs, you’ll be hearing from me once my test is done later today. Best you have a long hard think about your liability here.”

Over the weekend, Flutey expressed concern about the state of the “Unite” protest movement, which is currently staging actions in Wellington across 14 days. “Unite has been torn apart from the inside – it needs help,” he said. That came as one of the organisers formed a breakaway social media channel, prompting accusations of “internal sabotage”. The event, which has been addressed by “Portaloo Phil”, started small and has dwindled further. Today, on day 12, around 15 people gathered outside the Ministry of Health in Wellington to protest.

In other recent video posts, Flutey has castigated his supporters for failing to follow instructions, saying, “We don’t deserve to overcome tyranny if you guys can’t behave like adults,” and diagnosing the internal difficulties like this: “The biggest problem that we have with our freedom movements is not egos. You’d think so, but it’s not. It’s our own paranoia about who the other people are in our movement.”