It’s going to take more than some yellow ‘unite’ posters to get New Zealanders vaccinated.

We’ve always known about 20% of the eligible population won’t get vaccinated, behaviour change theory tells us that and so did the Ministry of Health’s first vaccination uptake insight report in September/December 2020, which found 24% of us said we wouldn’t get jabbed.

And while the needle has moved a bit, the August 2021 survey conducted after the country went into the delta level four lockdown showed that only 85.5% of the eligible population plans to get vaccinated. But what should be of equal concern is what appears to be a convergence of issues that could reach a tipping point as frustrations continue to build, community distress grows, the “them and us” mindset spreads and the uneven roll out of the vaccination programme continues.

While we haven’t seen the pitched battles with protestors that have beset Australia, tensions are growing: businesses abused for offering vaccination incentives; employers and employees pitted against each other over a potential “no jab, no job” dilemma; the hospitality sector concerned about their potential enforcement role; families reporting 1981 Springbok tour-style divisions; people who are exempt from wearing masks being refused service; and so on.

While the natural inclination is to run a marketing campaign and beef up “unity” messages from the 1pm presser, a more strategic community-based response is required. It’s too late to worry about why much of this wasn’t anticipated and addressed during the good ol’ days when New Zealand was the envy of the world for its response to the pandemic.

The point is that to get more than 90% of us vaccinated without turning on each other, we need fair and consistent policies, as well as an action plan and shared vision of what the future could look like. (And people won’t mind if the plan needs to change or adapt, we just need a starting point.)

But firstly, we’ve got to finally accept two realities: Covid will continue to be with us in the community, even if there are brief respites from time to time; and there will be a sizable percentage of the population who will never be vaccinated.

The government’s unwillingness to make the vaccine mandatory is understandable, but picking off different sectors isn’t the answer either. A recent 1News/Colmar Bruton poll found the majority of New Zealanders supported vaccinations being made compulsory. We’re told the argument against a nationwide vaccination mandate is that it’s not who we are, it’s not how we do things. We’re also told this is the most serious crisis we’ve faced since World War II, yet we’re not prepared to mobilise every weapon in our armoury.

Concerns about our civil rights are warranted, but we’re also past that. We’ve proven we’re prepared to lose some liberties if it’s going to get us out of this. Our freedom of movement in New Zealand under the Bill of Rights is already taken away from us with each lockdown and arguably even the fundamental right of every citizen to enter New Zealand has effectively been denied because of the MIQ lottery system.

The government appears to be holding on to this notion that kindness, talking with trusted contacts and rational thinking will get us to the 90% vaccinated target. But if health conversations and logic were enough, we wouldn’t have smokers. 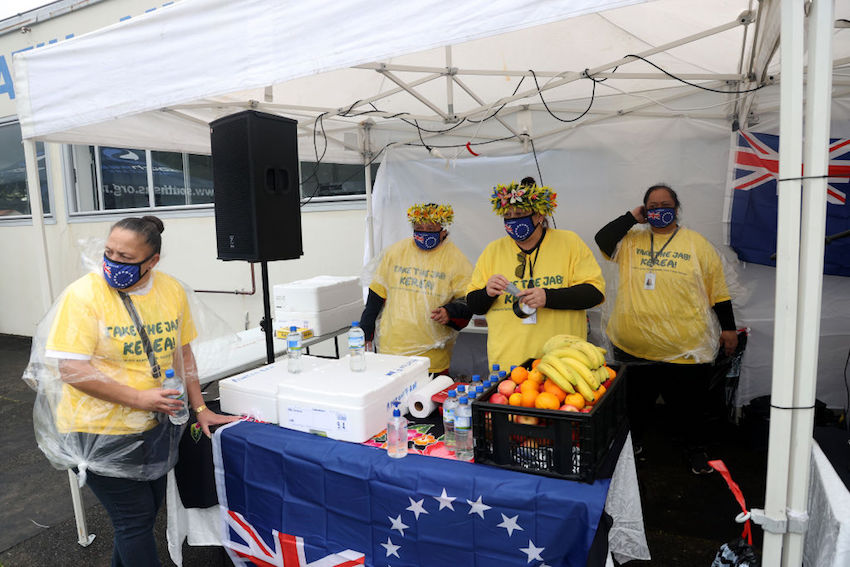 And New Zealanders are reasonable people. Many will understand that a small group of us will be exempt on grounds of religion, medical need or possibly even deeply held philosophical belief (a generous way of saying anti-vaxxers).

A mandate and vaccine passport will help identify the unvaccinated without the associated shaming or risk of legal consequences. Employers can then reassign exempted workers or institute safe practices around them to protect the majority of their workforce, hospitality outlets can decide how they want to deal with the small percentage of patrons who’ll be unvaccinated, and parents can make informed decisions about the education of their children.

Some local commentators have looked to Portugal and the United Arab Emirates as examples of where significant vaccination numbers can be achieved without mandates. The UAE will achieve 94% if all those with one dose follow through, and Portugal will reach 88%. But such comparisons are pointless.

We don’t have a military-led vaccine task force running our programme as in Portugal. The UAE had a similar battle-cry approach but the National Emergency Crisis and Disasters Management Authority was called in to coordinate their response – this a country that has a government unit called the Ministry of Possibilities. They have their own unique way of dealing with public issues. But most importantly, almost 90% of the population of the UAE are expats from South Asia and elsewhere in the Middle East. They have to be vaccinated if they want to travel home.

However, what both countries have in common is that they didn’t have their health authorities lead their vaccination response. Instead they applied the appropriate expertise to the appropriate roles. Frustratingly, our health experts continue to talk about the vaccination messaging and engagement tactics. What makes them qualified to provide communications advice? You wouldn’t ask a mechanic to run a car sales yard, so why are medical experts constantly being asked by media how to engage hard-to-reach audiences?

University of Auckland senior marketing lecturer Bodo Lang has advocated that a different communications strategy is now needed to get the last group of people over the line, including personalising the benefits of being vaccinated. It’s classic “social good” marketing – accentuate the benefits and reduce the barriers. It still won’t get us to 100% vaccinated, but why isn’t a marketing or communications expert like Lang a national personality by now?

“Accentuating the benefits” can also include offering incentives. Government ministers had earlier said incentives won’t be needed. But publicly funded enticements are now being offered, it’s just being implemented unevenly. If you’re in Northland, your sports club can get $10 every time they refer someone for a jab. In South Auckland you can walk away with food parcels, petrol vouchers, stationery, even loads of ice cream. In Johnsonville, Wellington, you can leave the vaccination centre with a warm feeling you’ve done good and maybe a lollipop.

There’s nothing wrong with targeted incentive programmes, but they will be used by those wishing to stir up social unrest as an example of unequal and unfair treatment.

Disincentives weren’t going to be offered either, but now some will be penalised by not being able to attend certain large events without a vaccination passport. So why not apply the rules evenly to wherever large groups are gathered? And some of the discourse is taking on a racial discriminatory tone. Māori and Pasifika populations continue to be singled out in flawed media reporting or highlighted as benefitting from special treatment.

Māori are behind in the vaccination statistics because of age profile and deep-seated inequities; it’s systemic racism, not race, that is behind their lower vaccination numbers but that’s too complex for a three-hour radio talk show to cover. And Pasifika aren’t even lagging, in fact we’re outdoing the majority European population up to age 65 for both doses, as this Spinoff graphic illustrates superbly – the most useful ethnicity chart produced by any media outlet because it properly reflects the context that half of the Pasifika population only became eligible on September 1.

Surely, if we want to open up our borders confidently and be world-leading, we’ve got to provide clear and consistent incentives and penalties, and mandatory vaccinations to get the job done.

Alongside that, in the same way our religious leaders hold interfaith dialogue, we should institute a non-partisan, all-embracing, ongoing coalition or forum for social cohesion. We need a leadership grouping to help foster our national sense of kotahitanga and logotasi – te reo Māori and Sāmoan words for “unity”. A “Unite Against Covid-19” logo with yellow zebra stripes and our daily 1pm reminder to get vaccinated and be kind won’t cut it any longer.

As we repeatedly hear, Covid is the enemy. So let’s get our various leaders, community groups, young and old, to help remind us of that in a coordinated and sustained way, before we start seriously turning on each other.