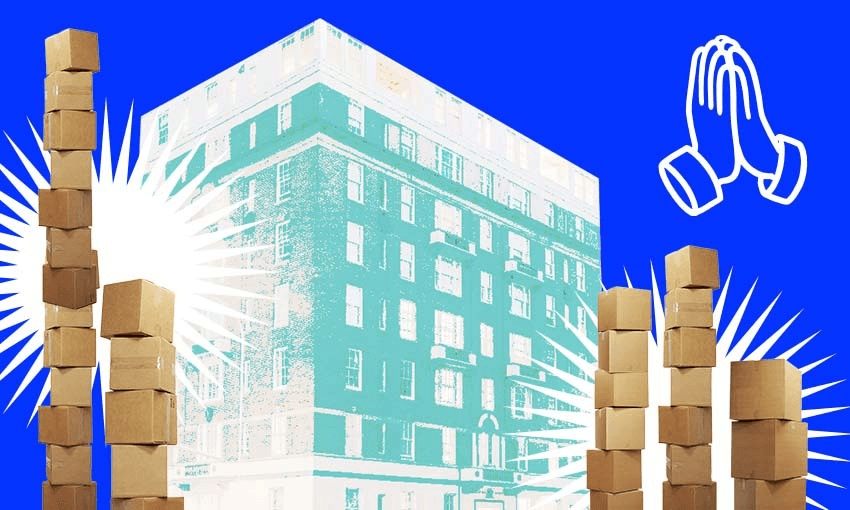 After lockdown, everything was meant to change. And then it didn’t. (Image Design: Archi Banal)

After lockdown, everything was meant to change. And then it didn’t. (Image Design: Archi Banal)

Today senior ministers decide on any changes in the traffic light settings for Auckland, Northland and the rest of the country.

Ten days after Aotearoa shifted to the Covid-19 Protection Framework, better known as the traffic light system, cabinet meets today to determine whether there will be any change before the end of 2021. It’s the last of the now traditional 4pm Monday announcements on Covid settings for the year.

What will be decided?

At the end of last month, Jacinda Ardern announced which colour light each part of the country would begin at. Those settings saw all of the country at orange with the exception of a stripe across the central North Island and everywhere from Auckland north. (If you’re not sure which light you’re currently in, plug your address in here to find out.)

The prime minister also indicated that cabinet would review those settings on December 13. She has also indicated, however, that no part of the country is likely to shift to green before Christmas.

The next update by ministers will be on Monday, January 17, and will continue on a fortnightly basis.

What are the main differences between red and orange?

Orange means there is no longer a 100-person limit on venues for those using vaccination passes, something that makes a serious difference to larger-scale hospitality operators, who can now host an unlimited number as long as they’ve used their vax pass. Home gatherings without a use of the vaccination pass can increase from 25 to 50.

The case for moving Auckland to orange …

The daily new case tally for Tāmaki Makaurau has clearly dropped to under 100 and hospitalisations have fallen, too. As of yesterday, across the country there were 61 people in hospital, including three in ICU.

Most compelling, however, are the levels of vaccinations. Among eligible people 12 and over, 92% have had two doses, with 95% at least one. Each of the three DHBs that make up the region is now across the 90% fully vaccinated mark. The mayor, Phil Goff, says they’re ready. At those rates, is it fair to retain restrictions that hobble businesses and limit freedoms?

The case against moving Auckland to orange …

Despite the drop in case numbers, the city remains the epicentre of the delta outbreak, with more than 5,000 active cases across the region. Critically, the impact of the switch to traffic lights is yet to be revealed. Today marks 10 days since the new system began. Ten days is also the point, say experts, when any resulting change in infection rate starts to become discernible. Yesterday, new cases shot up to 103 from 63 on Saturday. It’s too soon.

Ardern hinted this morning this may be the overriding factor. “We’re in a period of transition,” the prime minister told RNZ. “We need to make sure we’ve seen the full impact of that easing.” While that might suggest it was a mistake to schedule the review today, Ardern indicated that it was highly unlikely the decision would be deferred to later in the month, saying people wanted some certainly. She didn’t quite, however, rule it out.

Sue Crengle, co-leader of Te Rōpū Whakakaupapa Urutā, the National Māori Pandemic Group, urged the government to wait a few days and gauge the impact of the shift to the traffic light system before making a call on changes for any part of the country.

It is highly unlikely Northland will move to orange, with the region at 81% fully vaccinated and 87% first doses. All other regions have passed 90% with at least one dose, so have an argument to shift. Mayors and business representatives in areas with major tourism-based economies are urging the government to flick the switch to orange.

Others have urged caution, however, especially given that on Wednesday this week the hard Auckland border lifts, meaning that people from the Covid Super City will be travelling around the country, including to remote areas where there are pockets of unvaccinated people, often in vulnerable communities a long way from high-level healthcare.

There are measures in place for those leaving the city – including requirements to be vaccinated or have returned a negative test before travelling for those 12 and over – but that will slow, rather than stop, the spread.

Why can’t the South Island move to green?

Calls for Te Waipounamu to move to green, under which most restrictions would be lifted, increased after it emerged that the Ministry of Health had initially backed it and some parts of the North Island moving directly to that setting. That remains unlikely this year, however, given the movement of people around the country over the Christmas period.
And there’s another, grimmer storm cloud on the horizon: omicron.

How does the omicron variant change things?

While much remains unknown about the strain, which was first spotted in South Africa and is now spreading in Europe and elsewhere, it is clear that it is highly transmissible and vaccines are less effective against it (early evidence suggests a third dose dramatically improves immunity). Generally speaking, that will encourage caution – while the variant has not made it into New Zealand, and border protections remain in place, were it to sneak in the equation would change.

Epidemiologist Michael Baker yesterday said that the spectre of omicron should prompt the government to delay its plan to allow New Zealand citizens to isolate on arrival at home, rather than in an MIQ facility, from the current date of January 17.