I’ve enjoyed the SuperGold Card since I retired eight years ago. I appreciate the free public transport, the odd discount on goods and services, alongside of course the fortnightly superannuation payments to all New Zealanders aged 65 and over.

I noticed when I first received my Gold Card that it’s monocultural, with no hint of te reo Māori, no suggestion of Māori design, just a gold rectangle divided by a thick black S with three rather dull kōwhai flowers and the words SuperGold and New Zealand Government emblazoned on it.

And so I wrote to the minister for seniors at the time, suggesting that a Māori name be added. She thanked me for my suggestion and said she’d passed it on to the Office for Seniors. That was the last I heard of it.

Going through the cards in my wallet last month with Cas, my nine year old moko, I recalled the attempt. We decided, given there was a new government, to give it another go. Cas is a keen follower of politics, is biculturally minded, and I thought it might give them some insights into government processes.

First insight: it’s not always easy to find the right place to approach government on an issue. 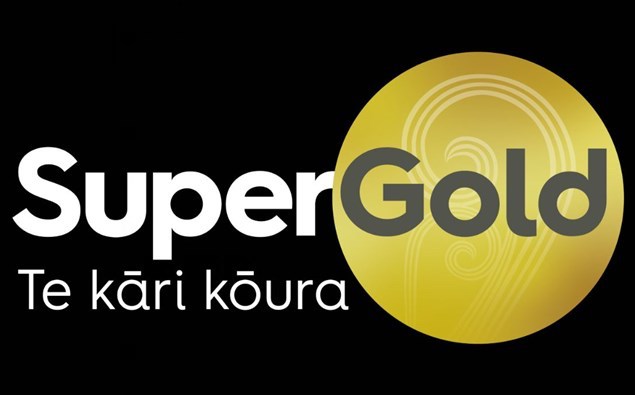 Cas and I had meanwhile done some more research, and we wrote a follow-up email to the director, Diane Turner, noting we had now discovered there was in fact a new design for the card with a Māori name (Kāri Kōura), used in more recent publicity for the Gold Card and on partner websites. We wondered why it wasn’t available as a card.

Second insight: there’s more to this than just the card.

We got a reply from the director this month, saying she wholeheartedly agrees with our summation of the present state of the SuperSeniors website, Facebook page and newsletter. She said there’s currently a project underway to refresh the website and branding. She is expecting this to be largely completed by the middle of 2021; funding for the project was only confirmed in the latter part of 2020. In the meantime, the office is “working to be more bicultural as well as recognising the multicultural nature of our society”, as evidenced in their recently published strategy, Better Later Life – He Oranga Kaumātua 2019-2034.

She said the new branding was developed for the launch of the SuperGold app in 2019. “This is extensively used on the website and app, but the SuperGold Card that is currently being used has not been updated to reflect these changes.  I have been advised that there are no immediate plans to update the imagery on the SuperGold Card. The Minister for Social Development is aware of your email and preferences for the revised card design.”

Third insight: things can take a long time in government.

We had not been idle while we waited for the director’s reply. I posted on Facebook about our project (tagging the minister), which got a positive response from my network. But one Facebook friend noted that “the gold card age and age of retirement needs to account for the fact that Māori age years ahead of Pākehā. Therefore as a 60 year old, I have the age equivalence of a 68 year old Pākehā woman. By the time we qualify for a gold card, many are on their way out the door.”

Cas and I considered that the monocultural public face of the Office for Seniors and the Gold Card might be a reflection of the monocultural nature of our senior population. My Facebook friend’s comment drove that home. A bit of further research revealed that of the 715,167 people aged 65 and over (my cohort) at the time of the 2018 census, only 48,252 (6.7%) were Māori and 20,232 (2.8%) were Pasefika. The overwhelming majority were Pākehā. Compare this to New Zealanders aged 15 and under (Cas’ cohort): of the 923,403 in this group, 248,784 (26.9%) were Māori, and 128,154 (13.8%) were Pasefika. It will be many decades before this disparity changes, and even then it will depend on a significant improvement in the life expectancy of Māori and Pasefika New Zealanders.

Fourth insight: the SuperGold Card is largely a SuperWhite Card. The senior population is a bastion of white privilege financially supported by a much more diverse younger and working population who may not live to enjoy the benefits to the same extent.

We wondered whether the Office for Seniors had brought this to the attention of the incoming minister in its briefing. Sadly, we found it had not. It contains no mention of the ethnic identity of seniors, and therefore no ethnic analysis of issues specific to particular groups, such as most Māori and Pasefika benefiting less from national superannuation and the Gold Card or missing out altogether.

Fifth insight: it’s not good enough and something needs to change.

And, as a token of good intent, this grandpa would like a bilingual Gold Card please.

Joris de Bres was Race Relations Commissioner from 2002 to 2013. In writing this article he acknowledges the help of his nine year old moko, Cas Thistoll.