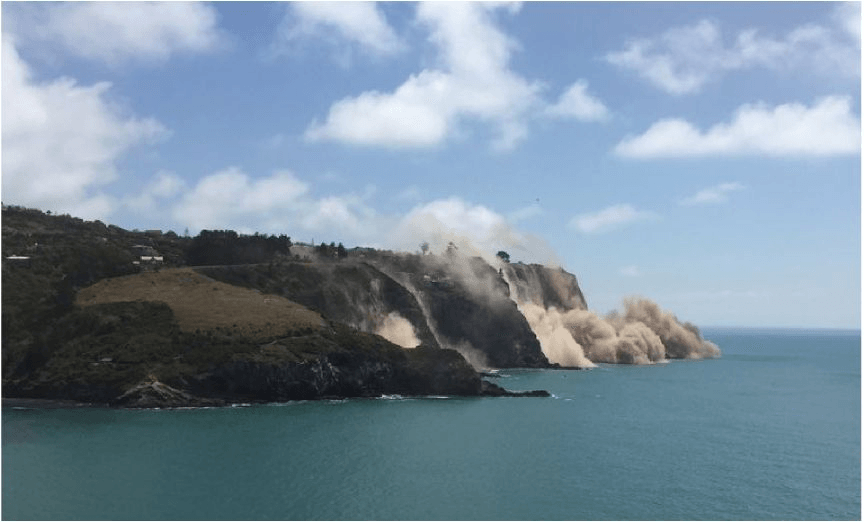 Days before the five year anniversary of the destructive 6.3 earthquake, Christchurch has been struck by another tremor, wreaking damage far beyond a few broken mugs.

Valentine’s Day started so well. I was watching Sunderland’s win over Manchester United*, with lovingly hand-crafted cinnamon brioche that my partner had made for me. Now, I’m sitting on the same couch, watching the Black Caps try and salvage something from the first test, surrounded by the mess from the 5.7 magnitude quake we had earlier this afternoon. The damage itself is pretty minor really, various pottery and glass trinkets converted into shards on the floor, books that came off the shelf, paintings that I’ve taken off the wall in case there are any more shakes.

None of this material stuff matters. It will take an hour to clean up the mess, and it will be fixed or replaced eventually. The impact on my mental health, and that of many, many more in Canterbury, is not. I texted my parents, just to tell them we were OK, with a little bit of damage. Mum rang a few minutes later, surprised that anything was broken, as their house was fine. About half an hour after that, dad rang. I knew they were worried, because dad only calls me if a relative or a member of the Ramones has died. Of all my family, I’m definitely the one who has had the most issues since the quakes.

When it struck today, I was down at a working bee at Agropolis, the small urban farm on High Street, no more than 20 metres from the spot where I was living on February 22, 2011. As the rumbling started, we were in the open, looking around at the partially constructed Vodafone building, where the glass and scaffolding was shaking violently, but staying put. It was definitely a good rocking quake, but the event itself didn’t actually bother me much. (Part of me quite enjoys the motion of a quake, if you could separate it from the destruction it causes. Which you can&#8217;t.) I only really started feeling concerned after I rushed the block back to my house to assess the damage. It was more than  I&#8217;d expected, and is probably comparable to that of the September 2010 quake, in terms of the cost to replace our broken things.</p> <p>After taking a few pictures for the inevitable insurance claim, I went back to Agropolis. The city was pretending to be normal. The tram was still comically running along High Street, and Smash Palace continued to operate without a hassle. But the buzzing of helicopters overhead were the indication that everything was not all right. While my partner was pulling out plants and shifting crates for the working bee, I was feeling the need to be with my people on my phone.<span class="Apple-converted-space"> </span></p> <p>Reconnecting with the situation around town through Twitter was familiar and reassuring. Updates on the magnitude, on the emergency response, on how friends around town were doing, were what I needed. The trauma for me was not so much the event and the aftermath, but the memories that it triggered. While my partner and I live in the same place, and were standing in the same place for the quake, our reactions couldn&#8217;t have been more different. She was &#8220;Keep Calm And Carry On&#8221;; I had moved straight to &#8220;Now Panic and Freak Out&#8221;. Though she&#8217;s lived in Christchurch for most of her life, she was fortunate enough to not be here in 2011-2012. Like all of those who weren&#8217;t here, they can help, hurt, empathise and struggle for you, but they&#8217;ll never quite understand what it was like.</p> <blockquote class="twitter-tweet" data-lang="en"><p> Liquefaction North Brighton following quake in Christchurch <a href="https://twitter.com/hashtag/eqnz?src=hash" target="_blank">#eqnz</a> <a href="https://twitter.com/RNZ_Chch" target="_blank">@RNZ_Chch</a> <a href="https://t.co/OsCsw1XIjt" target="_blank">pic.twitter.com/OsCsw1XIjt</a></p> <p>— Conan Young (@ConanYoung1) <a href="https://twitter.com/ConanYoung1/status/698700995388289024" target="_blank">February 14, 2016</a> </p></blockquote> <p><script src="//platform.twitter.com/widgets.js" async="" charset="utf-8">

Five and a half years of this. Five and a half years of not knowing when it might next happen. Of thinking that it’s all over, that we can move on. Five and a half years of thinking that I’d got over it, that I was a big strong fulla that could cope with a little bit of shaking. I’m grateful for the love of my partner, and of my parents, and for the support from all my people on Twitter, because I couldn’t do it with out you. For so many of us who have suffered through not just the physical loss of the quakes, but the social and emotional challenges, this was an unwelcome reminder that the painful memories of that time are only just below the surface, like the shallows tremors that have ripped this city – and its people – apart.

* on another day, I might have described the Black Cats’ performance as resilient. But not today.