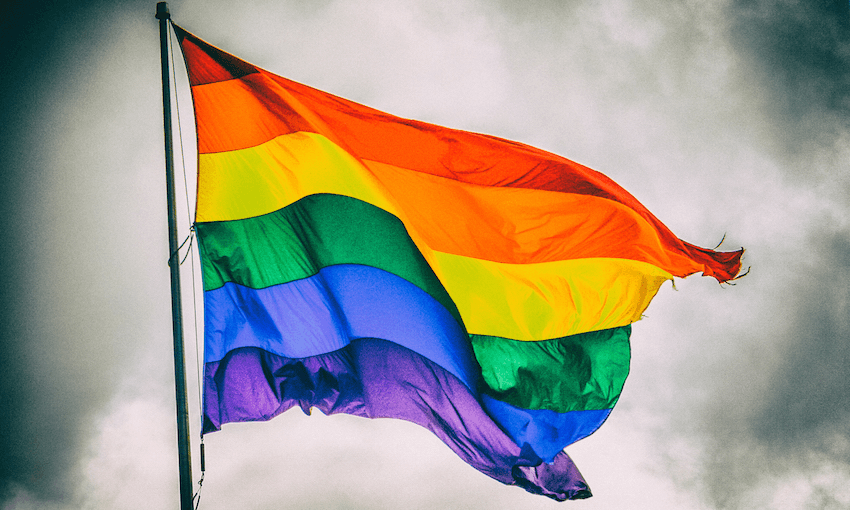 Three years ago to the day, Emily Writes came out as bisexual. Photo: Getty Images

Emily Writes: I came out three years ago and I’ve never been happier

Three years ago to the day, Emily Writes came out as bisexual. Photo: Getty Images

Emily Writes reflects on being out and proud, three years after accepting and embracing her sexuality.

In church I listened to sermons about people with the devil in their hearts. People who would go to Hell even if they were good people. God hates the sin. There’s so much sin. We have to be strong against the tide of sin. I gazed at the neck of the girl in front of me. I hated church.

My first kiss was behind a Scout hall in Alice Springs after the sun had hidden behind that great red rock. It was so hot that our uniforms clung to us. In the dark we fumbled, she kept trying to pull hair back because her hair tie had broken. Our teeth kept clashing. I didn’t want us to ever stop kissing. Afterward she dashed back to the girls’ shared tent and I sat in the dark too scared to look at the ground.

I was 13 and I was sure that these dusty plains would open up and I’d be dragged down to Hell for being so sinful.

I was disgusted in myself. When I went back to our tent I slept as far away from her as I could. In the morning we made breakfast for all of the boys – they made jokes about carpet munchers and lezzo sluts.

That night she tried to hold my hand and I said “I’m not a dyke.”

“Neither am I!” she hissed back.

I had a secret girlfriend at school. We would kiss in the drama room closet and say we were rehearsing. It was OK for girls to kiss if they were doing it for boys. It was OK as long as you still gave yourself to boys who didn’t deserve you.

We had fake IDs. I was a Russian woman that was 37 when I was just past 16. After dancing at Coyotes and other terrible places I would kiss my friends goodnight and decline offers of rides home. I would slink into Pound and hide in the corner and feel completely safe.

When I met my husband at almost 18 I fell instantly in love. It was ridiculous love at first sight. A crashing, clanging, yearning. A shout, a scream. LUST in flashing neon. And in the weeks that followed, over pizza bread from Hataitai bakery and bottles of Tui, I realised he was as kind as he was beautiful. The rarest specimen. As we lay together I thought, I’m going to marry this one.

And then I thought, thank God I’m not gay.

In my 20s I threw myself into being an Ally with a capital A. Every march I was there. I loved it when I was called a lesbian or mistaken for being queer. Soon I found that almost all of my friends were queer women. I felt drawn to a community I told myself I was just supporting. I was at every Pride. And I still only felt safe in queer clubs.

I watched all six seasons of The L Word in the week before I got married. I walked down the aisle at 25 and tried to put those thoughts behind me. You can’t be gay and married.

“I thought you were gay!” as I held up my hand, showing my wedding ring. Nope. I said. Swallowing hard.

“I’m very gay”, I said one night through tears to a friend. I was very drunk. My words slurred and she didn’t hear me. I cried myself to sleep.

The next day my husband and I watched movies and ate nachos. He rubbed my feet and I snuggled into him and felt like life was perfect. I flashed to the night before and wondered, how can I be so happy but feel like something is missing?

I had my babies and I felt a shiver each time I saw them unconsciously bare their souls. I steadfastly told others that I supported them in finding themselves. We read books, over and over again, about how you’re free to be whoever you are. We would switch characters in books to be two princes or two princesses; we used different pronouns and never assumed the sexuality of our children. I hurried them as we walked past churches.

The older I got the more the voice in my head became louder. I would drink with friends and we would discuss our sexuality openly. We would try to figure it all out. It felt like a bruise. Touching your tongue to the hole where your tooth once was.

I was watching the news and crying as I heard that some of those who died at the Pulse nightclub would be outed by their deaths. I went to the vigil and held a candle with my queer friends. I wanted to be with my other family. That night I cried so much I felt like I couldn’t breathe. I thought of my children and their future. I thought of my future.

In the morning my eyes were red. I was quiet for the drive to work. My husband put his hand on my knee. “I’m so sorry about Pulse.” I looked at him and I tried to speak.

I felt sick. “What do you mean you know?”

“You’re my wife. Of course I know. I’ve known since we were teenagers.”

I was happy with him. Happier still to be able to say what had sat at the back of my brain for my entire life. I was queer all this time. I am queer. I was married to a man, but I wasn’t straight. I am married to a man and I’m not straight.

It feels like finding the final puzzle piece. All those years of searching are over. It’s finally recognising yourself. It’s explaining a life, all these moments. It’s finding your family. It’s knowing the people who you always loved, who always loved you, loved you because they recognised you as family.

I became happier than I’ve ever been. And the only thing that changed was I stepped out of my closet. I fell even more in love with my husband. And I felt safe and right instead of scared and wrong.

Three years on from that conversation, despite bi-erasure, gatekeeping, I feel like I’m where I am meant to be in life. No matter what anyone says, it’s me. It’s who I am. Who I always was.

My best friend calls it a gaywakening – when you finally realise who you are.

When you shed all of the baggage. All of the slurs you’ve heard that made you hide yourself. All of the internalised hatred. When you finally get it.

“I don’t think about that anymore, because I’m out and after hiding it for so long, out feels like a celebration.”

This is what living your life in truth feels like. It feels like a celebration. My community, my home, myself. Finally.