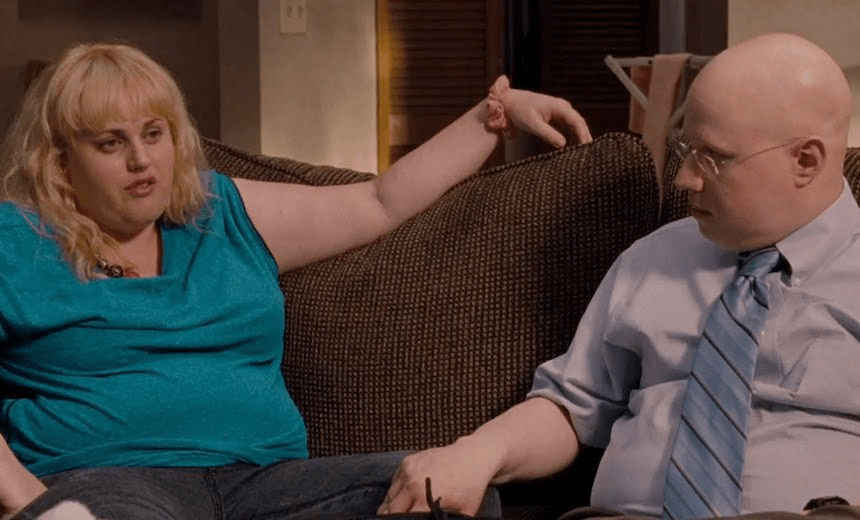 Help! How do I get my creepy flatmate to move out?

This week Ms X advises a letter writer who can’t stand her flatmate – but suspects she might be the problem, not him.

I have a weird dilemma about my flatmate and would love some advice.

Our new flatmate has been living with us for a few months now, and I don’t like him. By all accounts he’s a decent guy, pays rent, pretty respectful (apart from having an issue with being able to wash dishes promptly, but that’s just flatting I guess) and has never done anything ‘bad’ per se. But for some reason I just really don’t like him and I want him to move out.

I’ve felt this even more strongly since he started a weird business scheme that involves people coming over quite often to pick stuff up (Not drugs. Completely legal. Just people picking stuff up all the time.)

I also didn’t really get a say in him moving in – he just kind of started living with us one day. One of my flatmates absolutely loves him and my other flatmate is kinda meh on him, but he also dates a close friend of ours outside the flat. Am I being crazy for not liking him and wanting him to leave? Am I justified in saying that? Given the choice, I’d prefer to live with a total slob who I click with personality-wise (which is saying a lot seeing as I’m a complete neat freak). WHAT DO I DO!?

Thanks for your advice,

Flatting really can be hell. Tolerating other people’s quirks or outright strange behavior can test the strongest of us.

For example, a woman I work with had been saying for a while that she couldn’t stand her flatmate’s new boyfriend – he was always around but she felt like she couldn’t say anything. Then she found them having sex in the pantry. Now she may never bake again.

So I have to ask you some questions and you can see how the answers make you feel.

From what you say the main two issues are that your flatmate has a lot of people dropping by picking up stuff and that you just don’t like or trust him.

The people dropping by to get stuff could get annoying and I guess it depends on how he handles it. Does he leave the rest of you to answer the door or does he manage the whole door-knock and pick-up thing on his own and without impacting the household? Because if he isn’t handling the whole thing (because that whole thing is his job/income/gig) then it would be hard to ignore that if you don’t actually like him either.

Sometimes people just give us the shits and it can be hard to make sense of. They make us uneasy and we feel constantly suspicious of them.

My question for you is: does this happen to you frequently? Are you highly suspicious of quite a few people? I want you to have a think about how you are in the rest of your life, this flatmate aside.

If you scan through your emotional life and it lights up like a pokie machine hitting jackpot and you realise “Um yes Ms. X, I do seem to feel suspicious about people’s intentions quite a lot” then you need to go a bit True Detective on yourself.

Why does this happen? Is it perhaps connected to past relationships with parents or friends where things have gone bad?

In therapy circles we would refer to this as transference; you can learn a bit about it in this video

Transference is basically when we redirect feelings from our past onto people in our current lives. We can end up relating to someone just like they are our horrible sexist Uncle Roger who died 10 years ago, simply because they have the same speech patterns.

Absolutely every human who can walk and talk and is over the age of 10 experiences transference, so don’t let that freak you out. But having some awareness of when you might be experiencing it is very useful.

Sometimes once we become aware that a person in our current life is reminding us of someone/something from our past we can stop ourselves from reacting to them – or at least manage our reaction. So take the time to find out if they actually are just like horrible sexist Uncle Roger, or if they simply happen to say some words in the same way.

On the other hand if you have a think and say “Actually Ms. X, I am fairly relaxed with how I encounter and experience people but I just don’t trust this guy in particular” then you need to consider how you can handle that.

Can you talk to your other flatmates? Can you calmly raise the facts of the situation? You didn’t get a say in his moving in and now the constant comings and goings of strangers is making you uncomfortable. It’s not unfair to say you don’t like living in what sounds like a retail outlet. Could you mention that to your flatmates and see how they respond?

You know your flatmates, so you know how talking to them might go. Will they be discreet with this kind of discussion or will they blurt to the other flatmate thus igniting a drama-filled shit storm? And are you prepared for a shit storm?

You have to decide if your level of distrust and discomfit is worth raising with the other people you live with.

Finally, I do just want to give a tiny but wildly unscientific shout out to gut instincts, the ones that my work mate had about her flatmate’s new BF. Sometimes we have feelings about people that make no sense for ages – until they do. Sometimes all our emotional spidey senses (told you it wasn’t going to be scientific) just tell us to beware. Sometimes you can’t explain those feelings to other people because there is a lack of evidence. So there’s nothing to do but either stop being around the person, or suck it up and wait to be proven right.

Ms X is not currently taking questions but you can read her advice column archive here.