Wellington has come in for a bashing recently, but complaints about house prices, weather and infrastructure only tell part of the story. Lucy Revill shares a few of the things she’s most excited about for summer in the capital.

At some point in my mid 20s, I decided to stop staring mournfully into my long black, complaining about how little there was for me in my hometown of Wellington. Instead, I decided to embrace living here wholeheartedly, starting with writing a regular blog about the people I knew.

Now at 31, I’ve seen people my age or older complain that Wellington’s lost its edge. I strongly disagree – it might just be that it’s time to hand the baton to the next generation. While researching my book The Residents: Made in Wellington, I found plenty of fresh talent. There are plenty of bright young things and exciting new haunts to discover – if you only get off your sofa and look.

Want proof? Here are nine reasons why Wellington isn’t over, and why the next generation of Wellingtonians are leading the way.

I’d advise those who feel like Wellington nightlife has passed its heyday to take a look in the mirror and ask what they’re doing to support those who are out there making things happen. The current generation of Gen-Zs don’t pine for Mighty Mighty, a legendary bar/club they never went to. Instead, they dance their ironic-90s tube socks off at Club 121, opened by Olly de Salis and Cameron Morris in 2018. The line to get in is always long on a Saturday night, but once you’re in, it’s worth it. Club 121 is pure rave, with strobe lights, furry cowboy hats and sweat drenching the dance floor until 4am. Its Halloween Party is legendary. “It’s not about who’s DJ’ing,” one regular told me. “It’s about the experience.” 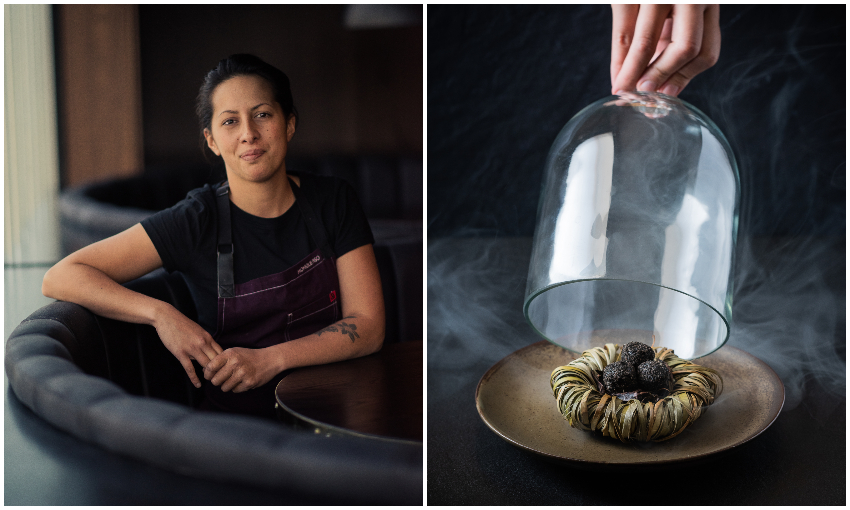 Many Wellingtons wistfully remember Martin Bosley’s white tablecloth fine-dining at the Port Nicholson Yacht Club. Now, the most exciting place to eat is Hiakai, helmed by Bosley’s protégé, chef Monique Fiso. My husband and I recently ate there for his birthday and were blown away by dishes inspired by Māori myth and legend, incorporating seasonal foraged New Zealand ingredients, and accompanied by delicious non-alcoholic drinks.

After a few summer seltzers at home on the deck, Wellingtonians in the know are heading to Night Flower, a new bar that’s so discreet even some reviewers can’t find it. You’ll find it upstairs at 55 Ghuznee St, just around the corner from 1154 Pastaria. Night Flower boasts great cocktails, secluded spots to chat and, on occasion, a few famous faces. 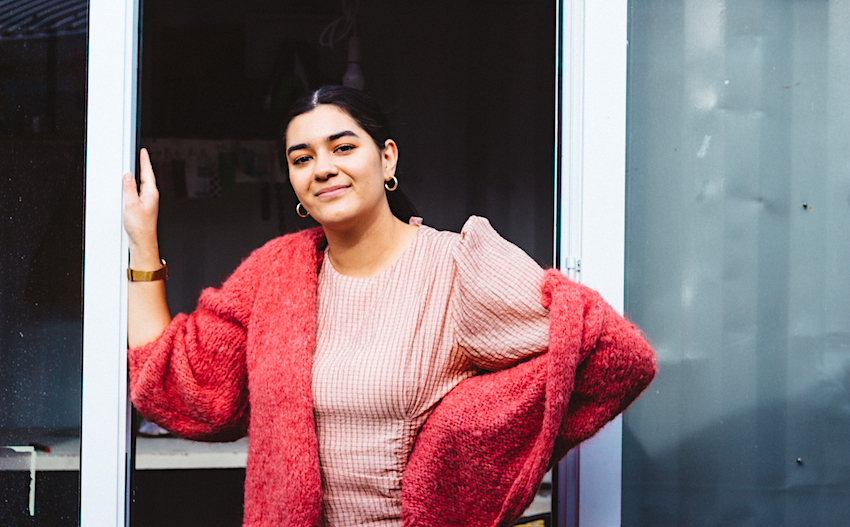 Instagram is more than a social network for Gen Z – it’s also their first port of call to find one-of-a-kind clothes. As a teen, I lusted for New Zealand designer brands I’d seen in Fashion Quarterly (RIP) like Karen Walker and Workshop. Today, the fashion scene is shifting to Instagram. Many young companies like Layplan are breaking the rules, selling direct to customers, and bypassing bricks and mortar stockists. Layplan’s Talia Soloa and Lavinia Ilolahia also make custom pieces, including a dress for superstar choreographer Parris Goebel to wear to an awards show in 2018.

Forget Homegrown, now it’s all about a new generation of music festivals like Downtown Shakedown, which kicked off the summer festival season at Waitangi Park earlier this month. For a more Woodstock-inspired multi-day experience, February’s Nowhere Festival is set to take the baton from millennial cult favourite Camp A Low Hum. If you want in, you’ll have to add your name to the waitlist – it’s all sold out. An honourable mention goes to Peachy Keen, a new all-female festival at the Basin Reserve this Easter. 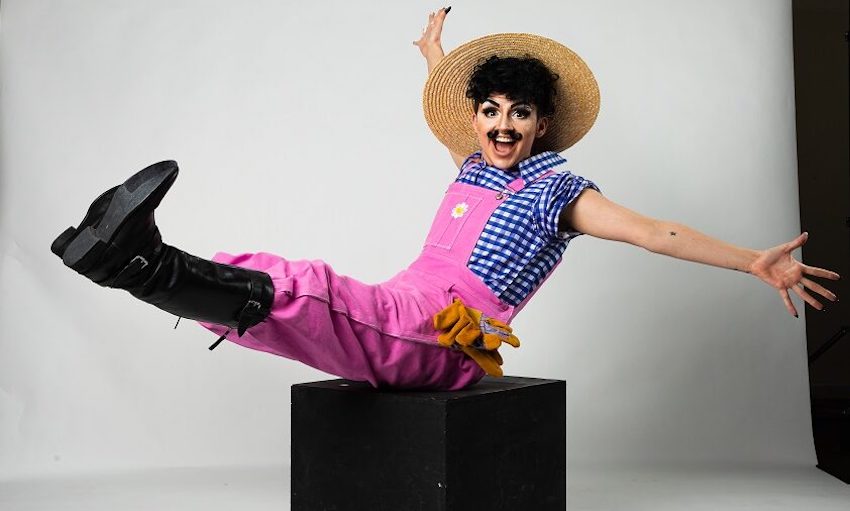 Ivy and Fringe Bar are the two glittery, underground venues that have given birth to a new generation of Wellington drag. George Fowler – transgender man, drag king (his alter-ego Hugo Grrrl was the winner of TVNZ’s House of Drag contest) and star of the recent sell-out kids show The Glitter Garden – believes being based in Wellington was critical to his success. “It could have turned out differently in a different place. Wellington, as a city, on the whole, is liberal and accepting. There is a culture here that you can be who you are.”

Two Wellington women took home the Westpac Women of Influence Award in 2020 – joint founders of Sharesies, Sonya Williams and Brooke Roberts. Their aim with Sharesies was to help make this generation the most financially empowered one yet – and judging by their platform’s popularity, which lets people invest for as little as one cent, it’s working. Sharesies has $950 million in investments and is hiring rapidly in the Wellington region.

Rumour has it that creative powerhouse Tāwhiri is working on funding for a new immersive theatre event for next year. If you’re wondering why this is so exciting, know that Tāwhiri were behind Second Unit, which last year created What Will You Do in the Shadows?, an interactive version of Jemaine Clement and Taika Waititi’s movie that became a raging success. Meanwhile, Van Gogh Alive – a multi-sensory experience that allows audiences to become immersed in the artist’s work through giant projections – is coming back to Wellington soon, after a sold out season earlier this year. An honourable mention goes to the Fringe Festival, returning to Wellington later this summer. 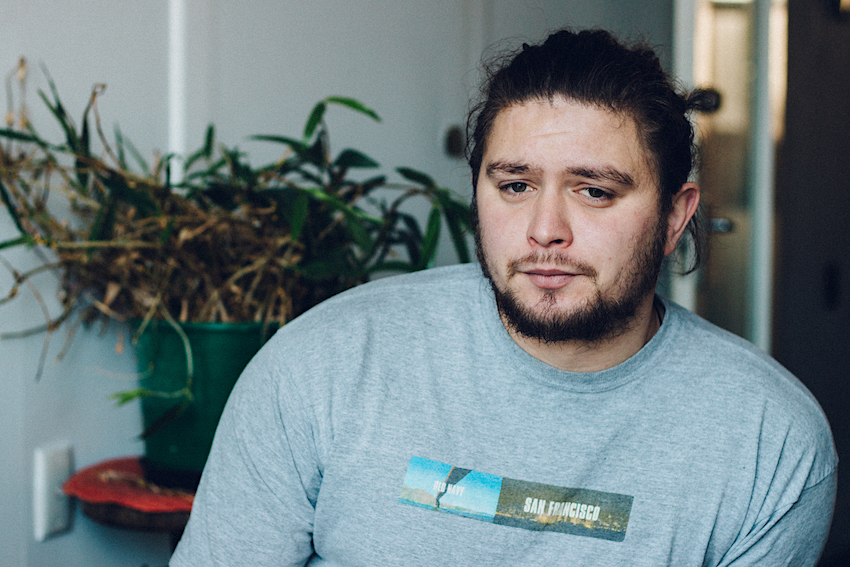 In JustUs, Naenae-born visual artist Chevron Hassett’s large-scale pixelated images of uniformed figures explore the media representation and lived reality of life as a Māori man in Aotearoa. “It’s mainly, firstly, giving a voice to the voiceless people and also creating bridges or access for other people who might not be as informed to have an awareness of what really happens in our country,” Hassett told Te Ao Māori News. “Hopefully these large works can allow people to feel the feeling that these men feel daily and bring some mana to them as well.” At Enjoy Gallery until February 13.

Lucy Revill is the author of The Residents: Made in Wellington, a coffee table book which celebrates 38 stories of local independent talent made in Wellington. It is available from Unity Books, Good Books and other book retailers, as well as The Residents website, where a version of this article first appeared.