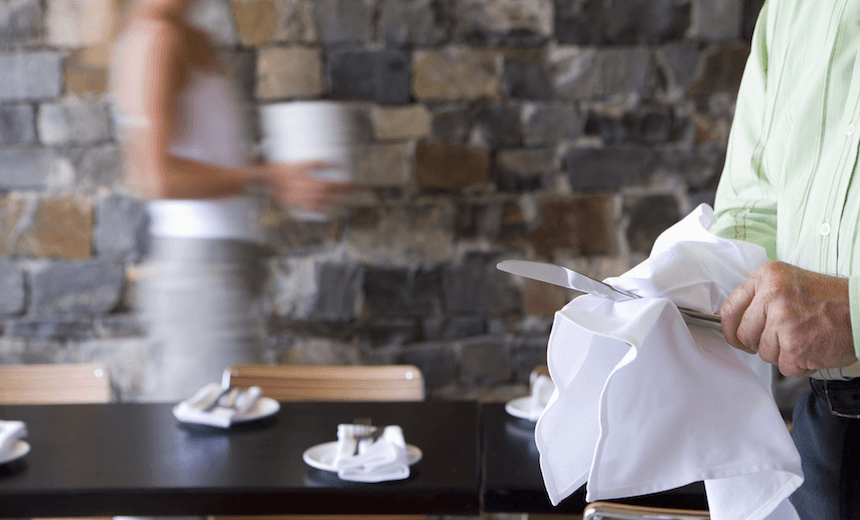 An honest day’s pay? How hospo workers are getting screwed by unpaid work trials

Young jobseekers complain they are being made to work long hours for free in hopes of securing a job that never eventuates. Chris Godfrey reports.

In January, Wellington student Maya Russell completed a trial at Leuven Belgium Beer Cafe in the central city, for which she says she was told she would be paid. Nearly four months later, she’s still waiting.

She says she was asked to perform a two-hour trial directly after her job interview on January 18. On the same day she filled out forms which asked for personal details and her bank details. She claims she completed two further shifts – one on the 21st for two and a half hours and another on the 22nd for one and a half – after which the 23 year old was told she wouldn’t be offered a job.

However, the bar’s owner Todd Hunter rejects Russell’s account. He says that if they had her details on payroll then she would have been paid. As to why she did not get the job, he says he has a record of Russell’s interview and her trial shift, which he says took place on the 20th, but no further details.

I asked the Restaurant Association’s CEO Marisa Bidois about unpaid trials. She says they continue to be common in the industry, for good reason. “It’s really hard to tell if someone has the right skill-set in an interview because it’s a hands-on industry.”

She says that trials are designed for employees to observe the business, though any unpaid trial should be only for one shift.

But her colleague Mike Egan, the Restaurant Association’s national president (and Wellington restaurateur) disagrees. There’s “no such thing as an unpaid work trial,” he says.

“You can’t just have people on trial and not pay them. Other businesses don’t do it. You wouldn’t go to work at a bank as a bank teller and they’d trial you counting money for a few hours.”

Whether unpaid work trials are ethical or not is a grey area – as is whether they’re legal. Ministry of Business, Innovation and Employment (MBIE) spokesperson Jivan Grewal says it’s reasonable for an employer to ask a potential employee to undertake a work trial as part of a job interview.

But Grewal says that if a worker were to do a full shift then that would likely cross into an employment relationship and the worker would have a reasonable expectation of being paid.

How many hours can an employer legally trial someone without payment? MBIE doesn’t have an answer for that.

In December, Shannen Mckenzie completed an unpaid trial with five others at Tuk Tuk Thai restaurant in Porirua to help prepare it for a Christmas function. The 18 year old was told the trial would be six hours – a full shift. She says there was no talk of pay.

While her trial included taking drink orders and preparing food, McKenzie says she was unhappy about the other jobs she was expected to do. “We got there and they assigned me and this other girl to clean all the wooden walls, sweep and mop the floor and set up all the tables.

“It was unusual, having to clean their walls as part of the trial.”

She says that it would have been different if her trial was for just an hour, enough time to ascertain whether she could carry plates or pour a drink.

After her trial, Mckenzie says she was sent a text message informing her she had not been given a permanent position but was offered a casual role. “I wasn’t really too keen on a casual position. It was a long trial all for nothing.”

Should workers get paid for trials? Yes, Mckenzie says, especially if it’s “long and hard hours”.

I put her complaints to Tuk Tuk Thai’s owner Daeng Neuang Keo. She says 13 young people, split over two nights, were asked to come in for a trial, of whom four were hired.

“In terms of [the complaints about] long hours, I don’t agree with that. The ones that work hard and prove to me that they can carry out what’s asked of them got hired.”

She says they trialled 13 people because they wanted to hire the very best for the job. The ones who didn’t get a job should “hold their head up high and carry on”.

Does she think the current laws around unpaid work trials are working? Not really. “There has to be a better ground where employers and employees are protected and have some understanding”.

If you’re thinking of refusing to perform a trial as part of a job interview process, be careful, says Labour Party workplace relations spokesperson Iain Lees-Galloway. An employer has the right to ask a prospective worker to do a quick task as part of the interview process.

“But anything that goes beyond that – working a half-day or a whole day or a number of days – amounts to employment.”

The problem, says employment law barrister Helen White, is that there isn’t a clear law on unpaid work trials. It depends on whether the person undergoing a trial is classified as a volunteer or is applying for a job.

The Employment Relations Act (2000) states that a volunteer must not be paid or expect payment. So if a worker on a pre-assessment trial is promised pay or is paid then they could be considered an employee instead of a volunteer, and reasonable grounds for dismissal would have to be made.

Unite Union national president Mike Treen says that while the Employment Relations Act doesn’t include specific provisions regarding unpaid trials, there is case law on the issue. “A judge made a decision that if you do any work that is involved in preparing anything for sale, then you have to be paid.

“The case law is that ‘pre-employment assessment’ should test only the skills applicable for the job. Employers are at risk of creating an employment relationship if the work has an economic, operational or other benefit.”

White backs that up. “If an employer makes money from that person on the trial directly or indirectly then that person would have an expectation of getting at least the minimum wage.”

Over the course of her career, Auckland hospitality worker and workers’ rights advocate Chloe King has completed around 20 unpaid trials, often with no job at the end of it.

“When you don’t get the job, they don’t tell you, they don’t call you, that’s just how it works.” she says. “It does erode your self-esteem. It is a knock, especially for young workers.”

She believes that in many cases unpaid trials are simply a way for business owners to get free labour. “We’ve got no real strong union ties, no representation, so hospitality workers just think it’s normal.

“We have nothing to fall back on. [By necessity] we’re completely compliant, so if a three hour trial goes on to six, seven or eight… being really desperate for work [makes you] easy to exploit. That’s why people don’t say anything.”

If you think you’ve been unfairly asked to perform an unpaid work trial, contact MBIE. They can investigate the claim and offer a free mediation service. If the issue isn’t resolved you also have the option of taking a claim to the Employment Relations Authority.