Every morning I wake seven times and every waking is worse than the last. For a few seconds – and it is only seconds – I am conscious while every part of my brain and body wants to not be. In those few seconds, I turn off the alarm whose blare (currently a traditional ringtone to frighten me into thinking someone is calling me) has yanked me from the abyss. I have exactly one fleeting thought that my day has begun, before sinking back into the darkness.

This happens at least another six times in five minute increments until I’m late for work.

When I was 10 I shared a room with my older sister and our room shared a wall with our 19-year-old brother’s room. At least twice a week we fell asleep to the bone-trembling vibrations of Kanye West’s The College Dropout album. The other nights we spent hours acting out scenes from Footloose in the dark (my sister’s idea of fun) or reading silently under the covers until 1am (my idea of fun). Whatever it was, there was no such thing as an early night, and no such thing as an early rise. This cycle continued until I left home and moved to Auckland for university, where there was no one to wake me up. Any lecture before 10am was not attended by me.

All this is to say that I can’t wake up. I excel at falling asleep. I can sleep quite literally anywhere, including in the aforementioned lectures. I’ve never felt more at home than when I went to Japan in 2019 and saw commuters sleeping standing up on the train. And once I’m asleep, I sleep well. That is my privilege: being able to sleep for hours at a time, entirely undisturbed. But then it’s time to wake up and I just can’t. Wake me up when September ends

Sleep inertia is the transitional state between sleep and wakefulness. It’s that moment when you wake up from a surprise nap and don’t know where you are. For some, the moment is fleeting and wakefulness settles in as it should. For others, a sense of grogginess and impaired performance can persist for hours. For me, it’s the otherworldly gravitational pull to return to sleep. I’ve tried everything; the sleep apps didn’t work because the moving soundscape was never loud enough until it was suddenly blaring, like my regular alarms. I read that you should set an alarm 90 minutes before you actually need to wake up, to reset your sleep cycle and make your actual alarm occur when you’re not in a deep sleep. It didn’t work. Turning on my reading light would hurt my eyes and jolt me awake but it only took a few seconds to adjust and go back to sleep. I’ve become so accustomed to not being able to wake up that if I have an early flight, I either don’t sleep at all (and then pass out on the plane) or sleep on the floor with all my bedroom lights on and five alarms set (and then pass out on the plane). Mandatory masks on flights have been great for me and my fellow open-mouthed sleepers.

When I became a contractor last year, I tested out starting my day later (without sleeping in entirely every morning) and found that I could have a fully productive day while also waking up comfortably at 9:45am. Clearly my circadian rhythm isn’t set to regular office hours, and I’d do a lot better working a late shift. But the world doesn’t work for night people, so when I became a nine-to-five employee again in July, I returned to my morning routine of waking with a fright multiple times to start my day. At this point I’d resigned myself to the fact that, barring disaster, I’d continue to have a terrible time waking up for many years to come. Interestingly, the two times in my life when I’ve been genuinely stressed to the point where most people stop sleeping altogether, I simply started waking up with my first alarm. It was quite a nice silver lining actually.

Everyone has their issues with sleep, and mine was being too good at it.

This all changed when I got a sunrise lamp. When you hear ‘sunrise lamp’ you might be thinking of the projector lights that are all over Instagram ads. This is not that. These lamps are much uglier and actually serve a purpose beyond making a nice shape on the wall.

I bought it in the interests of trying out all the options before giving up, but my expectations were on the floor. Why would a lamp wake me up when I can sleep soundly under full stadium lighting? The lamp (I’m not even going to say what specific type it is because they all do the same thing) works as an alarm clock but instead of sound, it’s light. There are optional sounds like birds chirping if you want to feel like you’re camping, and trickling water if you want to piss yourself. But I opted for silence. Let the light do the work, I thought. If you’re so great, wake me up on your own.

It did. My first conscious thought the morning I debuted my sunrise lamp was red. My eyes were closed but I could sense brightness. When I opened them, I was staring directly into my afterlife. Bright white light filled my vision from six inches away. The lamp was working too well. I’d set it to the highest brightness and a short (30 minute) lead-in time because I was cocky, alright. And now I was seeing sounds and frantically slapping the face of it, trying to turn it off. I succeeded, my dungeon room plunged into darkness again, and within 10 seconds I was fast asleep. 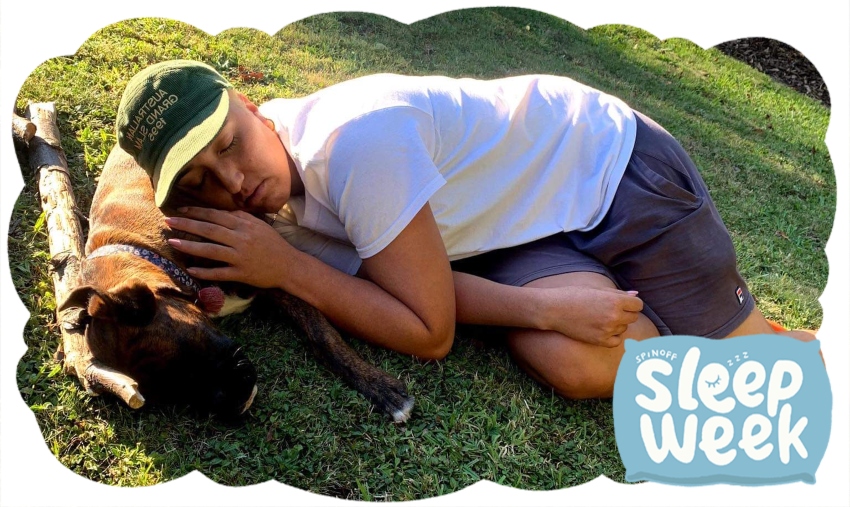 Nature’s sunrise lamp, if you will

The next night I adjusted the settings. Not so bright, with a longer (60 minute) lead-in time. Meaning the lamp would turn on at 7am very dim and slowly brighten until it was at my preferred setting at 8am (by which time I’d ideally have woken up). I still set four alarms for safety but I needn’t have. At 7:50am I opened my eyes to a pleasantly lit room, and for the first time in as long as I can remember, they stayed open. There was no struggle cycle of being jolted awake every few minutes by a full volume ‘presto’ or ‘radiate’ alarm noise; no rush of fear that I’d snoozed one too many times; no exhaustive swim through the molasses of my inertia in order to be conscious. I just…woke up.

Now it’s all I think about. The sun rises and sets with my sunrise lamp (note: I thought “the sun rises and sets with her” was a common saying but turns out it’s just a line from Michael Mann’s 1995 masterpiece, Heat). I’ve had my sunrise lamp for 10 nights and I don’t want to speak too soon (I absolutely will), but I think it’s changed my life. Even when I go to sleep later than usual, I wake to the light and don’t feel as if I’ve been dragged through a black hole to get there. This morning I had to wake up an hour earlier than usual, something which would typically have me preparing to struggle with my sleep demons for a good 45 minutes. Instead, I changed the time on my lamp and woke up peacefully at 6:45. Who even am I?

Still someone that falls asleep at the drop of a hat and would rather wake up an hour later every morning. But thanks to my sunrise lamp, every morning I wake up once and once is enough.