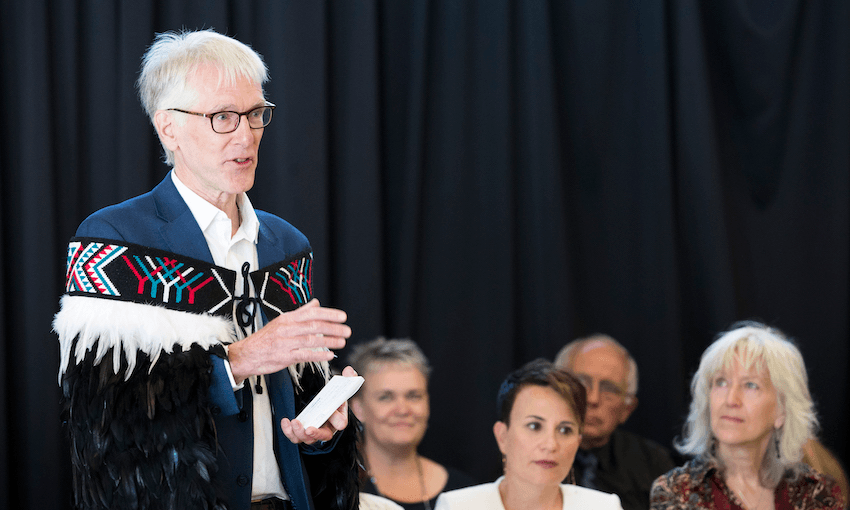 The dangers of ‘one of us’: The Chief Human Rights Commissioner on othering

A recent Dominion Post column attacked British-born Chief Human Rights Commissioner Paul Hunt as not ‘one of us’. It’s a phrase we should all feel uncomfortable with, writes Hunt, wherever we come from.

Not long after I took up office as Chief Human Rights Commissioner, a newspaper columnist complained that I am not “one of us”.

In super-diverse Aotearoa New Zealand with its more than 200 ethnicities and 160 spoken languages, who is “us”?

And who defines “us”?

However defined, it is dangerous to view society as some people who are ‘us’ and, by implication, ‘others’ who are separate and alien.

This vision of society is inconsistent with equality, non-discrimination, respect for diversity and a multiculturalism which is grounded in Te Tiriti o Waitangi. It undermines inclusion and promotes exclusion.

‘Others’ tend to include new immigrants, residents and citizens. They are often ethnic and religious minorities. They may also include tangata whenua and Pacific peoples. There are exceptions, but these ‘others’ consistently fall behind in a range of socio-economic outcomes. Some of them are regularly subjected to discrimination and abuse. Among them, there are additional layers of disadvantage for women, disabled people and sexual minorities. The two most common areas of complaint received by the Human Rights Commission are race-related and disability discrimination. Many discriminatory incidents are unreported.

‘Othering’ me – that is, complaining that I am not “one of us” – is of no consequence because I enjoy numerous advantages, such as ethnicity and gender. But ‘othering’ disadvantaged individuals and communities is dangerous because it reinforces their vulnerability, makes them feel unsafe, and exposes them to more abuse.

Moreover, ‘othering’ can lead to demonising.

And demonising can lead to the mass murder of peaceful people at prayer.

In 2000, the government commissioned me and three colleagues to undertake a review of New Zealand’s human rights institutions. In 1998, the National-led government nominated me to an independent UN human rights position. In 2002, the Labour-led government supported my candidacy for a similar position. Both posts were voluntary.

Lured back to Europe by an employment opportunity in 2000, I have visited New Zealand every year, for weeks or months, to write, give talks and spend time with whanau. Last year, my wife and I relocated back to New Zealand.

Does all this make me “one of us”? It should not be necessary to ask.

But if someone declares I am not “one of us” it means that, in their worldview, many thousands of New Zealand immigrants, residents and citizens are also not “one of us”.

‘Othering’ on that scale diminishes and threatens our multiculturalism.

As someone who is new to the Chief Commissioner role, I have taken as many opportunities as possible to listen. I’ve heard that poverty is a recurrent concern; it’s also a crucial human rights issue.

I want to hear from those with lived experience of poverty and widening social and economic inequalities. So, colleagues and I visited the Corstorphine Community Hub in Dunedin, Tuwharetoa Health, Education & Social Services in Kawerau, and Habitat for Humanity in Rotorua.

During the Rotorua visit, we met a widow whose children suffered from serious health issues made worse by their damp cold home. (She now owns a new home thanks to Habitat for Humanity and her own toil and investment.) In Kawerau, we met a reformed dad who is not allowed to see his children and is made to feel like a criminal when he deals with the authorities. We also learnt about a flax-roots initiative which has dramatically reduced the suicide rate in the community.

The overall impression was of proud individuals and communities, precarious and raw, living on the edge.

Our ‘listening visits’, as well as other consultations, will enrich the planning process for the Human Rights Commission’s future work. In this process, we are asking difficult questions like: how can we convey that human rights are based on shared values like fairness, decency, dignity and equality?

How can we make human rights relevant to the practical realities of everyday lives throughout New Zealand?

How do we convey to national and local officials that human rights can make a practical contribution towards the effective delivery of policies which aim to enhance wellbeing?

Consistent with the Universal Declaration of Human Rights, as well as the Convention on the Rights of the Child, the commission will not only focus on vital civil and political rights such as freedom of expression, but also on important social rights, such as the rights to a decent home and accessible education. The commission has tried this before and we need to build on those foundations. Should we also work on the right to a healthy environment?

Our overarching question is this: how do we refresh human rights for modern times?

No ‘othering’, no barriers

Across all my human rights work, I have always sought to be non-party political and non-sectarian. This might be the influence of Quakerism and its call for dialogue and peaceful reconciliation. In the 1980s, I worked for Quaker Peace and Service on its Israel/Palestine programme, and Quakerism continues to inform my thinking.

Later I worked for a London-based civil liberties organisation which had an all-party parliamentary group encompassing libertarians and social democrats.

Perhaps this explains why I am alert to ‘othering’.

Talking about some people as being “one of us”, and implying that ‘others’ are alien, places a barrier between communities.

What is needed is support, dialogue, friendship, respect, acceptance of diversity and recognition of human rights for everyone.

The ‘other’ road is fraught with danger.