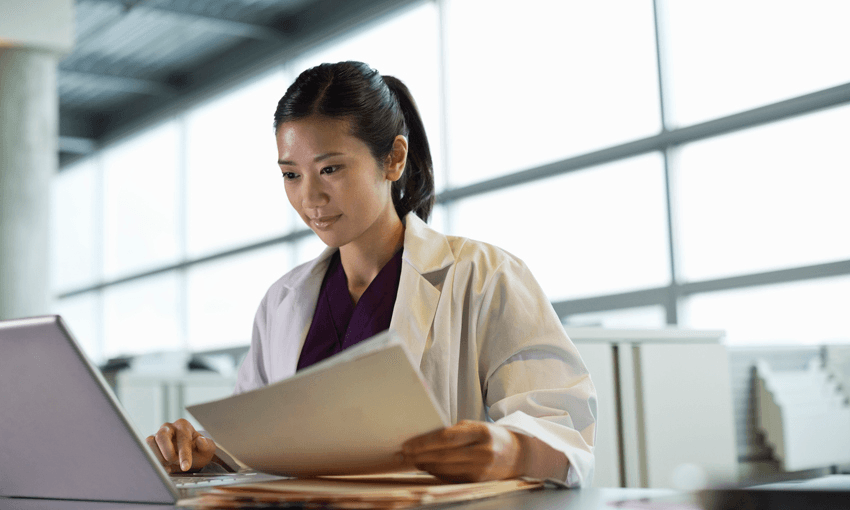 Trainee doctors travelling on the taxpayer’s dime? It’s not as bad as you think

There’s been outrage since it was revealed that up to one in five final year medical students at the University of Otago falsified their overseas placements by spending portions of that time travelling instead. But GP registrar and former Otago medical student Toby Hills finds himself empathising deeply with his younger colleagues.

One of the worst days of my life was halfway through my medical elective. It began passably: six weeks of surgery in Alice Springs in Australia, which could have been terrific except I visited in December. Varied, complex surgeries tend to be pre-planned and those don’t happen over the holidays. All I saw were appendectomies and boils.

The plan was a further six weeks of paediatrics at York hospital in Northern England. For months I had liaised with an administrator from the hospital. It turned out he never bothered to check if my placement was, well, allowed. Had I made it into England I would have been roaming that hospital illegally without the proper visa. After 18 hours at Heathrow Airport, starring in my own agonising episode of Border Security, my fate was determined. My sheltered, privileged derrière was shipped back to Melbourne like the foreign parasite I was. Before this I’d never travelled further than Dream World with my mum.

Queen Elizabeth is printed on our money. Imagine the surreal situations final year trainee doctors (trainee interns, or ‘TIs’) find themselves in on sojourns to non-English parts of the developing world. For weeks, the media have treated my future colleagues like a gangrenous foot. These TIs are entering a career where half of all men and two thirds of all women experience burnout and one with surprisingly high suicide rates. At a time where we face a horrifying shortage of GPs in our vulnerable communities, we’ve fallen into a witchdoctor-hunt.

Much of the outrage fixates on the $26,000 TI grant. From the media coverage, you could be forgiven for thinking this money is specifically to fund that 12-week elective. It’s not. When I went through Otago medical school in 2015 a TI was no longer known as a “medical student”. Senior doctors generally stopped asking the patient’s special permission for you to assess them. Why would they? After you pass your final medical exams in fifth year you become a mildly useful asset in your final year. A contributing member of the team.

Imagine a TI spends their entire 12-week elective holidaying. In reality, many interns that falsified their placements did spend large portions of their electives legitimately, but imagine they didn’t. Dividing this grant over the remaining 40 weeks is roughly $670 cash-in-hand per week. Minimum wage is $603. A TI that galavants their entire elective effectively gets paid just over minimum wage for a role that requires you to a) be admitted to perhaps the most competitive course in the Southern Hemisphere, b) undergo five years of intensive tertiary training, c) pass your final medical exams.

That’s after paying $16,000 in yearly university fees. I graduated in 2015 and my loan balance just recently snuck under 100-grand. These TIs aren’t robbing the taxpayer to any meaningful extent.

I told my embarrassing tale of a signed-and-sealed, bona fide, rubber-stamped elective to illustrate that the concept is fundamentally and irremediably unregulated. A university can’t ensure its students achieve a satisfactory healthcare experience thousands of kilometres away. Back in New Zealand, I cobbled together a general practice attachment based around the corner from my parent’s house. Over three months I saw plenty of abscesses and the worried-well of a mostly white, suburban general practice. Did I really have a more valuable experience than somebody that spent six weeks in a bustling tropical hospital, witnessing an array of unfamiliar pathologies, and then spent six weeks travelling and immersing themselves in a foreign culture? The latter is no small task. We tend to consider cultural sensitivity as a particularly desirable trait in doctors.

The length of time somebody spends in one location is, in isolation, an absolutely rubbish metric for judging the quality of an educational pursuit.

It’s impossible to know what waits in store until you arrive. Maybe you’re greeted (or more likely, not) by hostile doctors that have no interest in teaching you. A quiet hospital might have no work left after 10:45 am. The language barrier may be impenetrable. What if you aren’t learning anything after a month? Most would consider telling the medical school. Quickly you realise that if you do, they might deem your elective insufficient. Risk them rushing you back home to do the exact sort of work you’d be doing for the rest of the year regardless. You fear you may have to redo your elective. Delay graduation for a quarter through no fault of your own. In that situation, could you argue that it might be the more logical, grown-up thing to do to just go travelling?

Imagine you find yourself in a Central American hospital. You pay a fee. Some administrator scrawls something to certify your attendance and promptly shoos you away. This hospital takes money from elective students from all over the world but refuses to host them. You had no idea. You want to stay, but they won’t let you. You’re screwed. You’re stuck. You’ve bought your flights. Purchased accommodation. Had your yellow fever jab.

It’s the same conundrum, but a hundred times worse. This time, calling home jeopardises anyone else that’s been put in the same impossible situation. Oh, and by the way, you’re 22 years old in this hypothetical. Perhaps you’ve never been outside Australasia before. Can these tutting professors honestly say that, in those boots, they wouldn’t just backpack for a couple of months?

This raises a question: If an elective can be so crap, why bother with the hassle?

Because it’s precisely this dysregulation and unpredictability that allows the magic to happen. Remember, most TIs complete legitimate electives. Many of those have inspiring, transformative experiences. The elective becomes the hand that steers them into their future careers. If we limit this freedom, we risk erecting palisades between our medical trainees and the healthcare environments that most inspire them. The subdisciplines that engender the most passion.

I wonder if, deep down, the University of Otago understands this nuance, which is why they never enforced things that strictly. TIs are adults, and within reason, we trust adults to pick their priorities. The hours in one’s life are finite. Sometimes it’s a better use of those hours to skive off from a non-valuable hospital placement to go meet a Tinder date in the Czech Republic. Impulsive journeys can be our most formative experiences.

Obviously, you shouldn’t falsify documents. Nobody would argue that. Although I’ve spent this piece minimising the actions of these future-doctors, I do believe that anybody who spends more than 40% of their elective travelling is taking the absolute piss. That doesn’t change the fact that the psychology that drove these TIs is excruciatingly understandable.

After my rejection from the Northern Hemisphere, my Etihad flight stopped over in Abu Dhabi on the way back to Melbourne. I had the option of sticking around in the UAE for a couple of days and then heading to continental Europe relatively cheaply to go travelling instead. I chose not to.

To be 100% honest, I’m not convinced that was the right call.