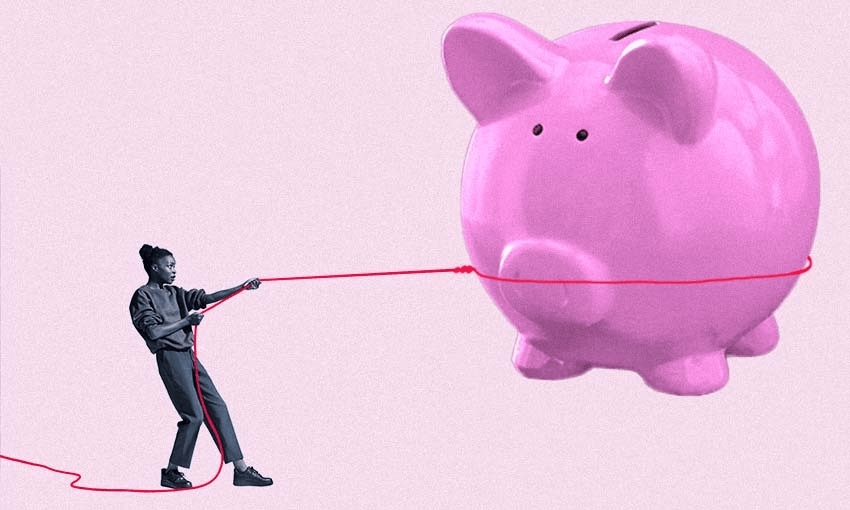 There’s an excess of advice out there for people who struggle financially, but how much of it is actually useful? Naomii Seah unpacks the reality of living with financial insecurity.

When I moved out of my flat in Dunedin, and my landlord charged me $200 for a faint coffee stain on the old, threadbare carpet he had said he was going to replace when I moved in, I cried.

I cried because I felt powerless.

Last week, Newshub published this article, which cited Tony Alexander’s report “How to handle a high cost of living”. The most popular suggestion was to “stop buying cafė coffees”. Other suggestions included buying in bulk, walking distances “less than 8 km”, and to stop buying take-out.

“Articles like this are written in a way that assumes a pre-existing amount of privilege,” notes Caitlin Gibb, who spent much of her childhood in the low-socioeconomic bracket. “If you’re really, genuinely struggling to make ends meet, you’re doing [those things] already.”

“None of [this advice] is helpful,” she adds, noting that articles like these frame low socioeconomic people as being irresponsible with their money, further stigmatising an already struggling group. “How can you save money if you can’t even afford your rent bill?”

Zoe Pholi, a masters student in Christchurch, agrees. She jokes that since she already does those things, “I should be well on my way to owning a house at this point!” As it stands, after all her bills (even as a single student with no dependents to support) Pholi often, at best, has $50 to put aside at the end of the week.

“The reality is, if you’re on a WINZ benefit or if you’re a student or even if you are on a low-paid, part-time job and you don’t have steady work, you can’t plan for emergencies.”

This has huge impacts on living security as when those emergencies do happen, “you have nothing”. Emergency situations aren’t predictable, and it only takes one or two events to put someone in the red. Pholi speaks from experience. She’s recently decreased her already tight weekly necessities budget so she can save for future costs.

Gibb is also familiar with how low income affects living security. As a minor, her single-income family had to move houses frequently due to rent increases. At every house, they had boarders. But it still wasn’t enough. She remembers her mum having to choose which essential expenses to pay, or borrowing sums from those around her to make ends meet in emergencies.

Gibb remembers her family being evicted, and a two-year period where her mum and two siblings were taken in by their father at his small rental property. Her mum slept on the living room floor. At times, they had to ration food.

“I would have to put up with a constant low level of hunger,” says Gibb, “because I knew it was better to be a little bit hungry today, than to have nothing at all the next day.” It impacted her performance at school, and her ability to focus. “Thankfully it was a short-term thing for me,” she acknowledges, adding that receiving a scholarship was the only reason she was able to go to university.

The list of financial tips also suggested limiting takeaways or dining out.

“It’s quite dehumanising,” notes Gibb. “It should be a fundamental right to be able to not only survive, but live, and treat yourself to nice things occasionally.”

“It has [a] profound impact on mental health,” she says, having restricted her food budget in order to afford a book, or a video game – “something to keep me sane”.

Gibb also remembers times when she’d spend that much-needed $5 at a café, with a friend, because “[I was] getting out of the house. I was seeing people and socialising and doing something nice for myself.”

And often, financially insecure people do deny themselves these activities out of necessity. “It’s very isolating to not have money,” says Pholi, “because everything you do is just an effort to hold onto the money that you have… it’s a constant low-grade humiliation.” Pholi has been forgoing social activities for months, existing in what she calls “survival mode”.

“[It’s] really hurt my social life, it hurt my mental health,” says Pholi. And when one’s mental health is down, she notes, the drain on your resources, and your ability to work, budget, cook home meals, apply for benefits, and to function in general, decreases too.

Personally, I come from a migrant family. I recognise echoes of my parents’ journey in Pholi and Gibb’s stories. My dad worked seven days a week when I was a child, putting in overtime and going to night school to ensure his trade qualifications were up to date. My mum worked in a factory, also putting in overtime. As a result, I was often left at home alone from a young age.

My dad tells me he regrets missing my childhood, and I remember my parents fought bitterly. As a student, I worked in exploitative jobs over summers when my Studylink income vanished. I put up with verbal abuse, sexual harassment, long hours, and illegally low wages. But at the end of the day, I’m privileged to be where I am.

It’s a familiar story for anyone who’s ever struggled with financial issues – and that will be many of us. When money is tight, the first thing to go is mental, physical, social and emotional health. So it begs the question: why are we still perpetuating this simplistic narrative about financially insecure people? Why are we still pretending that everything will be fine if only people stopped buying takeaways? And why is it so wrong for them to want to buy takeaways, or a new book, or a coffee, or to have spare time to spend with their friends and whānau?

Most importantly, low-socioeconomic status people are still waiting on the answer to the question Tony Alexander sets out in his report. We still don’t know how to handle a high cost of living, because our financially insecure whānau are still suffering. Until we ensure equity and financial security for all in Aotearoa, it won’t matter how much café coffee we don’t buy.