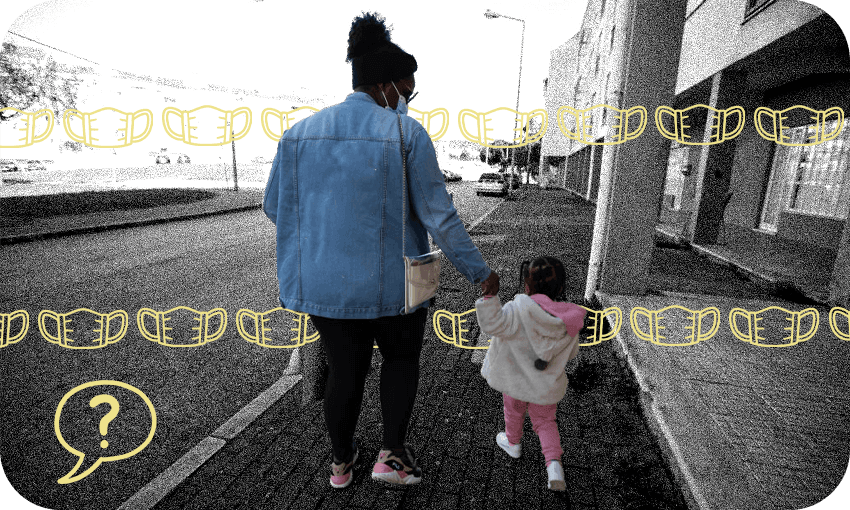 Parents of immunocompromised children are anxious about protecting them when many Covid restrictions are eased in the next fortnight. (Photo: Getty Images; additional design: Tina Tiller)

Parents of vulnerable children angry at easing of Covid restrictions

Parents of immunocompromised children are anxious about protecting them when many Covid restrictions are eased in the next fortnight. (Photo: Getty Images; additional design: Tina Tiller)

Within a fortnight, many Covid restrictions will be ditched. But for two parents of tamariki who are particularly vulnerable to getting very sick from the virus, the government’s decision adds yet another layer of pressure in protecting their own.

Anger is what Kelly* feels – anger at New Zealanders who she feels have chosen their own freedoms over helping protect her eldest son, who lives with cerebral palsy. The government’s decision to scrap within the fortnight many Covid-19 restrictions, including most vaccine mandates, vaccine passes and contact tracing through the scanning of QR codes, may have been inevitable, but it’s come too soon, says the west Auckland mother of four.

Sarah*, meanwhile, says she’s already tired from having to constantly assess the risks of contracting the virus against simply letting her three sons live their lives. Her 19-year-old has lupus, a long-term autoimmune disease that orders his immune system to attack his body; her 16-year-old has type one diabetes, another autoimmune disease that wreaks havoc with his insulin-making cells; and her youngest is four years old, too young to be vaccinated. Her whānau had to think of those vulnerabilities before the pandemic hit but, as contracting Covid could have dire consequences for them, “now it’s more at the forefront”, she says.

Parents of immunocompromised children will soon have one more factor to consider when a set of changes to New Zealand’s Covid-19 Prevention Framework, which prime minister Jacinda Ardern announced yesterday, come into effect. From 11.59pm on April 4, vaccine passes will no longer be required. Outdoor gathering limits will be ditched ahead of that deadline, and indoor gathering restrictions will increase to 200, in time for this coming weekend. QR code scanning will be scrapped at midnight this Friday, March 25. Along with passes, vaccine mandates will be dropped for education, police and defence force workers – and for staff of businesses that have until now had to use vaccine passes, such as hospitality. Businesses remain free to keep sighting vaccine passes, but it’s no longer legally required. All these changes apply to the current “red” Covid setting.

The changes were expected, say Kelly and Sarah. Both understood they were inevitable but they would’ve preferred the number of Covid infections to have decreased substantially before restrictions were eased – currently, daily new case numbers are still hovering around the 20,000 mark. And both parents can’t wrap their heads around scrapping vaccine mandates for the education workforce, especially those teaching in early childhood education centres, where children aged under five, some of whom may be immunocompromised, are not yet old enough to receive a paediatric Covid vaccination. “I understand it has to change but some things are just too important to change right now,” says Sarah. “And who’s said there’s not another variant around the corner?”

Kelly, whose 11-year-old son was diagnosed at age four with cerebral palsy, a physical disability affecting his movement, feels for adults living with disabilities too. “It’s not easy and the world is not the most accessible of places, but then you add this on top of it and my heart really goes out to them,” she says. What upsets her most is seeing on social media people wearing “I trust my immune system” badges. “It should basically just be a badge saying ‘I’m an asshole’,” she says wryly, “because [it says] ‘I couldn’t care about anybody else who can’t trust their immune system’. It’s incredibly disheartening.”

Immunocompromised families don’t get to live their lives on autopilot as others do, says Sarah. “You have to keep asking the same question – ‘is this worth the risk?’ – for all the little things you do.” Her two teenage sons have needed to take more days off from work and school this year to care for their mental health because it is draining to constantly assess danger, she says. “They’ve already missed out on a lot of stuff because of their health issues and we don’t want them to miss out on more, but you just have to weigh up everything, every day.”

Kelly made it through the first two lockdowns assuming her eldest son was immunocompromised, based on information that suggested people living with disabilities were at higher risk of becoming very sick if they contracted Covid. But it wasn’t until she tried to get the boy his first Covid-19 vaccine dose early that his developmental paediatrician told her he wasn’t considered immunocompromised. Regardless, children with cerebral palsy are considered to be at higher risk of becoming very unwell with Covid. Having given birth to her son prematurely, watched as he was on life support for two months, and carried around an oxygen bottle in his first few years, Kelly’s continued to take precautions, although her son’s first vaccination alleviated some of her worries. “I didn’t have to live like a complete hermit, which is how I lived when he was a little baby,” she says. “I had to shut myself away for winter.”

She asks whether the most vulnerable are “allowed to have choices? Are we allowed to say ‘actually, I don’t want somebody [unvaccinated] working with my child’?” For Sarah, it’s troubling the vaccination mandate, which the education workforce has largely respected, will disappear. “How can you learn if you don’t feel safe?” she asks. Schooling shouldn’t be another decision parents have to make. Scrapping the mandate sends a clear message that “people will care but only for a certain amount of time”, she says.

In the meantime, both mums will continue making the best decisions for their whānau – Kelly says her gym will be reopening to everyone, regardless of vaccination status, so she’ll be cancelling her membership. Ensuring her kids receive the same treatment that others get is a fight Sarah will continue to pursue. “Just because they need to be accommodated a bit more, that’s what we should do as a society, look after our weakest members,” she says. “It’s horrible to see no space being held for them.”

*Names have been changed and surnames and identifying details have been withheld to protect privacy.