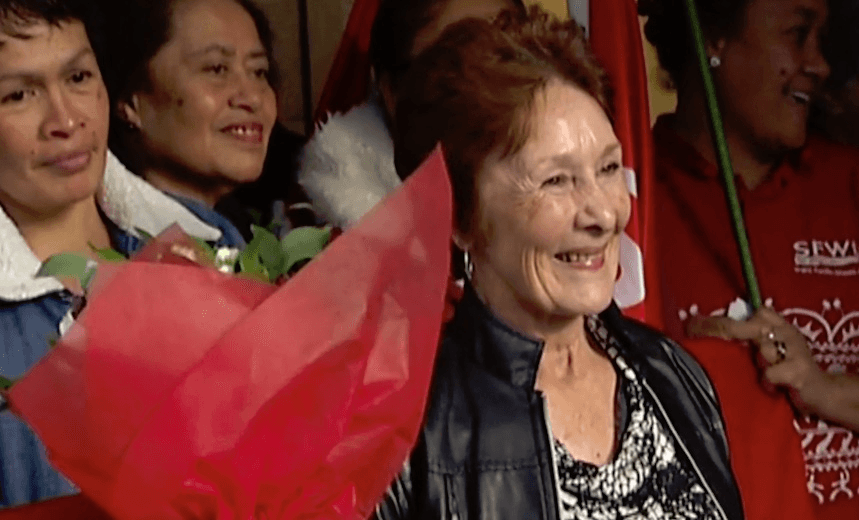 After the equal pay decision, joy – and anxiety – from care workers who missed out

Last Tuesday it was announced that workers in aged and disability residential care and home and community support services will receive pay rises between 15 and 50 per cent, depending on qualifications and experience.

The pay rises are to kick in on the first of July this year and those affected will earn at least $19 an hour. For a full time worker this will be at least an extra $5000 a year, according to Health Minister Jonathan Coleman. The news was widely met with elation – even claims, at a stretch, that this government is more feminist than we thought.

However, many mental health workers are worried staff will leave in “droves” come July when the settlement kicks in, seeking better paid employment in the narrow tranche of care professions to which it applies.

While the settlement covers intellectual disability workers, it excluded mental health workers, who can work for as little as $17 an hour in challenging conditions. It also doesn’t cover nurses, occupational therapists or social workers.

A residential mental health worker who looks after men with complex needs, and who wants to remain anonymous, says “most staff I work with are paid under $17.50 an hour for extremely challenging 24/7 work.

Mental health isn’t the only profession that needs better pay and the task of prioritising who gets what, and when, is going to be tedious – if the government even allows it. Many mental health workers are paid a living wage but work well above 40 hours a week, in an extremely stretched capacity. There are still many roles such as those in daycare – typically held by women who are on absolute minimum wage – which will need to be looked at.

The equal pay decision for the disability sector is a big step forward, a victory that has been overdue for hardworking rest-home and residential caregivers. Mental health staff want to be happy about the settlement but are concerned about losing staff seeking higher pay.

“It takes special people to dedicate themselves to a career where they support others that are mentally unwell,” says the residential worker. That dedication will be sorely tested by the lure of higher wages and better hours in the aged care sector.

The settlement means that aged care workers will be able to reduce their hours – usually around 50 a week – and spend more time with their families.

“This is what the fight has always been about. It will create more jobs as staff reduce hours. Unfortunately the Ministry of Health has excluded all mental health funded staff and programmes.

“Remuneration in health will never be wonderful, but it frustrates me that yet again mental health in New Zealand is purposely ignored.”

A Ministry of Health spokesperson confirmed were mental health services were excluded from the agreement but noted that care and support workers providing services to dementia patients will receive wage increases.

When asked why mental health was excluded the spokesperson said: “That’s what was decided by settlement parties as part of their confidential negotiations over the past 20 months.”

A spokesperson for the Public Service Association union says mental health workers will be included in the next equal pay campaign.