Linda Burgess, who has just spent a fortune on a ball of fluff, reflects on the animals who have left paw prints on her heart.

I don’t come from a particularly animal-loving family and when I was five or six I had to argue persuasively, plead even, to adopt Rastus (yes, names for cats go in and out of fashion). My friend lived on a farm and her dad was just about to chuck Rastus and his unwanted siblings, born to a stray cat in their tractor shed, into the river. It was common practice. They were to be put into a sack with a couple of bricks and that was that problem dealt with. My little heart bled.

Rastus, whose short coarse coat was a blotchy mix of dirty brown and dingy black, wasn’t one to show gratitude and over his few months with us repaid our family with feral hissing, multiple scratches and the odd dose of ringworm. If alive today, he’d never have made it onto Facebook. When I came home from school one day to be told almost convincingly that tragically Rastus had met his end under the wheels of a car, I sobbed theatrically rather than completely honestly. Weekly cost: nothing much. The butcher used to chuck in scraps.

Putch was next. When I was 10, Dad was promoted to manage a bank in a new town and we were to live above the bank. The bank manager vacating both the job and the house asked if we’d mind looking after Putch just for a week or two. One day, months later, I came home from school to be informed – and my parents did it sensitively, they had pleaded to keep him – that Putch’s “real” family had, without notice, come to claim him. Putch was a solidly built, languid, soft-furred old tabby who happily spent his life asleep on my bed and this time my tears were real. Cost: as above. 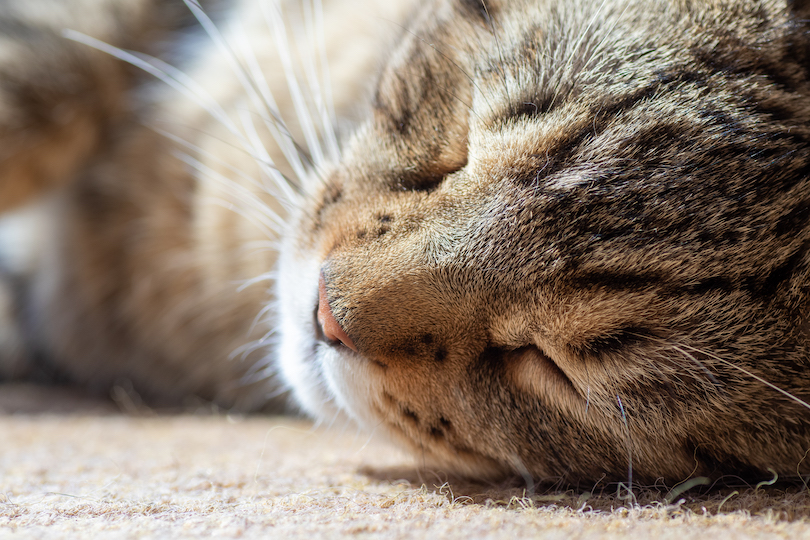 Kimba, a ball of fur given to my younger sister by some smitten boy. Pale red fur, resembling the colour of my father’s hair when young. A chinchilla pinkie rumoured to be somewhere in his genes. Sister left home, so all four children now gone. Mum and dad, like many parents before them, took over and became smitten. At 9pm daily, when they had their cup of tea and a biscuit, Kimba did too. Then one day, he was gone. My father’s theory: the man down the road who sold firewood for a living, and also animal skins, had stolen him for his splendid coat; too awful to contemplate. We crept past his house, peering in his garage, looking unsuccessfully for evidence. But it was trial without jury: Dad never bought firewood from him again.

Feet, a stray who turned up at our student flat in Christchurch and sort of stayed. A stupendously intelligent, empathetic animal. Cost: a small percentage of the money in our weekly kitty was spent on tins of cat food. I guess. I can’t actually remember. I think, though, that the only option was something called jellymeat. My olfactory memory can’t forget the smell of it, unfortunately, and my echoic (new word!) memory can summon up the ad at will.

Mehitabel, given to me by Robert for my 22nd birthday. Price: free, she came from the litter of a friend’s cat. Which was the usual way of getting a pet. Cost? Not sure. Was she spayed in the two years we had her before waving her tearfully goodbye in her new home, and taking off to France? She must’ve been, otherwise there’d have been kittens. The few of you who know the source of her name will be thinking What kittens? Jellymeat. Sheep’s heart.

Your children had pets?

Well, Minnie was Gemma’s. And there was Minnie’s bad lot singleton daughter Sophie, aka Lady Macbeth, and HER litter of lovely kittens, a throwback to their granny, all of whom were happily rehomed. There were also guinea pigs, a hamster who ate an entire towel in France, a lamb called Rodney, white mice, hens which showed their disdain for us by wandering in through the back door and crapping on the kitchen floor. No eggs. A rescue duckling (Francis), a rabbit. Goldfish. A winged horse called Pegasus. The usual. Cost: $5 at a pet shop. Just like the puppy in the song, we saw Minnie through a window, a few days before Gemma turned five. “Five dollars?” said Robert’s mother, aghast. “You paid money? For a cat??” Spaying, finally. A visit with a happy ending to the vet when she accidentally spent a few minutes tumbling in the dryer. Flea powder, probably. No vaccinations, from memory. A few dollars for, in her dotage, the last sad visit to the vet, then brought home to rest under the apricot tree. Jellymeat. Chuck steak. Sheep’s heart.

I blame Biggles Atkins for my changing sides. He was a Bernese mountain dog, the first of three in the Atkins household. They are like St Bernards, only slightly smaller. They are storybook dogs who lie round just begging for you to bury your face in their gloriously thick black, white and golden coat. They pant quietly; they have a tongue which lolls. Attractively – which isn’t the case with humans. With their trustworthy demeanour they look like they would gallantly save you in a snowstorm, although this is unprovable because Palmerston North was unobliging when it came to snowstorms.

They are heartbreakers in many ways, but most specifically because all too often they do not make old bones. The Atkins were kind enough to phone me, to invite me out to their house to say goodbye to Biggles, suffering from inoperable cancer. I decided not to love Algy and Cobber quite so much. Cost: nothing – financially. Well, not to us. Sunny and her felt doppelganger, made for Linda by her daughter Gemma (Photo: Supplied)

So no other dog stole your heart?

I was just coming to Sunny. Our grandpuppy. A red border collie. A darling if there ever was. Convenient to add to the conversation when friends with dogs bragged and boasted about them. A great fan of a roast potato dropped discreetly from my end of the table, in spite of a chorus of don’t waste them on her, and, Mum, we don’t feed her from the table. As with Biggles, you could trust her to save your life if your childhood fears about quicksand became a reality. And like Biggles, she’s a proper dog. Cost: the stealing of our hearts.

What about one of your very own?

Well, there was Covid-19, wasn’t there. You could walk along the middle of the road in lockdown, it was so quiet. You had to, anyway. Two metres from other people in what now feels like the olden days. Everyone talked across the gap. The lucky ones had dogs. Two of my best friends got puppies.

Vet visit to be microchipped. Vet visits for two vaccinations. Each time a quick glance at his armpits, his knees, his little balls, etc. It’s called a consultation. Yes! We have PayWave!

Collars, leads, crates, a cleverly designed bottle to drink out of, things that squeak, things that are chewable, gnawable, toys that extend him intellectually. Treats to reward him for not being a little prat. Stuff for worms and fleas. A book costing $45 which we’ve never used because we’re just not Zen. Special balls from overseas, bought online in a moment of madness, that we’re still waiting for. A home visit from a puppy specialist. Pet insurance. Puppy preschool. Puppy primary school, secondary school and if he’s clever, university. Registration, taken in person to the Wellington office where he took as normal all the staff falling to their knees and adoring him. Haircuts, pedicures. To come: neutering. And then there’s the food. Environmentally friendly food inspired by nature. Salmon has been caught in the pure wild streams for him, possums taken gently from their resting place on the road, free range hens have willingly given up their lives for him. Your puppy deserves the best. Thank you for giving us your superannuation. Dare I ask – has it been worth it?

Well I do worry that he’s not a real dog, not one you could count on to drag you from the burning house. He’s sort of working out that not everyone wants him to leap up and maul their knees. Or gently bite their fingers. Sort of. And that carpet’s not for peeing on. He’s in awe of Sunny, who tolerates him in a slightly tired, haughty way. But can I just mention that in spite of tough competition, he was singled out at puppy preschool? To demonstrate sit and stay?